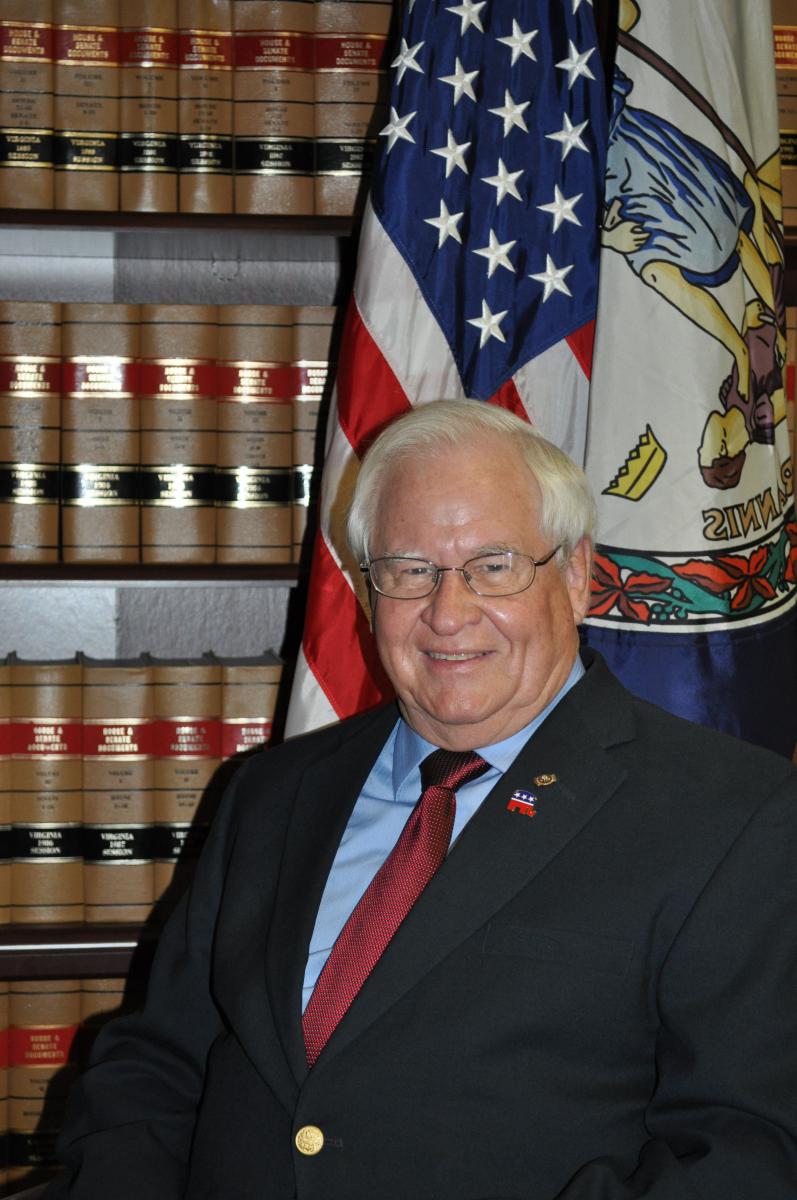 From a report in thecentralvirginian.com:

According to Sgt. James Cooper of the Hanover County Sheriff’s Office, Mullins crashed in the 16000 block of Mountain Road (Rt. 33) when he ran off the left shoulder of the roadway and struck a tree. Mullins was transported to an area hospital where he later succumbed to his injuries.

I’m sorry to relay the information that my father passed away into the hands of the Lord after a car accident in Hanover County this afternoon.

Pat re-joins his wife Jackie Mullins who passed away in 2010.

We obviously are saddened and shocked by the news. We take peace that Pat is with his Lord and Risen Savior and reunited with his wife and our mother that he married in 1963.He will be greatly missed by his 4 children and their spouses, his 6 grandchildren, his brother, his cousins, and the many friends and family that he has impacted over his 79 years on the Earth.

Once we have information on the services and arrangements for Pat, we will let you know.

Thank you for your prayers.

Pat Mullins was chairman of the Republican Party of Virginia from 2009 until his retirement in 2015 at the age of 77. Prior to his time as chairman of RPV he was Chairman of Fairfax Republican party and Chairman in Louisa County.  He served his party well and was loved by thousands of Republicans across the state both as a party chair and as a fun and interesting man with a great sense of humor and a great southern accent.  No one told a story better than Pat Mullins.

A statement from the current chairman of the party, John Whitbeck:

“Republicans across Virginia are shocked and saddened to hear of the sudden loss of our former Chairman, Pat Mullins. Pat steered our Party through some of its most difficult times, and his presence will be sorely missed.

“To spend time with Pat was to sit with a master storyteller, and savvy deal maker. There were few people he hadn’t met, and fewer still that he didn’t have a story about, which he was always more than happy to sit and tell. The only things he loved to talk about more than politics were his grandchildren, and his work with the therapeutic riding community.

“For many of us, the indelible image of Pat Mullins isn’t a party chairman in a suit, but a loving grandfather spending time with his family at Lake Anna – and I know Pat wouldn’t have it any other way.
Our prayers are with the entire Mullins family. Pat Mullins was a wonderful man, a great Virginian, and we are thankful for the short time we got to spend with him.”

Pat Mullins will be greatly missed.  More on his passing here and here.

I got to know Pat back when I was a member of the Fairfax County Republican Committee and grew to respect his style of leadership. I recall Tom Rust remarking that Pat “made it fun again” to be involved in the work of our Grand Old Party. As a direct result of his work, monthly committee meetings became packed, precinct chairs had full polling place coverage, and we won. As RPV Chair, Pat brought the same style of gifted leadership. We will miss his wit, his devotion to the principles and values that bind us together, and his special brand of leadership.

I think we all are. He was such a good man, and a great storyteller with a terrific sense of humor.

I am shocked and so sad to hear this news. In addition to being a great Virginian, Republican, and patriot, Pat was such a good friend and funny man. We are better for having Pat Mullins in our lives. Rest in peace, good man.