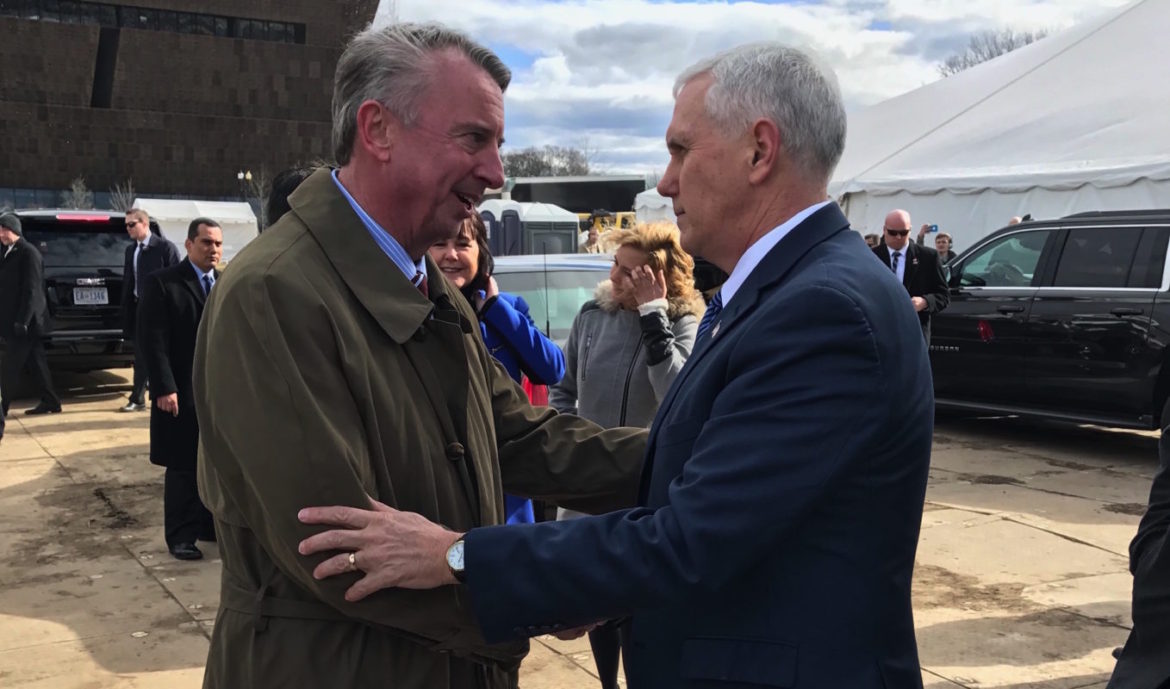 Vice President Pence will headline a fundraiser for Republican candidate for Governor Ed Gillespie on August 19th in Richmond.  That same day Gillespie will be addressing the Americans for Prosperity “Defending the Dream” summit in Richmond.  From the Washington Post:

“A friend and successful former governor, Vice President Pence has long been a champion of pro-growth economic policies, and I look forward to welcoming him back to the Commonwealth,” Gillespie said in a statement to the Virginia News Advance, which first reported the news of the fundraiser.

Won’t be voting for Ed.
Don’t like or trust Pence, you every drove through northern Indiana, it’s a dump.
A good test is a “state rest stop”,,, Indiana are crappy.
Only good thing about Indiana is it’s farm land and farmers. And Pence had/has nothing to do with that

I like VP Pence!
Mike Pence was the Governor of Indiana , way different than Central Va.
How did he use his Governorship to end Employee Misclassification?
How can his experience or as Governor on this issue aid Gillespie.
For Gillespie to say (at LU Debate) he will cut DPOR Regulations to create jobs and broaden the base yet not discuss EO24 of the employment of illegal aliens shows his direction will provide Santurary itself.
Say no to Executive Santurary,
say NO!!!, NO!!!,NO!!! to Ed¡