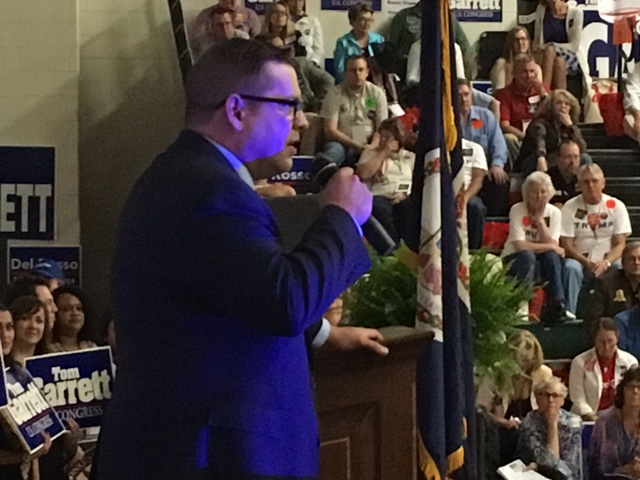 As we reported yesterday, from the moment we knew Jim McKelvey would be dropped from the second ballot after finishing in last place on the first ballot, the inevitability of a third ballot to decide the nomination became clear.

In addition to our reporting from yesterday, the Lynchburg News-Advance is also a good resource, with a report on reactions to Garrett’s victory from the other candidates.  NBC29 has a story, and a video interview of Garrett after adjournment of the Convention.