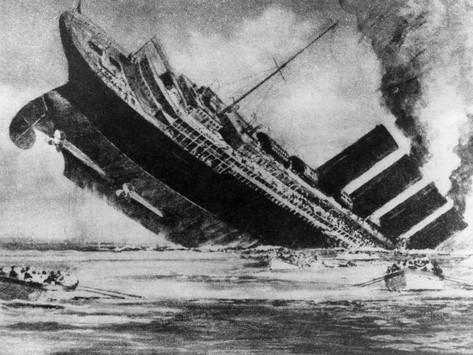 Sinking of the Lusitania, May 1915

Vignettes and Snapshots of the Great War (Part II)

Britain and Germany also fought a wide-ranging sea-war during the Great War. The British used their naval superiority to blockade the North Sea to keep food and munitions from reaching Germany, while Germany employed its submarine fleet to interdict ships carrying supplies to the British Isles. Germany sank millions of tons of British shipping before the Allies organized convoys with destroyer-protection to fend off the submarines.

The one great surface battle of the war occurred at Jutland, off the North Sea coast of Denmark, on May 31, 1916. Britain sent 151 warships, including 28 battleships and 9 battle cruisers, under the command of Admirals Sir John Jellicoe and Sir David Beatty. They engaged the German High Seas Fleet of 99 warships, including 16 battleships and 5 battle cruisers in a two-day action which cost Britain 7,000 casualties and the loss of 3 battle cruisers, 3 armored cruisers and 8 destroyers. Germany suffered 3,000 casualties and lost 1 battle cruiser, 1 pre-dreadnought, 4 light cruisers and 5 torpedo-boats. Historians called the battle a â€œdraw,â€ although Britain lost 113,000 tons, while Germany lost only 62,000 tons.

Britainâ€™s highly visible surface-fleet blockade sank relatively few ships â€“ and then only after letting passengers and crew debark. But the German submarine was a stealth-weapon that struck from beneath the surface without warning â€“ a practice called â€œunrestricted submarine warfare.â€ It was very effective, but the lack of warning produced an international outcry over the weaponâ€™s â€œinhumanity.Â  Approbation about the surprise attacks reached a climax after the British liner Lusitania was torpedoed without warning off the Irish coast on May 7, 1915. The ship sank in just eighteen minutes with the loss of 1198 lives, including 128 Americans. The ensuing international uproar forced Germany to halt unrestricted sub-warfare. 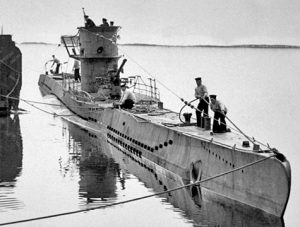 The Lusitania-disaster turned many countries against Germany and the Central Powers. Shocked by the horror of the event, Americans who had been indifferent about the war began to move toward the Allied side. German atrocities in Belgium â€“ including the wholesale starvation of its people and widely condemned execution of British Nurse Edith Cavell â€“ virtually guaranteed that America would never join the war on the side of the Central Powers.

President Woodrow Wilsonâ€™s warnings to Germany about the submarine-attacks cooled American tempers and allowed him to win a second term, in 1916, on the slogan: â€œHe kept us out of war.â€ But by 1917, with their resources in men and materiel running low, the German high command decided to resume unrestricted submarine warfare, in a desperate effort to weaken Britain and win the war. Czar Nicholasâ€™s abdication in March 1917 also presented Germany with a chance to knock Russia out of the war. With Russia eliminated they would be able to strike a massive, victorious blow in the west.

The German high command knew that resuming the unrestricted submarine campaign was almost certain to bring the USA into the war, but they gambled on being able to defeat Russia before we could field a significant army. They were also relying on their submarine fleet to prevent American troops from reaching Europe. And, in a bid to gain added insurance, Germany offered Mexico the return of Texas, Arizona and New Mexico, if they would fight us, in the event that we declared war on Germany.

British intelligence, however, had broken the Germansâ€™ secret code. A telegram from German Foreign Minister Arthur Zimmermann, detailing the territorial-offer to Mexico, was intercepted, decoded and relayed to the United States in February 1917. Publicity of the â€œZimmermann Telegramâ€ enraged the American people. Added to the submarine-issue, it was the last straw for Woodrow Wilson and the country. Within weeks we entered the war that would change America forever.

Bitter fighting still lay ahead. The disastrous fiasco at Passchendaele over the last six months of 1917 cost Britain over 200,000 casualties, and Germany perhaps as many as 300,000. (Accounts of the casualty-figures have varied over the years since.) 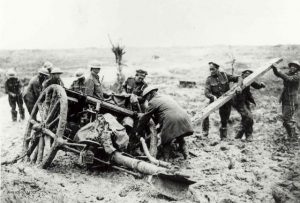 Both sides were exhausted by early 1918, But Germany achieved a political masterstroke by shipping the communist revolutionary Vladimir Lenin into Russia in the fall of 1917 â€“ like a â€œbacillusâ€ in a sealed train, as one commentator put it â€“ to execute a coup and take Russia out of the war. Lenin and the Bolsheviks took over the government in the â€œOctober Revolutionâ€ (actually 6-7 November, by the New Style calendar). Lenin immediately sued for peace, and the Treaty of Brest-Litovsk was signed on March 3, 1918. Germany annexed 400,000 square miles of Russian territory, but Lenin didnâ€™t care. He knew his revolution could not last unless Russia quit the war. 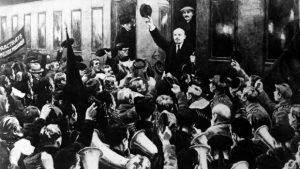 As expected, the peace with the fledgling USSR allowed Germany to transfer vast amounts of men and weaponry to the Western Front to try to finish off the Allies. At first the great offensive made great advances, but in the year since Americaâ€™s entry we had sent some 2 million fresh troops to France. Using the new â€œtankâ€ to great advantage, the Allies stopped the German advance in July. And at the Battle of Amiens (8-12 August 1918) the Allies began the final push which ultimately ended the war. General Ludendorff called August 8th â€“ when over 12,000 German soldiers surrendered â€“ â€œThe Black Day of the German Army.â€ Kaiser Wilhelm abdicated in early November, and the Armistice was signed in a railway car at Compiegne, France. It became effective at 11:00 AM, French time, on November 11. 31 October 2018 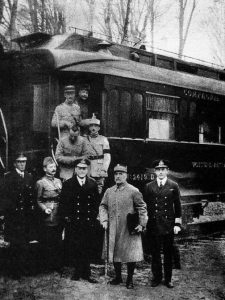 Signing of the Armistice at Compiegne, November 1918

Are kids today taught that we â€œwonâ€ the Great War? I hope not. We didnâ€™t, although our entry was timely and significant. We were key players in halting that German drive in 1918, and launching the Allies decisive final push that brought about the Armistice.

Although understandable, from a military standpoint, the Armistice was politically unwise. In particular, the Treaty of Versailles, signed on June 28, 1919, concluded the War to End War without a clear victory by either side. Germany withdrew its armies from territory they had conquered, but German soldiers did not believe they had been defeated in the field. This impression helped to create and propagate the myth that the November Criminals â€“ a label which Hitler later pasted on the Jews â€“ had betrayed the German Army by agreeing to an unjust, humiliating peace. Hitler ceaselessly hammered the â€œstab in the backâ€ narrative to justify rearmament during his rise to power. How that narrative fueled a titanic resentment in the German mind during the 1920s and â€˜30s should be a cautionary tale for all modern politicians. 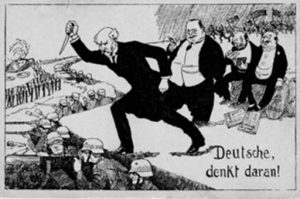 The Versailles Treaty also dealt harshly with the Austro-Hungarian and Ottoman Empires, breaking them apart into numerous weak states. The Allies believed that this would ensure future tranquility. Instead, the redrawn maps of Europe and the Middle East produced instability and strife which continue to the present day in both areas.

Woodrow Wilson crafted his famous Fourteen Points for peace before the war ended. (See https://en.wikipedia.org/wiki/Fourteen_Points ) His 14th Point presented the novel idea of a League of Nations to settle international disputes. But the nations who had suffered great damage at the hands of the Central Powers mostly ignored Wilsonâ€™s high-minded plan, except for the League. They blamed Germany for starting the war, and set about extracting compensation and territory from their â€œdefeatedâ€ foe.

Even at the time, some statesmen warned that the harsh terms imposed on Germany would incubate resentment in the proud German people that would finally lead to another, more terrible war. As we now know, that prediction was entirely correct.

Back home, President Wilson campaigned to convince America to join the League. But he failed and broke his health in the effort. Historians are still arguing over whether our absence fatally weakened the League, or whether it was doomed from the start by having no actual power to counter armed aggression with force. Japan withdrew from the League in 1933 when it faced criticism for its aggression in Manchuria. Germany was admitted to the League in 1926, but also left it in 1933, soon after Hitler came to power. The League was formally disbanded in 1946.

Our late (but decisive) participation in World War I propelled us to great power status. But after the Armistice we eagerly returned to â€œisolation mode,â€ until the furies of war once again roused us to action in 1941. With only occasional, brief periods of peace, we have essentially been at war ever since. 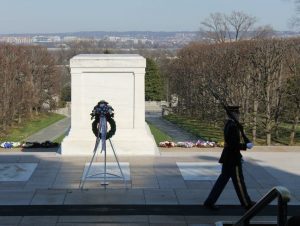