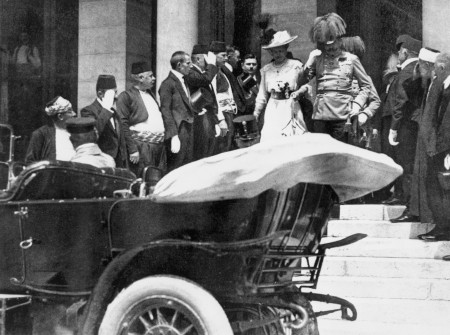 Vignettes and Snapshots of the Great War

Judging by young people’s scant acquaintance with history before 1960, I doubt if very much is taught about World War I in school today. It’s understandable, of course. It all happened a century ago – as far back as our Civil War was, when I was a lad – so it probably doesn’t seem very relevant, what with critical matters occupying our attention, like gay marriage, gender-modification surgery, deciding which restroom to use, safe spaces, and what Brett Kavanaugh did as a teen. (Sorry, I couldn’t help myself.)

The centenary of America’s entry into the Great War passed in April of last year, and the centenary of the Treaty of Brest-Litovsk, which made peace between Germany and the USSR, just passed on March 3 of this year. Little of this is heard nowadays, so I thought a few words might be timely. (Contrary to my grandkids’ belief, I did not personally know Kaiser Bill,1 Woodrow Wilson, or General Pershing.)

On April 6, 1917 President Woodrow Wilson asked a joint session of Congress for a declaration of war against the Central Powers – i.e., Germany, Austria-Hungary, Turkey and Bulgaria. His stated aim was to “make the world safe for democracy.” For the first time in our history we entered a war on the European continent.

During the 1940s and ‘50s, the World War – as my grandma always called it – was still visible in the rearview mirror. It happened before my time, but many sixty-something veterans of the war were still around, including Dr. V. Raymond Edman, president of Wheaton College, Air-ace Eddie Rickenbacker, and many neighbors and members of our church. Our junior high music teacher, whose career started in 1915, taught us World War songs like “It’s a long way to Tipperary,” “Over There,” and “Pack up your troubles in your old kit bag.” In elementary school we still observed a Minute of Silence at the “eleventh hour of the eleventh day of the eleventh month” – i.e., 11:00 AM on November 11th – in remembrance of the 1918 Armistice that ended the Great War.2

When we declared war on Germany, the catastrophic European conflict had been raging for nearly three years. Millions of soldiers had died, and millions more were crippled by gas and debilitating wounds. With our own civil war barely 50 years back, Americans were little inclined to join what some historians were already calling “the European Civil War.” Our intervention was initially considered unlikely because sizable numbers of our citizens came from countries on both sides of the conflict. As was our wont, we preferred to hold our fire until the situation clarified. American merchants were also profiting nicely by selling food and armaments to both sides.

The war had erupted in August 1914, when Europe’s network of treaties collapsed like a house of cards following the assassination of Austro-Hungarian Archduke Franz Ferdinand. The Archduke and his wife were shot to death as they rode in an open car in Sarajevo, Bosnia, on June 28, 1914. The assassin was a teen-aged Serbian nationalist named Gavrilo Princip, who was quickly apprehended and linked to the Young Bosnia society – a group committed to ending Austro-Hungarian rule over the Balkan states of Bosnia and Herzegovina, by violent means if necessary. Years earlier, the German Kaiser had darkly predicted how the great European war would begin. “Some damned fool in the Balkans will start it,” he said.

Most of Europe quickly forgot the Hapsburg Crown Prince’s untimely demise and went on with life. But high military and government figures of the Austro-Hungarian Empire were quietly plotting how to gain political advantage by taking revenge on Serbia, which they blamed for the assassination. When Austria-Hungary suddenly delivered an ultimatum to Serbia on July 23, 1914, alarm-bells went off all over Europe. Austria-Hungary had obtained Kaiser Wilhelm’s tacit approval to punish Serbia for what the Kaiser called “this despicable crime.” So the way seemed open for a nice little war of reprisal. On July 28 Austria-Hungary started the Great War by attacking Serbia.

But the ancient Hapsburg emperor, Franz Josef –a contemporary of Lincoln born in 1830 – had unwisely ignored his giant neighbor and rival, Russia. Czar Nicholas II3, who considered himself the Protector of all Slavic peoples, including the Serbs. The Czar immediately mobilized his armies, thereby signaling his readiness to go to war unless Austria-Hungary backed down. 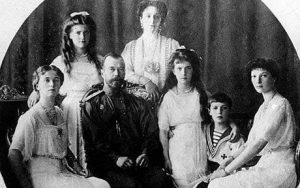 The Russian mobilization alarmed Kaiser Wilhelm and the German government, prompting a desperate exchange of communiqués between the “dear cousins,” Nicky and Willi, as they tried to stop their countries’ slide toward war. (Both rulers were grandsons of England’s Queen Victoria.) Wilhelm begged Nicholas to cancel his mobilization order, but the Czar could not (or would not) make it happen. Despite the monarchs’ frantic telegraphing, Germany declared war on Russia on August 2, 1914.

After that, it all “went to hell in a hand-cart,” as one old veteran put it. France declared war on Germany, ostensibly to fulfill their treaty-obligations with Russia. But in reality, French military leaders had been plotting for 40 years to regain the Alsace and Lorraine provinces that were ceded to Germany after France’s defeat in the Franco-Prussian war of 1871. Germany’s declaration against Russia gave France the chance they had been waiting for: the French Army launched their long-anticipated Plan 17 to retake the provinces.

Having anticipated that development, Germany opposed the French attack with one army, while launching its colossal Schlieffen Plan which sent 1.5 million men in seven German armies on a sweeping right-hook through neutral Belgium and into northern France. On the offensive’s extreme right, Germany’s First Army was 300,000-strong. Field Marshall Alfred von Schlieffen, the plan’s designer, died in 1913 supposedly muttering, “Keep the right flank strong.”

The German high command expected to defeat France in a few weeks before confronting the (supposedly) slow-moving Russian armies that were marching eastward. Germany’s strategy depended on a quick march through Belgium, which was “asked” to grant unopposed passage to the Kaiser’s armies. But Belgium’s King Albert frustrated the German plans by refusing the request and mobilizing his own forces. Defeating the Belgian armies cost Germany thousands of casualties and delayed their timetable by several weeks. This allowed Russian forces time to reach East Prussia and pose a threat that Germany had to counter. The resulting Battle of Tannenberg, in which Germany destroyed two Russian armies, produced the first great German victory of the war and catapulted Generals Hindenburg and Ludendorff to positions of great influence.

Germany’s violation of Belgium triggered Great Britain’s treaty obligations with that country, prompting British Prime Minister Asquith to demand Germany’s immediate withdrawal from Belgian territory and cessation of all hostilities. When that demand was ignored, Britain declared war on Germany on August 4, 1914. Britain immediately sent an expeditionary force to France. It helped the French army to stop the German advance at the Marne in early September 1914.

On October 28, the Ottoman Empire joined the Central Powers. And after remaining neutral for nearly ten months, Italy declared war on Austria-Hungary on May 5, 1915, with the aim of gaining control of some disputed territory. Ultimately the Allied Powers grew from the initial Triple Entente of France, Russia and Great Britain to include twenty-seven nations. The Central Powers were Germany, Austria-Hungary, Turkey, and Bulgaria. The war was waged in Europe, Africa, the Middle East, and the Far East.

A war of movement by great armies on the Western Front quickly degenerated into a defensive war, with both sides sheltered in elaborate systems of opposing trenches that stretched hundreds of miles from the Swiss border to the North Sea. Desperate attempts by both sides to break through the enemy’s line produced appalling casualties, numbering in the millions. Sixty thousand British soldiers fell at the Somme on the morning of July 1, 1916. And seven hundred thousand French and German soldiers died during the nine-month Battle of Verdun, in 1916, that “bled the French army white,” as German Field Marshall Falkenhayn had intended.

Horrific new weapons – including flame-throwers, poison gas, one-ton artillery-shells, gigantic guns that bombarded Paris from 75 miles away, armed warplanes, submarines, Zeppelin bombers, and tanks – added to the carnage. My great uncle, who served with the American Army in the Argonne (1918), said little about his experience except that it was “hell” and he felt lucky to have survived it. 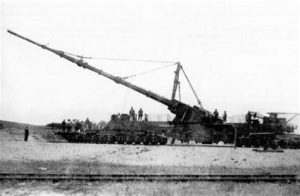 (Part II in next article.)

[3] Czar Nicholas II (1868-1918), the last emperor of the Russian Romanov Dynasty, reigned from 1894 until his abdication in 1917. After his “dear cousin,” George V of England, refused sanctuary to the Russian royal family, Nicholas and his wife and five children were shot to death by the Bolsheviks in July 1918. 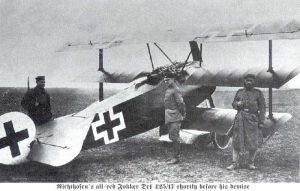 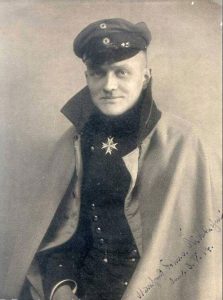 Vignettes and Snapshots of the Great War was last modified: October 26th, 2018 by Woody Zimmerman