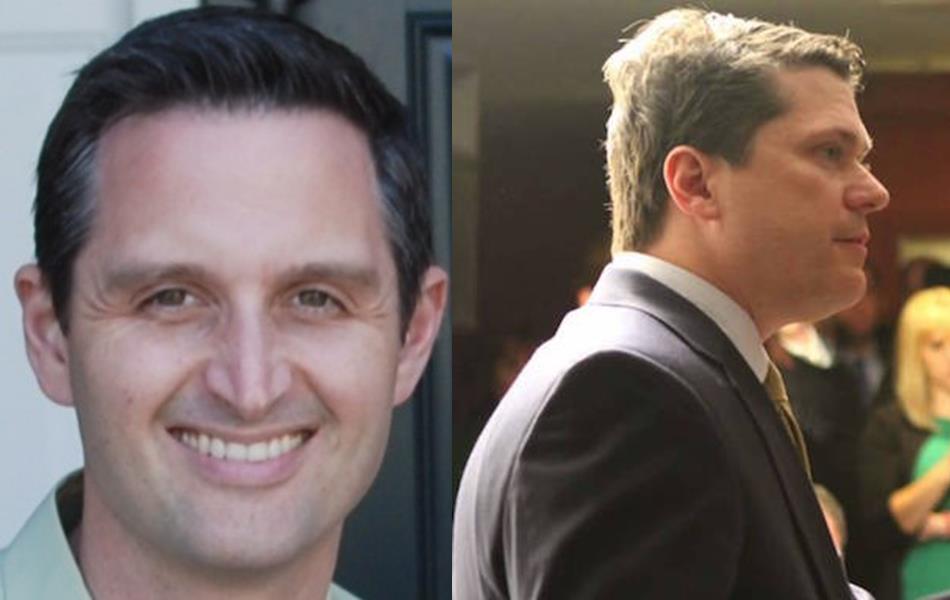 UPDATED: Vince Haley to Re-enter the Race for RPV Chair

In January Vince Haley entered the race for Chairman of RPV against the current Chairman John Whitbeck.Â Â In February he suspended his campaign.Â  Haley has now decided to reactivate his campaign against Whitbeck in the April 30th State Convention in Harrisonburg. Â Haley’s announcement could come as early as Tuesday morning.

In a quote from someone close to the campaign, Haley is getting back in because â€œHe had hoped that the Republican Party of Virginia was taking steps to become an organization that was laser focused on victory in November and the fair management of party races across the Commonwealth.Â  This hope was misplaced, which is why he is reactivating his campaign for Chairman.â€

UPDATE:Â We note above that Haley “suspended” his campaign in February, which is how Haley’s team have described that move. Â We should also note that in February he issued a statement in which he said, “Today, I have decided to withdraw from the race for RPV Chairman.” Â The distinction between “withdraw” and “suspend” may determineÂ whether Haley is allowed to have his name on the ballot at the RPV State Convention in Harrisonburg at the end of this month.

You are the lifeblood of the Republican Party — the keepers of the Republican Creed. You do the hard work needed to win: staff the polls; knock the doors; make the phone calls; and have your voice heard at conventions.

It is in the spirit of service to you that I have made the decision to re-enter the race for RPV State Party Chairman. I humbly ask for your support.Â

When I suspended my campaign in February, I had hoped that the Republican Party of Virginia would take steps to become an organization that was laser focused on victory in November and the fair management of party races across the Commonwealth. This hope was misplaced, which is why I am reactivating my campaign for Chairman.

We have an umpire problem at RPV.

This is not the fair calling of balls and strikes by a neutral umpire.

This is picking a side. Itâ€™s an abuse of trust.

Who would want to get involved in a local party race if all the time and hard work of grassroots candidates can simply be neutralized by shadow money allocated by the RPV Chairman and his Executive Director?

If this is business as usual for those running a state party organization that we the party faithful are supposed to accept â€“ then count me out. I oppose such a practice, I pledge to never engage in such behavior if elected Chairman, and I hope to rally a majority of those attending the state party convention to join me in doing so.

How can RPV be laser focused on victory in November if it is so busy trying to enforce loyalty to RPV leadership?

The RPV should not try to control the direction of local parties. RPV should instead let the will of the grassroots play out in their local jurisdictions.

In order to be prepared for victory in November, we must have a Party that is competent and totally dedicated to fighting for the Republican Creed. We are in desperate need for an autonomous state party — an honest broker above any suspicion that it is tipping the scales for or against certain candidates in party races.

You deserve not just a better RPV, but an excellent Republican Party of Virginia. You deserve leadership that represents you with honor andÂ never forgets that leadership in our Party is a sacred trust. The principles of the Republican Creed are not secondary considerations.Â Iâ€™ve devoted the last 14 years of my life to that cause. I am proudly 100% pro-life, pro traditional marriage, pro-2nd Amendment, pro-Veteran, and anti-tax-and-spend. As RPV Chairman, I will not compromise our Republican Creed nor kowtow to those who would undermine it.Â  I will not take marching orders from anyone else but you. I will fight for our common values and Iâ€™ll make sure national Republicans hear your voice loud and clear this summer in Cleveland.

The time to restore our identity and trust in our Republican Party is right here and now.Â Letâ€™s elect a Chairman who is unafraid and unapologetic to stand with those who honor the very principles for which our Founding Fathers sacrificed their lives, fortunes, and sacred honor.

With a Republican Party that guards its principles and keeps its promises, we can save our Republic, bring greater prosperity and freedom to the Citizens of the Commonwealth, andÂ bring the Republican Party of Virginia into a new era of principle, efficiency, service, and victory.

I earnestly look forward to your support, our conversation, and engaging with so many new friends over the next few weeks.Â Thank you for this tremendous opportunity to keep the promise. Letâ€™s build a party worthy of our creed and of you, the grassroots.

I look forward to seeing you in Harrisonburg at the James Madison University Convocation Center on April 29thÂ and 30thÂ and I humbly ask for your vote.

Looking at a picture of Whitbeck and it looks as though he has morphed into Cantor. If you are one of the true conservatives (that is constitutional) Whitbeck thinks of you as Cantor and Jeb Bush does. If you love those two you should vote for Whitbeck. As for me I never vote for an establishment candidate.

I’m told Whitbeck is now manipulating the rules like the Republicans always do to block having a challenger. Shame shame we all know your name!

Who are these people telling things? My broker is EF Hutton and he says….

Well you told us your brokers name, what’s yours?

What is Whitbeck doing?

What is going on?

You love quoting individuals with no names….

This will now be an interesting convention.

Yes. Just would we would expect from a Virginia Republican convention!

I expect long boring speeches and painful chairs that will not mold to my svelte figure.

What are his views on Mass Meetings and misapplication of basic rules of membership?

Whitbeck is probably as good as it gets.

Heck, I’m happy he’s better than Rinse and the Rove.

Is that even possible? Does he have to refile or did he never officially drop out?

Vince Haley’s letter in mid-February began with “Today, I have decided to withdraw from the race for RPV Chairman”.

That is not a suspension.

http://www.vincehaley.com wants its owner to pay for the hosting.

What did he officially do? What did he tell the nominations committee?