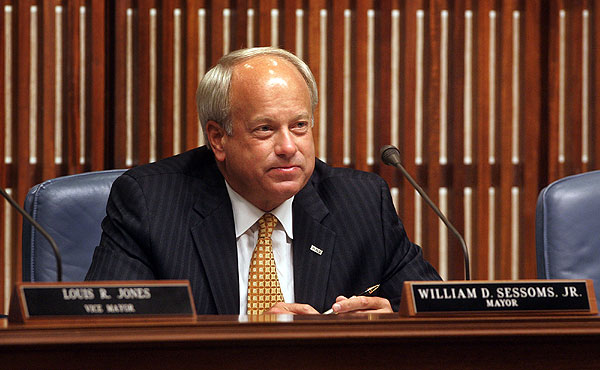 Virginia Beach Mayor Will Sessoms Charged with Conflict of Interest

On Wednesday Virginia Beach Mayor Will Sessoms was charged with 5 counts of violating Virginia’s Conflict of Interest Act.  The charges stem from votes he cast which benefited TowneBank when he was President of the bank.

Michael Doucette, Lynchburg’s Commonwealth Attorney, acted as the special prosecutor to examine whether votes taken by the mayor on developments involving TowneBank clients violated state and local conflict of interest laws. He was appointed on Nov. 19 to the position after Virginia Beach Commonwealth’s Attorney Colin Stolle recused himself.

Getting rid of this turncoat should be scored as another big win for VA Republicans. We do not need a RINO mayor who helped elect Tmac.

Reply
Sessoms Can be Removed from Office if Convicted - The Bull Elephant November 5, 2015 at 5:35 pm

[…] Virginia Beach Mayor Will Sessoms Charged with Conflict of Interest […]

No need digging for this heap of cronyism, they left all the poop by the road.

Only misdemeanors though. Looks like Slick Willie just has to pay a fine. He should be under the jail cell. The one Bob McDonnel could be using. After all Bob did owe Slick Willie favors. Bob McDonnell, from Virginia Beach, had loans at TowneBank that he did not have to prove he could pay. Now where do you get loans like that? Slick Willie testified in court at Bob McDonnells trial saying just that, “the bank did not require that information”.

The TEA Party along with other grassroots organizations have been fighting this blatant abuse of power for years. Most of the elected officials are in the tank with Slick Willie. Behaps up north the corrupt are like cats. They crap then cover it up. Here in VB their like dogs, they crap it in the open and just leave it there.

Now let’s check out the “Media Moffia”, thank you Rubio. Up at bat is Billy Harrison. Who is he you ask? Well our Billy Harrison was on city council, was CEO of the Virginia Pilot local paper, on Board of Directors at TowneBank, and defince attorney for Slick Willie.

In addition to my comments regarding transportation and it’s corruption Billy Harrison and Mayor Slick Willie are both on the MPO in Northern Virginia and Slick Willie is on HRTAC in Hampton Roads. Things that make you go hummmm. ,