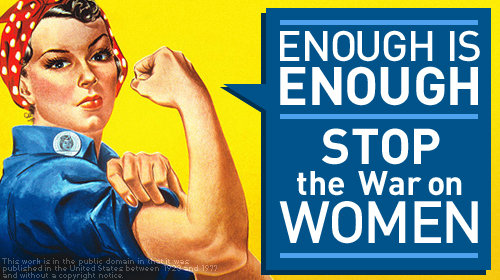 Virginia Board of Health Removes Safety Standards on Abortion Clinics

Under Governor Bob McDonnell abortion clinics were required to be like any other facility where surgeries are conducted.  Clinics needed to meet the same health and safety standards as hospitals and out-patient clinics.  Governor McDonnell and the Republicans in the General Assembly wanted women to be safe but Governor McAuliffe strongly opposed any rules or restrictions on abortion clinics. For Democrats it is far more important for women to have abortions than for them to be safe.

A year ago McAuliffe’s Health Commissioner, Marissa Levine, a woman with an interesting background, began the push to repeal the rules on abortion clinics. Yesterday the Board of Health voted to overturn the rules and restrictions on abortion clinics. The Board is dominated by McAuliffe appointees so the vote was 9-6.  Once again Democrats prove that they don’t really care about protecting the lives of women, it’s all about making sure they have abortions.  Why are abortions the always the sword Democrats will die on?  Must they let women die to protect it?

A year ago Mark Herring went so far as to not protect young women, children, from abuse because their chance to have an abortion was far more important. Herring ruled that mandated reporters of abuse, doctors, social workers, teachers, need not report sexual abuse, including rape, of minors unless the abuse came from their father.  If a 50 year old child predator rapes a 12 year, there is no need to report it.  It’s more important that nothing slows down her ability to have an abortion. Abortion is more important than abuse and rape of children.

The War on Women is alive and well in Richmond under the McAuliffe administration. They do not care if women are safe and in healthy environments when they abort their babies. Nor do they care if young girls are being abused by sexual predators. Democrats do not care about women, they only care about killing babies.  It’s their raison d’être. Always.

Yes, they should ban abortions outright. Until then, we should do anything we can to chip away at the 700,000 abortions/year (from all sources).

If you need some motivation to understand why, here it is:

The National Right to Life Committee (NRLC) is urging U.S. Senators to vote yes to the Pain Capable Unborn Child Protection Act (H.R. 36), which would ban abortions after 20-weeks based on the scientific fact that unborn babies at this age have the capacity to feel pain. The Senate is scheduled to vote on the pro-life bill on Tuesday, September 22nd, and in a letter, NRLC explains to the Senators why this legislation is so important.

They wrote, “It is now commonplace to read about evidence that, by 20 weeks fetal age and even earlier, an unborn child responds to many forms of stimuli, including music and the mother’s voice. Claims that the same child is nevertheless insensible to the violence done to her body during an abortion should engender strong skepticism.”

“Abortions at this stage are performed using a variety of techniques, but most often by a method in which the unborn child’s arms and legs are twisted off by brute manual force, using a long stainless steel clamping tool,” they added.

In the past, abortionists have admitted that late-abortions are incredibly violent and cause many to pause. For example, late-term abortionist Warren Hern wrote in a paper for the Association of Planned Parenthood Physicians what it feels like to perform an abortion in which he tears the baby apart, limb by limb.

He said, “[T]hose capable of performing or assisting with the procedure are having strong personal reservations about participating in an operation which they view as destructive and violent… Some part of our cultural and perhaps even biological heritage recoils at a destructive operation on a form that is similar to our own…We reach a point…where there is no possibility of denial of an act of destruction by the operator. It is before one’s eyes. The sensations of dismemberment flow through the forceps like an electric current…”
It’s time to stop supporting 6th century barbarity and step into the 21st century. Whether we take little baby steps to do that or one giant leap, anything we do is worth the effort.

Women were safe before and the new regulations didn’t do anything to make women safer.

Yeah, having a sterile environment to rip out babies so baby parts can be sold to the highest bidder shouldn’t be much of a concern for anyone. “13 of the 18 clinics in Virginia have waivers through next April that allow them to stay open in spite of not meeting that code.” So much for women’s health.

Inflammatory horsecrap. That “code” mandated things like the amount of parking spaces needed and corridor widths.

There never had been any concern about sterile environments or any medical needs with the existing clinics. This was a horsecrap legislative way for Republicans to close down abortion clinics because there way no other legal way to accomplish that. Virginia never had a “Kermit Gosnell” problem and wasn’t about to.

Abortion sucks. But it’s legal. If you want to outlaw abortion, do it above-the-board and straight up. Don’t try crap like this to get around the laws and court decisions.

I know, the LAW. As long as it is by judicial decree.

Again, if you want to ban abortion, pass the law to ban abortion. Do it straight up. Get enough like-minded judges and let them eventually overturn Roe v. Wade (Whoopsie, I’m guessing that kind of judicial activism will be acceptable to you). Here’s a news flash. You can’t get that done and you won’t be able to get that done. But if you want to do it, go right ahead and try do the process directly. No backdoor horsecrap like SB 924 was.

Abortion is a horrible thing, but it’s the law.

& that’s it in a nutshell. It is horrible. It is legal.

This whole “edited” planed parenthood tape is nothing more than a diversion. The what has become the Republican’s annual shut the country down and hold us hostage diversion, while they pass anti-middle class legislation such as HR 156 & S 1312. These type bills also bring in PAC money from big oil. Reverse Robin Hood Legislation.

I have had enough of the Republican’s talking about social issues to avoid the real issues. Wednesday night was little more than an adult kindergarten class, that degraded the Regan Library.

i hope that the Virginia Senate Republicans will capitalize on this to the max with the media as the Democrat lack of care for women!

” Why are abortions always the sword Democrats will die on?”
It is amazing the extent Democrats will go to kill people, and particularly innocent people. And it is more incredible how blind they are to their own evil. The level to which people have become deceived is almost unfathomable, as is their insistence on killing children.
My contempt for our current sleezeball Governor McAuliffe just deepened.

How can an appointed board “repeal” a law passed by the legislature? Shouldn’t they have to pass a new law repealing it?