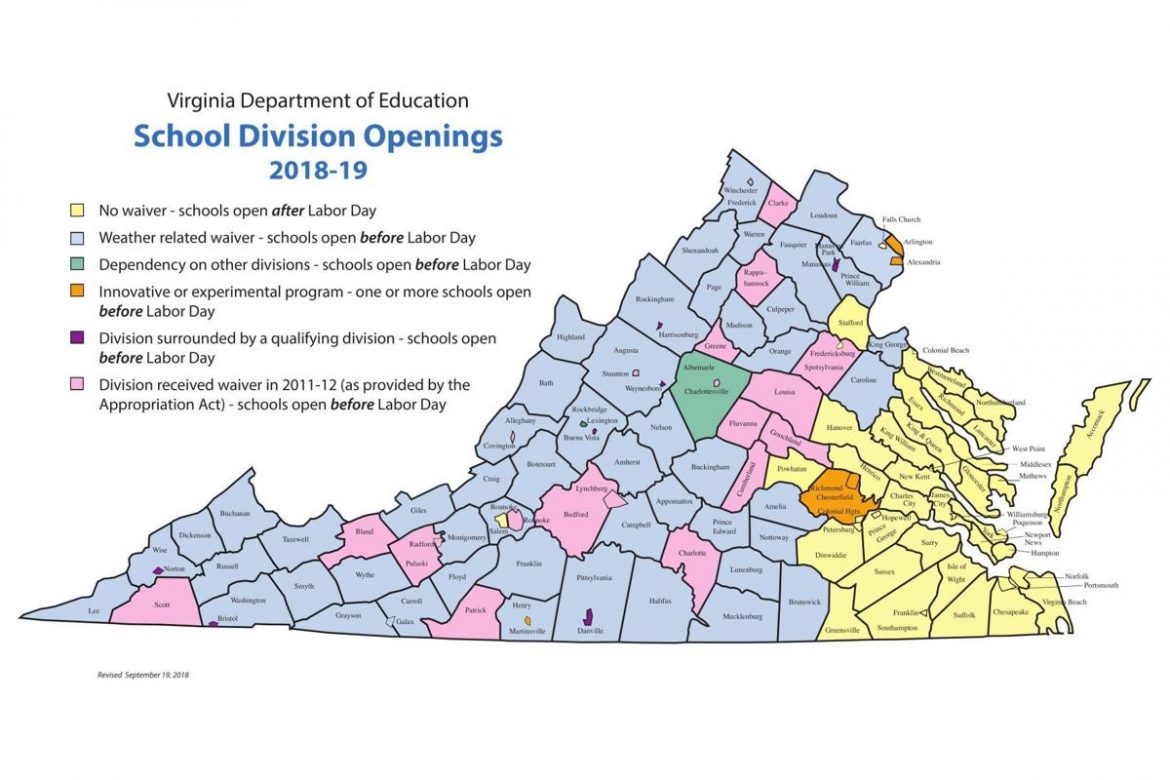 The General Assembly has passed a law that will allow all K-12 public schools in Virginia to begin before Labor Day should they choose to do so.

In 1986 a law was passed, commonly referred to as the Kings Dominion law, which prevented any Virginia school system from beginning school prior to Labor Day, unless they were granted a waiver from the law.  The law was designed to help stretch the summer tourist season and strongly supported by the tourist and travel industries.

Eventually only 44 school divisions in the state did not get waivers to begin school prior to Labor Day. 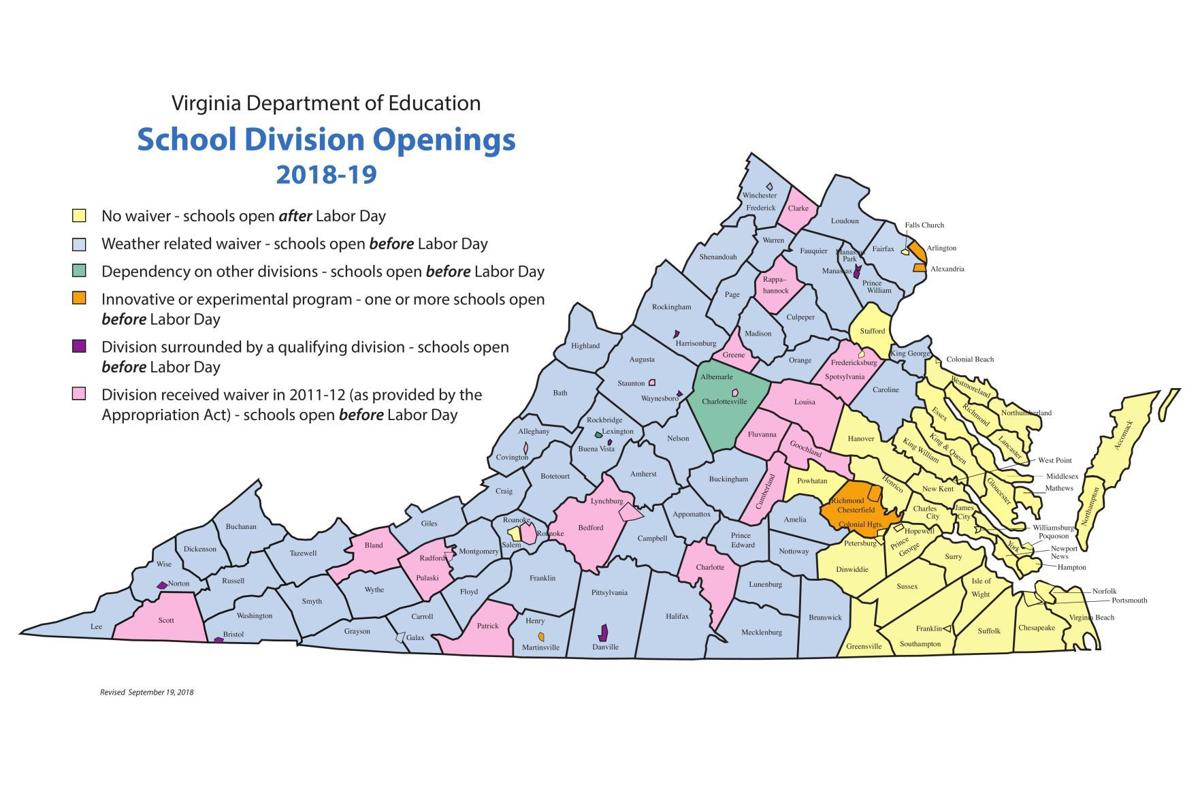 The new law awaits the signature of the Governor who has not indicated if he will sign it or veto it.

Under the new law schools systems across the Commonwealth could begin school up to two weeks prior to Labor Day.  The Friday before Labor Day would be a holiday for students making it a 4 day weekend.

“We’ve had it upside down for many years,” said Sen. Amanda Chase, R-Chesterfield, who carried the legislation in the Senate, which passed Chase’s bill 26-14. “Kids are ready at that point to get back to school and the time is right to give the power back to the teachers and the schools and those who know what’s best for our kids.”