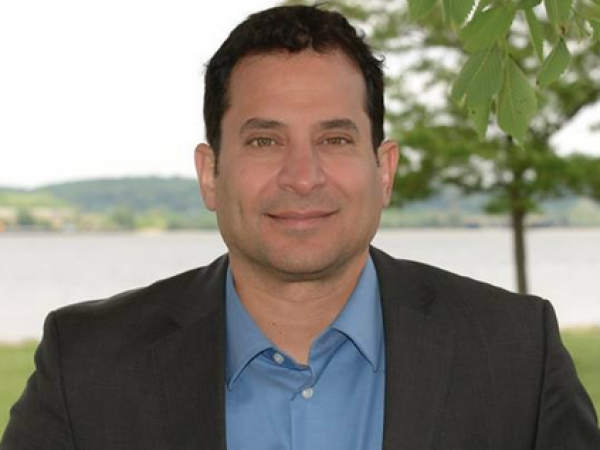 Trump supporters are not just deplorable but according to Delegate Mark Levine (D-Alexandria) they are also “mentally deficient” and “dangerous”. Â From the Washington Post,

I think Donald Trump is appealing to people who are mentally deficient,â€ he said. â€œI really do. I think heâ€™s reaching out to people who believe awful things and might take a pop at Hillary Clinton. Dangerous people follow this stuff.â€

Wow! Â So now Trump supporters are dangerous assassins! Â Levine made these accusations on Sunday on Fox News.

â€œThe contempt the Democrat Party has for hard-working Virginians who just want a better life for themselves and their children surfaces time and time again,â€ John Whitbeck, chairman of the Republican Party of Virginia, said in a written statement. â€œFirst Hillary Clinton said Trump supporters were from the â€˜basket of deplorables,â€™ now Delegate Levine says our Republican nominee is â€˜appealing to people who are mentally deficient.â€™ Millions of Virginians support Donald Trump and Mike Pence. The arrogance and elitism here is simply breathtaking.â€

Meanwhile, you Trump supporters continue to ignore the daily revelations that prove your candidate is a fraud, a liar, a crook, a carnival barker, and a petty schoolyard bully.

I’d say “mentally deficient” is a compliment to most Trump supporters.

I’ve known John for many years and he does none of those things. Continue with the name calling and you’re done here.

but you are OK with others telling lies and calling names on behalf of Trump? What a crock!!

Either you raise the bar of discourse or you’re another bitter Democrat shellshocked that Trump smoked Hillary.

no a dem. Simply a person with eyes wide open and head not in the sand. As I have said repeatedly, give me a real choice and I’ll take it, not this embarrassing buffoon who is in the race only for his own, personal gain

They were all embarrassing buffoons in the race for their own gain — this is the only choice you get — you may elect all that is Hillary, or climb aboard Mr. Trump’s wild ride.

Yep, very disappointed in the GOP this season. They knew Clinton was going to be the Dem candidate yet they refused to offer any one decent. Almost as if they are saving their best for the next election. Too bad the GOP can’t stop playing games with our country

Not enough, wait until November, even more disappointment is coming.

They is we and we be Trump. Play on!

No one in the GOP leadership wanted Trump to be the nominee, but they had no way to stop him. 38% of Republicans nominated him.

Really, the GOP leadership can and does do whatever it wants. This country is not run by the voters, rather by the rich and powerful. Both Dem and GOP. Do not believe for a second that this just happened upon US. This is why we will never have a tax system that does not syphon move from the middle class to the rich, banking rules that prevent abuse, etc.

I agree with most of what you say but I can’t guarantee you GOP leaders did not want Trump to be our nominee. Any other Republican would be 20 points over Clinton at this point.

hey Jeanine, what about this incident from a few years ago?

Clearly he wasn’t punished sufficiently for his actions and response.

What justice must be meted out for him to pay for his exercise of free speech and comedic shame?

Sentenced to a unique hell on Earth; Chairman of the RPV.

not sure what you mean (again). But Jeanine saying he has never disparaged Jews is apparently a lie – according to her own standards here, she must ban herself.

I cannot help you, you must at least try to think for yourself.

Jeanine is the Publisher/Editor, she can/will do/say anything she likes.

Whitbeck told a bad joke poorly. Disparagement was not rendered then or now.

Talking smack must be accurate or it is not tolerated.

“Jeanine is the Publisher/Editor, she can/will do/say anything she likes.”

And when she is wrong, there is nothing bad about calling her out

She does not get a pass on posting nonsense, lies and hate just because she owns the place. If anything, she needs to be scrutinized more, not cowtowed to

Lol…..the more you try to attack Trump the more ignorant you look …cause you support a known corrupt crooked politician. Please tell me when has Trump:

1) Lied under oath to Congress?
2) Left Americans to die in Benghazi while illegally running guns to Syria?
3) Try to appeal to women voters while attacking every single woman who brought up rape and molestation charges against Bubba Clinton
4) Tried to run on his record as an experienced politician but couldn’t remember what he did, when he did it or with whom he spoke when questioned by the FBI
5) Have more than 25 FBI/Congressional/criminal/fact finding commissions against him at the same time?
6) Illegally erase more than 30,000 emails that were required by law to be kept and then lie about it to both Congress and America…..and possibly the FBI?
7) Sell out America to the highest bidder in the play for pay scandal?
8) Had more than 50 dead bodies in his wake stemming from scandal after scandal after scandal most of whom committed “suicide” being shot in places a suicide can’t reach?
9) Tell us that he was shot at by snipers in Bosnia…even though we had video PROOF that there was no such thing…..and then STILL lies about it?
10) Been caught lying by the FBI who testified to Congress under OATH to the lies told and then STILL lie about it?

Shall I go on? There is much much more I could say.

Now you want me to abandon Trump and vote for this Hillary shyster? Seriously???

Careful, Jeanine will ban you for lying

Haven’t seen any lies in his post. Have you?

I thought we were supposed to be stronger together. Just another lie from the left. At least Trump has a campaign slogan with truth in it.

Red, I support Donald Trump. Your arguments that I am wrong to do so are unconvincing.

The only redeeming factor must be is that he is not a democrat.

There is way more than one redeeming factor. Trump loves America. His platform is quite good. He is not Hillary. He is not afraid of the media. He does not mind calling a spade a spade. He is no an entrenched politician. He IS an experienced negotiator. He wants to secure our borders. He wants to do more than talk about ISIS. He is not a weakling like our currant president. Did I mention he is not Hillary?

You could not be more wrong about 45!

Yep, Trump owns the entire basket of mentally deficient vote as well — see you at the inaugural.

This knucklehead was going to sue the Great One, Mark Levin. The dork, pictured above, has almost the same website address: (www.marklevinetalk.com) as the conservative lawyer who worked in the Reagan Administration.

The Democrats have said that the terrorist attacks have been done by mentally deficient (Muslims). From current polls, (Muslims) are going to vote at least 10 to 1 against Trump and Republican candidates. If some semblance of logic were to be applied to Levine, then it is Hillary supporters who are mentally deficient and dangerous.

That’s Levine for you. What a jerk.

Well it’s like getting call a “racist” .
The person calling you a “racist” is most likely the “racist”

One of the best reason to maintain and grow conservative levels of government – watching condescending elitists such as this clown, try to figure out why the unwashed masses reject their views.

What a maroon! One would think that these tired old accusations would go the way of the dodo, but idjits just keep ’em coming. I’ll put up my vocabulary and knowledge of brain function against his ‘observation skills’ any day of the week.