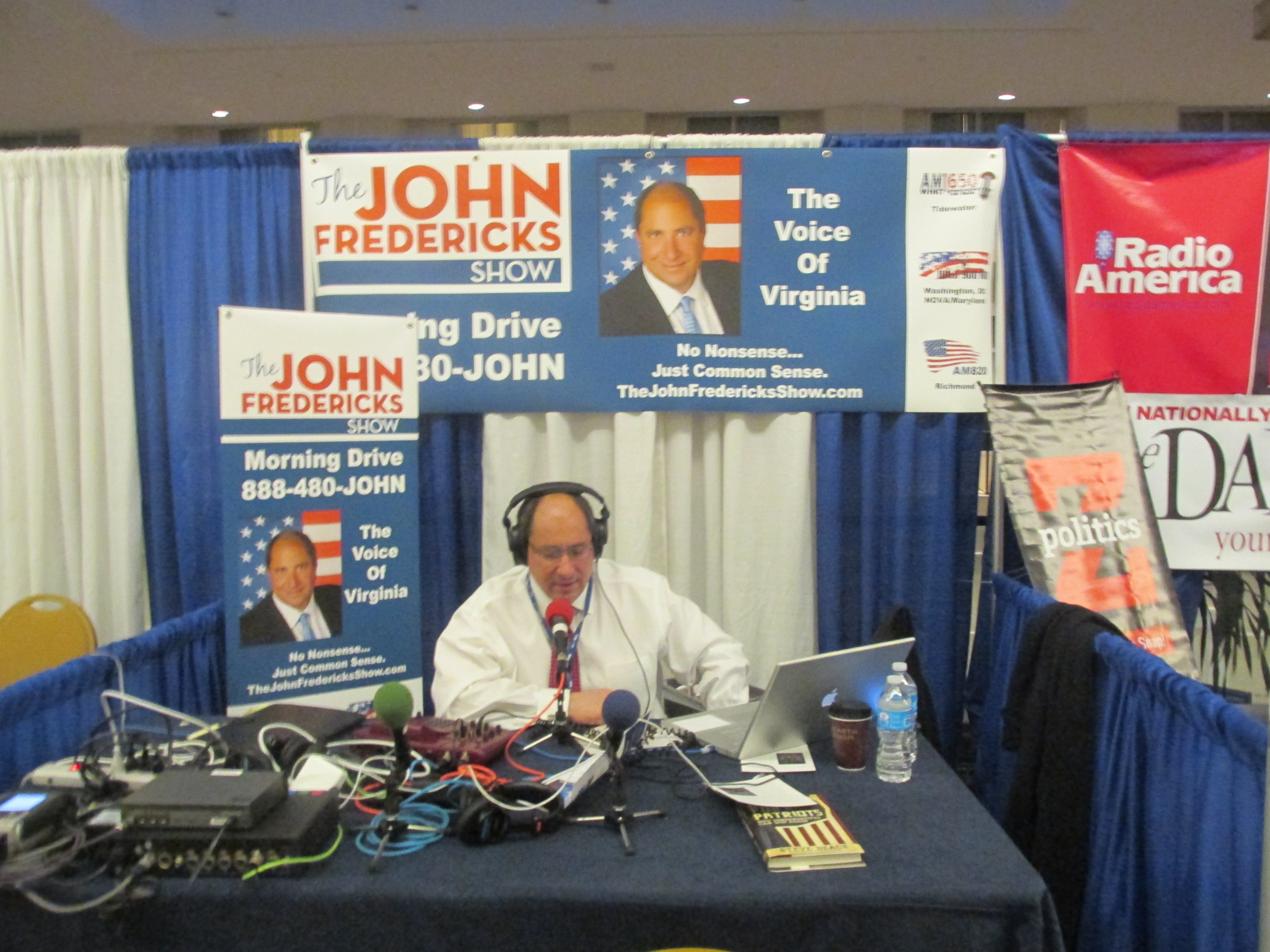 Virginia Democrats Poised to Snatch Defeat… From the Jaws of Victory

It all adds up to a nearly flawless track record! I’m right a whopping 99 percent of the time.

Rather than waste hundreds of words on all the races I got right, I’ll start with the only two I got wrong: I missed Amanda Chase’s primary upset this year in SD 11 and E.W. Jackson’s ’13 LG convention romp. Didn’t see those coming!

So here we go:

Four weeks ago Virginia Democrats had the state senate all but won.

The Godfather, Senate Leader Dick Saslaw (D-Fairfax) was on easy street, needing only one senate seat to flip for control. They had three races in serious play and just needed to win two of them.

Their token opposition consisted of a near bankrupt Republican Party of Virginia with a handful of contractors and a few employees in Richmond.

The only thing the GOP had going for them at the state level was Senate Majority Leader Tommy Norment’s two top caucus political honchos: Jeff Ryer and Michael Young. They matched wits with Zuzenek and Carter, going toe to toe on strategy. But they were outgunned and out manned. Even General Patton can’t win without boots on the ground.

Then along came Michael Bloomberg’s Everytown for Gun Safety PAC. They dumped $2.2 million on a TV ad campaign starring Andy Parker, the father of the Roanoke television newscaster who’s daughter was gunned down in cold blood during a morning broadcast in August.

They focused their millions on two key senate races: Districts 10 and 29, both must-wins for the Democrats.

But this changed the Dem’s closing message from jobs to guns. Then Andy Parker threatened a sitting state senator, Bill Stanley (R-Franklin) on social media with violent retribution for his pro-gun stance and all hell broke loose. Outcome: message lost for Democrats.

That was bad enough. Then Republicans dared the governor to disavow a crazy $17.00 round trip toll scheme on I-66 two weeks ago – to fund bike paths. McAuliffe, under fire, doubled down in lieu of abandoning the hair-brained idea and attempted to explain it – rather than deep six it. Explaining something in the final days of a campaign is never a good thing.

So its guns and tolls for the Democrats…their closing message somehow hi-jacked by environmental and guns legislation extremists in swing districts at the final hour.

“Landslide” Lewis wins again, albeit this time by more than 11 votes. Ottinger has run a spirited race, and he’s closed the gap, but the Eastern Shore will stick with Lewis one more time. A huge blowout by Delegate Rob Bloxam (R) helps narrow the margin from eight to four.

I knew McCollum’s goose was cooked when my wife Anne – The Fräulein – saw a McCollum sponsored negative TV ad showing a picture of a young, smiling windblown Frank Wagner on the beach –and said, “Look honey there’s Frank on TV…awe, he was so cute back then, wasn’t he just adorable!”

I’ve heard Wagner called a lot of things in my day…but adorable…?!

Note to Belote: Don’t run against DeSteph in an off-year election. The guy is a one-man juggernaut.

The Democrats never, ever should have lost this race.

But they’re doomed on Tuesday.

Plus there’s a four-person sheriff’s race in Powatan. Mike Young taught me that sheriff races in rural Virginia counties are like the world series of politics: everybody turns out. And those voters are not going for Gecker and Bloomberg. They’re voting for Glenn.

Senator John Watkins (R), who is retiring, said he’d be the last Republican to win this seat. He’s right. The Democrats are going to lose it.

Never bet against an incumbent who left his blood on a rice field in Vietnam fighting against communist aggression.

This is by far the best race the Democrats ran this cycle. The Republicans have a great candidate in Dr. Nancy Dye, and with another Democrat in the race acting as spoiler (Roanoke Commonwealth Attorney Don Caldwell) this looked like a real possible gain for the GOP.

Dye’s campaign was overly cautious, and her decision to come out against the pipeline didn’t help her pro jobs message. You can’t play not to lose when down by 10.

Dye will be back, and will be tougher the next go around when Edwards will likely retire.

Hal Parrish, mayor of Manassas, has run the greatest state senate race in a Democratic district in Virginia history. That plus a big bounce from Prince William county vote getter Corey Stewart, running for re-election for Chairman of the Board of Supervisors seals the deal. Do you know that President Obama won this district with 63 percent? Stewart and Parish. Parish and Stewart.

The I-66 toll is an unmitigated catastrophe for minority House leader David Toscano (D-Charlottesville). Democrats should have gained three to five seats. Instead they’ll lose two. Unbelievable.

I like Kathleen Murphy. But I live in Chesapeake so I can’t vote for her. Plus I’m nowhere near I-66, but what about those mid-town tunnel tolls? I decided I hate all tolls. So do NOVA’s. Parisot wins.

Three times a charm for Bell. David, we miss you already.

So if I correctly follow the early part of your article, the toll and gun issues will spur Republican turnout in what has traditionally been a State midterm cycle throughout the 2000s that has suffered from particularly LOW turnout. This anticipated Republican turnout spike will create additional problems for Democratic Senate seat races in the 10th District (gun issue), 21st and 29th Districts (66 beltway tolls) that appear to be the swing elections to the Senate majority. If this turnout spike doesn’t appear as anticipated it would seem to me the best case scenario would be some seat shuffling and a return to the current state of affairs with a Republican 21-19 Senate margin. I assume then that tracking the turnout numbers in the 10th, 21st, 29th would give you a good idea of the early trend line. Unfortunately when it comes to voter anger vs voter lethargy, I tend to always lay my bets on lethargy.

I love that line – take the gun a and leave the cannoli. I am going to expropriate it into my repertoire.

I really like cannolis. That would be a tough choice.

I think that there is a rusted out, Texas registered, pick-up truck with 2 illegal’s in the cab now on it’s way to the 10th.

Just before the polls close tomorrow, when it is dark and the light is low, this rusted out truck drives up to the polls somewhere in the 10th District.

Well, Mr. Smith is not allowed to vote. Suspicious “looking” photo ID is the reason given. But, a poll worker who is gay, he tells the other illegal where to stick his, ah, ballot when he finishes, ah, voting for……..

Republican’s to introduce legislation in January to stop anyone driving a pick-up truck from voting in Virginia!

You are off your meds again, worrying about Juan and his gay ballots in a pickup truck. WTF does that even mean?!? Please make an effort to make sense once in a while.

I know who you are! You gave to much away! Come out the closet?

Ever laugh in your entire life? Sad.

“Republican’s to introduce legislation in January to stop anyone driving a pick-up truck from voting in Virginia?”
If so, we’ll lose every election from there.

Great analysis John. I hope we pick up more than one in the Senate, but one will work for us.

From your lips to God’s ears.