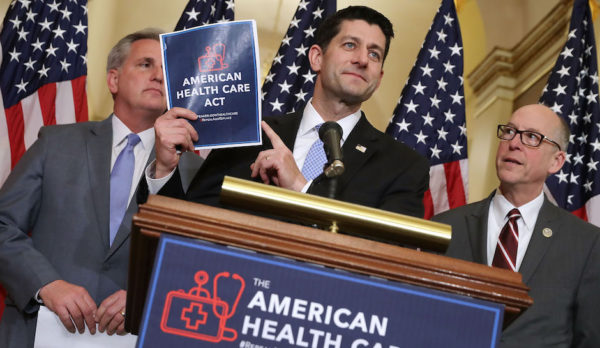 Governor McAuliffe says the new health care act will â€œput peopleâ€™s lives in jeopardy.â€ In an interview with CNN McAuliffe he added:

â€œPeople will die if this becomes the law of the land,â€

And these people think itâ€™s a party? They think this is something fun?,â€ McAuliffe said. â€œThere is nothing fun about it.â€

Of course our Senators Kaine and Warner have said they will not support the AHCA when it comes to the Senate.

Democrat candidate for Governor, Tom Perriello, takes it further in a video showing the crushing of an ambulance:

“moderate” Mark Warner always steps in line, even when he won’t help a law his party put in place. Kaine isn’t astute enough to understand that the ACA isn’t working – not HIS money! It’s OURS!

The ACA had already made massive cuts to Medicare over a 10 year period. Was it 500 to 700 billion? I don’t remember the exact total, but I was surprised no one made a fuss over that….can’t criticize Obama or you’re a racist! I know…I know….

Not to far south of $1 Trillion in cuts to Medicare, and about $700 Billion in tax cuts for the rich.

It’s not a healthcare bill, it’s a tax bill. The healthcare lobby will never sign on to a Medicare cut without some type of compensation.

Noting but another Trumped up Republican, screw the middle-class bunch of BS.