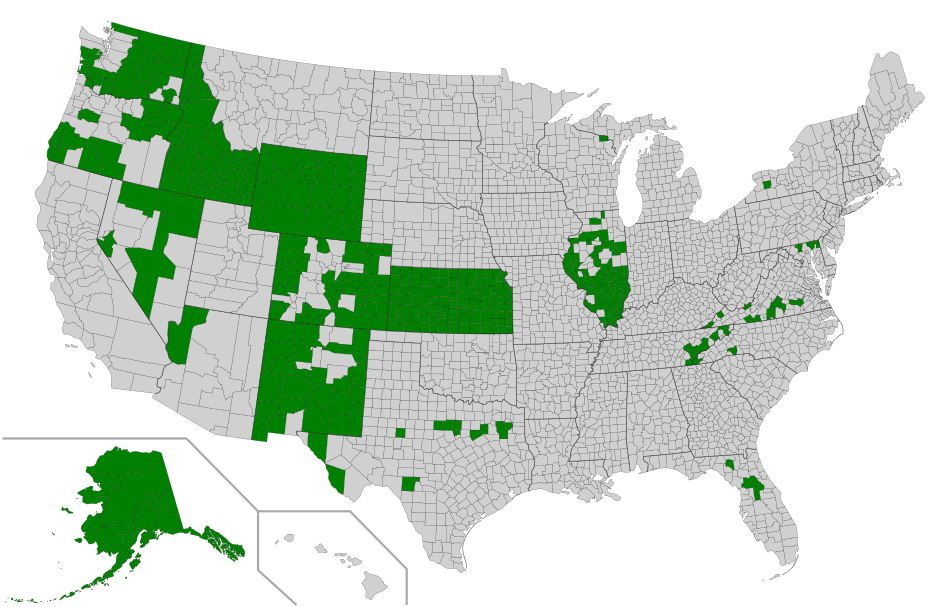 In response to the Democrat’s take over in Richmond, counties across Virginia are voting to declare themselves 2nd Amendment sanctuary enclaves. This means new gun laws will be ignored, police will not enforce whatever laws Richmond passes violating 2nd Amendment rights.

The resolutions rocketing around the Virginia countryside all have similar language. Philip Van Cleave of the Virginia Citizens Defense League said he drafted one for Amelia to consider, along with about 30 other counties — out of 95 total — also taking it up. The matter was added to the Amelia agenda too late for it to be advertised so, by law, the board can’t vote on it until next month. Yet a crowd of 300 or more turned out after hearing about it through word of mouth.

“I’ve never seen anything like this,” Van Cleave said of the outpouring of interest. “Everything has exploded right now. Gun owners are awake.”

The 19 counties (that have declared themselves sanctuary counties for gun ownership) in addition to Appomattox, Giles, and Dinwiddie are: