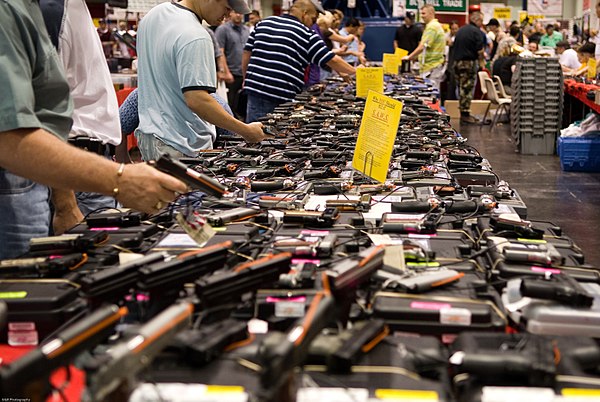 Virginian gun owners aren’t stupid. They knew new gun control laws would be imposed on them after Virginians chose to put Democrats in charge in Richmond. Democrats now control the House of Delegates, the State Senate, and the Governorship and they are wasting no time passing laws curtailing your 2nd Amendment rights.

In December gun owners wasted no time buying guns before the Democrats took office earlier this month. From the Richmond Times-Dispatch:

In tracking data that goes back to 1990, the December 2019 tally is second only to December 2012, when 75,120 transactions were recorded. Criminologists say that was triggered by the repeal of the state’s one-handgun-per-month law and fears of increased gun restrictions following the Dec.14, 2012, shooting at Sandy Hook Elementary School that killed 20 students and six adults.


“If Virginians feel threatened that their rights are being curtailed, they’re going to react just the way that you’ve seen,” said Robert Marcus, the principal owner of Bob’s Gun Shop in Norfolk, one of the state’s largest commercial gun dealers. “Everyone down here is upset. I’ve never seen more customers antagonized by a situation.”

Many of the customers are first-time buyers, several Virginia gun dealers said.

Black Friday, November 29th, set a new record for gun sales with 5,645 guns being sold in Virginia. More from the Richmond Times-Dispatch,

In December, gun sales averaged 2,382 transactions a day, although that number surpassed 3,000 on five separate days and 4,000 on two other days, including the Saturday before Christmas, state transaction data show.

Customers are grabbing up firearms and accessories that they believe will be banned based on legislation proposed by state Democratic lawmakers, state gun dealers say.

More on the story at the Richmond Times-Dispatch and here.