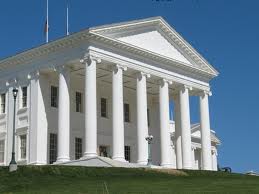 Bills to repeal the same sex marriage ban in Virginia have been defeated in both the House of Delegates and the Senate.[read_more] House Bill 1289, introduced by Delegate Scott Surovell, was defeated in subcommittee by a vote of 5 to 4. Surovell said,

“I don’t think the court will go back on what they have already decided more than a year ago,” Surovell said, acknowledging that the justices recently agreed to take on the constitutionality of state same-sex marriage bans for a final resolution.

“All that stuff needs to get out of the books,” he said.

Senator Adam Ebbin introduced Senate Bill 682 which was defeated by a vote of 9 to 5.