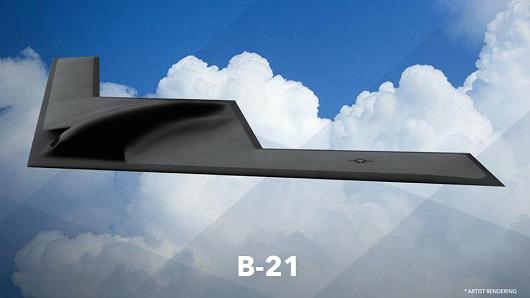 With not only its corporate headquarters but nearly a dozen other major facilities located around the Commonwealth of Virginia, Northrop Grumman is one of Virginia largest employers with more than 7,000 employees in the state. This doesn’t include an additional several thousand more indirect jobs accounted for across their over 1,800 Virginia-based vendors and suppliers. Obviously, winning this new $80-billion contract should help bolster those numbers.

A “thank you” should surely be extended to Congressman Rob Wittman as well as Congressman Randy Forbes who both serve on the House Armed Services Committee. They understood it was important to select a company best suited to complete this mission, but they also recognized the benefits and importance of a Virginia-based company being awarded this contract.

If you don’t know much about the long-range bomber and its role in our national defense Congressman Forbes summarized it best:

The long-range bomber aircraft have been a central element of the America’s power projection forces since WWII. But after several decades of relative neglect, the Air Force’s bomber fleet is now the smallest and oldest it has ever been. Overall, our 159 bomb have an average age of 39 years — older than most of their pilots – and less than half of the force is ‘mission capable’ in at least one mission area. Of these aircraft, only 20 B-2’s are ‘stealth bombers, capable of penetrating the integrated air defense systems being fielded (and exported abroad) by countries like Russia and China. Our 139 older B-1 and B-52 bombers, meanwhile, are best suited for operating in low-threat environments and launch standoff missile strikes.

Northrop developed, built and maintains the world’s only current stealth bomber, the B-2 Spirit, which lent credibility to their effort to build the next generation stealth aircraft.

The United States is currently facing a multitude of threats around the globe – from the waters of the South China Sea to the Crimean peninsula, and from crises in North Africa and Syria across the Middle East to where the fight continues in Afghanistan.

While much will be said about policies our nation fights on the ground, it is important to extend our appreciation to Republican Reps. Rob Wittman and Randy Forbes for their leadership in our national defense.