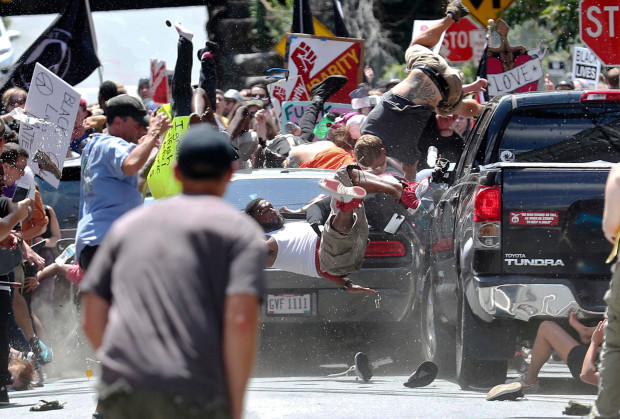 Virginia Legislators – It’s Your Job. Do It!

Often doing the right thing is the hardest thing to do. Especially for politicians.

However, the disastrous turn of events in Charlottesville on August 12th which ended in the death of a young Virginia resident, Heather Heyer, demands justice, regardless of the cost.

That justice for Ms. Heyer and the citizens of Virginia requires the facts, the truth.

Obviously, the court system in Charlottesville will determine the guilt or innocence of the Ohio man, James Fields, who was arrested and charged with the second degree murder with a motor vehicle of Ms. Heyer. But, that will be only a portion of justice for Ms. Heyer’s life, and no justice at all for the citizens of Virginia.

Watching the process unfold so far, it is hard to see how the full, un-politicized facts of the complete breakdown of law and order can be forthcoming. The obviously poor management of the police force on hand, which evidently far exceeded the number of violent demonstrators, and the mismanagement and misjudgments of the responsible elected officials cannot be determined by those same individuals.

Quite the contrary, in the ongoing back and forth between the various parties involved, the Governor, and the sensationalized national media reporting, it seems unlikely that the truth can be salvaged unless the Virginia Legislature takes a bold and pre-emptive stand for the truth.

The facts as they now exist demand that the Virginia House of Delegates, or the Virginia Senate, immediately establish a bipartisan commission to begin an immediate, targeted, narrowly focused investigation where sworn testimony and records can be subpoenaed from responsible state government officials up to and including Brian Moran, the Secretary of Public Safety, and including the leadership in the Virginia State Police from the Superintendent down to the on-site commanders and Troopers in Charlottesville; and the Mayor of Charlottesville, the Police Chief of the Charlottesville Police Department and commanding officers, and others who may have been involved in issuing permits for demonstrations that day.

Not only does this legislative commission need to be established and convened immediately to protect records and secure the testimony of subordinate personnel in both Charlottesville and Richmond, but its hearings must be succinct and limited to days, and not allowed to stretch out into weeks or months, where ambiguity and self-protection replace truth-finding.

This type of open, short, focused inquiry is imperative so that the citizens of the Commonwealth can have restored faith that public safety and the rule of law is the governments most important responsibility and priority, and above politics.

This body’s investigative charge must be to establish the truth in as simple, straightforward and non-political manner as possible.

The committee should determine how the permitting procedure worked for the event, and which group or groups had what permits for what venue and for what times? Who specifically was involved in the permitting and what officials were involved in the approvals that were issued? Were there permits to any group for Waters Street, where Heather Heyer was killed Saturday afternoon?

In planning for the Charlottesville demonstration, since there was substantial lead time between the permitting and August 12th, what state and what local agencies were involved and who had primary responsibility? When was the final plan formalized? In the final plan, who was authorized to make command decisions in the field to insure public safety? What role did the Mayor and Police Chief of the Charlottesville PD have in the planning and subsequent approval of the planning? What role did the Governor or his designee have? Were there specific planning procedures that foresaw keeping protesters and possible counter-protesters separated? Were there plans in place for physical barriers and auto barriers and plans for the protection of foot traffic?

During the actual protest and the counter-protest, where was the Governor and the Secretary for Public Safety and when and how did they arrive in Charlottesville? How many Virginia State Troopers were in Charlottesville, and where specifically were they stationed or assembled, and who specifically had command over them and their deployment? When and who made the decision to declare the demonstration at Emancipation Park unlawful? Who was responsible for the method of crowd disbursement? What was the basis for that decision and what steps were taken to keep the demonstrators separated?  After the crowds were ordered to leave, what steps were taken later in the afternoon to control the crowds still in the area, and who made the decision not to move or interfere with those counter-protesters in the immediate area?

Instead of blowing this event off, or allowing it to be captured by interminable investigations by various nameless and faceless functionaries, the citizen’s representatives in Richmond must make a bold, immediate, and clear example of good government in action.

Every concerned citizen in Virginia should be contacting their state delegate and State Senator, with a clear message:

Legislators, it’s your job. Do it now!

Virginia Legislators – It’s Your Job. Do It! was last modified: August 22nd, 2017 by Michael Giere
90 comments