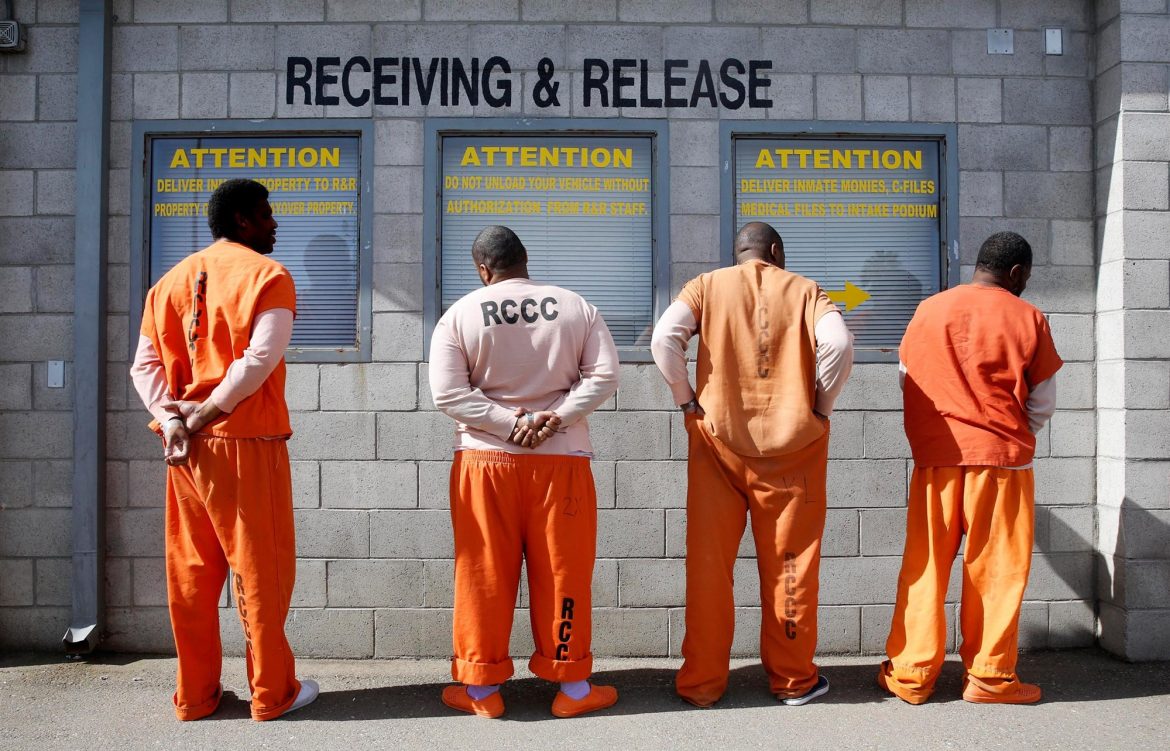 written by Guest Contributor Hans Bader August 17, 2020
Virginia’s legislature has a good chance of releasing many prison inmates guilty of involuntary manslaughter. In its special session this August, legislators plan to pass Senate Bill 5034, which would shorten many inmates’ sentences by increasing the number of credits most inmates receive for good behavior while in prison. The bill would not apply to people who commit rape or murder, but it would benefit inmates who committed many other serious offenses. Such offenses include not just involuntary manslaughter, but also other crimes, such as drunk driving, home invasions, or violent assaults that injured people but were not intended to kill or maim. It would apply even to inmates whose crimes are part of a long pattern of criminal activity. So career criminals could be released — like the habitual drunk driver who kills someone after driving drunk many times, or the career thief who steals millions of dollars.

ABC’s channel 7 discussed this in 2019 in “Why is Montgomery County’s violent crime rate twice as high as neighboring Fairfax County.” Law enforcement sources attributed Montgomery’s higher crime rate to the fact “that the Maryland Judiciary is, generally speaking, more lenient on criminal defendants” and the fact that “Virginia has stricter laws on the books” and “harsh sentences,” which are “a huge deterrent” to crime. “Criminals know if you commit crime in Virginia you might get whacked, while in Maryland, you might just get slapped on the wrist.”


Senate Bill 5034 has a good chance of passage, because it currently has 8 co-sponsors in Virginia’s state senate, and appears to have the backing of most Democrats in the Virginia Senate.

Releasing career criminals early is harmful to our society and our economy. If not kept in prison, a career criminal can inflict hundreds of thousands of dollars of economic harm, annually, far more than the cost of jailing that criminal. A 1998 study in the Journal of Quantitative Criminology estimated that there were “$165,000 in victim costs per year of a criminal’s career” for a typical “career criminal,” including “lost wages and medical bills” and “lost quality of life to victims.”

Of course, not all crimes have victims. Some people are in state prisons for victimless crimes, such as drug possession. The sentence reductions in Senate Bill 5034 would make sense for drug offenders, whose sentences are already plenty long enough. But most prison inmates aren’t in there for drugs. In 2017, the Bureau of Justice Statistics found that 55% of state prison inmates in America were there for “violent offenses,” and only 15% for drug crimes (such as drug dealing and manufacturing). And most people in prison for drug crimes are not there just for using drugs: As the progressive Marshall Project noted in 2015, “Only 4 percent” of state prison inmates “are there for drug possession. An additional 12 percent are incarcerated for drug sales, manufacturing, or trafficking.”

Senate Bill 5034 should be revised to exclude more serious crimes from its sentence reductions, such as those who commit involuntary manslaughter or steal millions of dollars, or repeat offenders who assault others, drive drunk, or commit home invasions or other serious burglaries. Right now, if a crime does not qualify as a specified “act of violence” under Virginia Code § 19.2-297.1, or a specified “felony offense in Article 4” of Title 18.2, Chapter 8, the offender is eligible for a shorter sentence under Senate Bill 5034, regardless of how repeatedly the criminal violated the law, or how much harm the offender inflicted.

Such huge reductions are really a form of parole, not a mere incentive for good behavior. Virginia largely abolished parole in 1995, because it was unpopular and unwise to let criminals out of prison when they had not served most of their sentence.

(There is also legislation pending in Virginia to reinstate parole. But that legislation, SB 5016, will probably not pass in this special session of the legislature. It does not yet appear to have the support of the full Democratic caucus, and Virginia’s state senate is split 21-to-19 in favor of Democrats, meaning almost all Democrats must support a bill for it to pass. That legislation would allow even murderers and rapists to be paroled, with most premeditated murderers being eligible for parole after 15 years. I discussed the pitfalls of that legislation at this link and this link.)