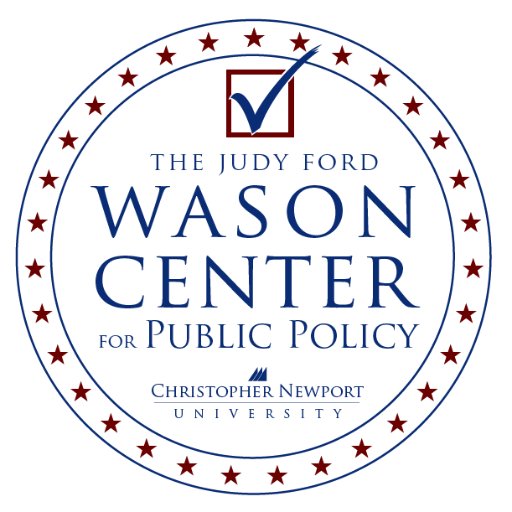 A new poll from the Wason Center for Public Policy at Christopher Newport University shows a large the majority of voters, 66%, have not decided who they will support in the Republican primary for Senate on June 12th.

Support for Trump does not bode well for any of our candidates in November.  Many voters are still furious at Trump.  In Virginia 52% of voters ‘strong disapprove’ of the job Trump is doing while he has the approval of only 37%.

Senator Tim Kaine is viewed favorably by 53% of Virginians and has a whopping 20 point lead over any Republican Senate candidate.

When Republicans are asked who they will support in the June 12 primary for Senate, Corey Stewart leads the pack with a mere 16% support, EW Jackson 7%, Nick Freitas at 6%, Ivan Raiklin at 1% and 66% are undecided.

In Virginia 57% of voters say the commonwealth is headed in the right direction while only 32% say the same about the nation, largely due to dissatisfaction with Trump which has remained about the same since his election.

Superior republicans lost to lesser democrats last election, and we may see a repeat in a few months. The GOP has a branding problem in Virginia and needs to counter it with a broader marketing “campaign,” which I’m not seeing anywhere. By the time the general election rolls around, it will be too late.

To do list:
-Hype republican tax cuts. Must use the words “republican tax cuts” to link “republican” and not “Trump” to tax cuts.
-Hype republican defense spending increases. Again, “republican defense spending.” Defense spending is good for the Virginia economy. Stop democrats from taking the large Virginia veteran market at the same time.
-Hype the “republican pay increase” everyone got in February once the tax cuts took effect in everyone’s paycheck.
-Link democrats to hated tolls to gain ground in NOVA. Tim Kaine gave to the tolling rights to the Dulles Toll Road away. Terry McAuliffe says tolling I-66 was his greatest accomplishment and ever day the WAPO has a article saying tolls hit $46, or $45, or $47. Hang tolls on Democrats.
-Gain ground in NOVA somehow. Must lose by less in Fairfax to have a chance.

Scintillating insight of a pile of useless poll garbage The topper is “57% of voters say the commonwealth is headed in the right direction while only 32% say the same about the nation”! Well ‘ah duh’ I guess after all you are polling in a BLUE state and its increasingly majority voting base that loves the Democratic state administrations they have put in place over the past several elections and despise the Trump Administrations Republican national House and Senate majorities and their policies.

Still so lost in 2016 excuses that 2018 opportunities will likely just be squandered away yet again. These recurring Republican primary events with their repetitive list of could have been’s, wannabes and never will be’s are looking more and more like old reruns of Chuck Barris and The Gong Show. It does provide one thing a rather sad type of hopeless amusement like the guy at the county fair that keeps getting dunked in the water tank but happily climbs back up for another dousing never questioning if there might not be a better way to raise a few bucks (or in this case actually elect someone)?

Growing economy. Low unemployment. Tax cuts. Yeah…we Virginians have so much justification to be “furious” with Trump…and we should use that to guide our votes, in much the same way tossing out all of those senior delegates helped…especially here in NoVA. That little tantrum really served our self interests, especially when it came to transportation funding.

Will the forces of ‘The Donald’ manifest in this primary, and if so, for whom will they manifest?

They certainly didn’t show up for our Dream Team last year.

The electorate, especially the Trump electorate, knows when we don’t have our… _stuff_ together.

The Paul electorate, may or may not amalgamate for Nick.

The TP electorate will probably just hang around with my boss circling windmills or do group hugs at a buffet somewhere.

It’s going to be a fun contest.

My home sales have picked up some bit we think the cause is some customers are Startin to see the difference in a Tradesmen Builders/Contractor opposed to a amateur golfer Contractor who uses install services contractors.
A little Americanism inspired by Trump!
If the Dod/Frank restrictions are eased a little we might pick up a little more, hope there won’t be another bubble to bust.
You better make it the next two years, POP!

I’m collecting signatures for one of the candidates meaning that I approach lots of people, mostly at political events. Most have no idea who is running. Of those who know the names of at least three of the (now) six candidates hoping to get on the ballot, very few know enough to decide who to vote for yet. We have 3+ months till the primary and a poll at this time is way premature.

Like we trust polls and pollsters. Remember Corey vs. Ed?

Yea, I do remember Corey vs. Bush, ah Ed. But do you remember last November? Do you remember Northham vs. Bush, I mean Ed? What a frekin’ Republican roast that one was! Step outside and you can smell the Republicans roasting in the Texas primary today all the way up here in Virginia.

No warmunger “mis” advisor’s from the Bushes or their Administration.

Of course it’s crystal clear now, but the voters spoke loudly about our incorrect nominee choice.