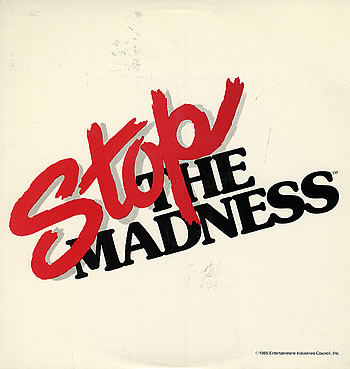 Virginia Republicans have until Jan. 15 to lobby State Central Committee members to drop a loyalty oath designed to discourage independents or Democrats from voting in the March 1 GOP presidential primary.

John Whitbeck, chairman of the Republican Party of Virginia, acknowledges he’s caught between a rock and a hard place with the committee’s “statement of party affiliation” decision that will require voters wishing to participate in the Super Tuesday primary in Virginia to identify themselves as Republican. Virginians don’t register to vote by party, so typically primaries are open to all voters.

The Republican oath is not legally binding, and frankly, it’s not worth the paper it’s printed on. Whitbeck acknowledges it would be difficult to prove if voters lie by participating in the GOP primary and then not supporting the party’s eventual nominee.

Still, the party affiliation statement has Donald Trump’s campaign in an uproar, suggesting the action by the RPV is meant to keep him from becoming the GOP nominee. Trump officials say they were not initially informed of the plan for the loyalty statement. Whitbeck says he has absolute proof the Trump organization knew and campaign officials did not object.

But clearly, the RPV’s action would not only discourage independent votes for Trump in the primary, but also hurt a candidate such as Sen. Marco Rubio, a favorite son of the conservative Hispanic community.

The issue has reached fever pitch, as the who’s who of Virginia conservatism opine on the issue of party exclusivity versus outreach.

Former Gov. George Allen went on Fox Business News recently and criticized such pledges, saying “There’s a lot of independent-minded people in Virginia.” He suggested the party “ought to be welcoming rather than exclusive.” Such words fuel a firestorm of editorials and blog activity denouncing the pledge. Allen, the commonwealth’s 67th chief executive, is 100 percent correct on the vow’s discriminating effect.

Still, Whitbeck indicates that no State Central Committee member has called him about reversing its decision. And after consulting the party’s attorneys, he says, “I alone don’t have the authority to repeal it.”

Central Committee member Linda Bartlett, who is also president of the Virginia Federation of Republican Woman, voted against the measure. Speaking for herself, she says it’s not good policy and “does not demonstrate outreach to the voters we want to reach.”

Unfortunately, ongoing events continue to place conservative leadership in bad light. Whitbeck and Republican National Committee head Reince Priebus have made attempts to meet with Hispanic and other minority leaders in an effort to gauge concerns and have a sincere dialogue.

But minority voters are turned off by comments by establishment Republicans such as Prince William Board Chairman Corey Stewart bashing immigrants or Stafford’s House Speaker Bill Howell taking a hard legislative stance against the Dream Act or blocking health-care benefits.

And the ongoing battle for ideological control between tea party activists such as Fredericksburg’s Russ Moulton and vitriolic establishment Bearing Drift blogger Brian Schoeneman of Northern Virginia doesn’t grow the party. Both are unsuccessful conservative candidates for office who are striving for political relevancy. Their actions have become visceral rather than embracing when it comes to independents and minority voters.

Jeanine Martin, co-owner of The Bull Elephant, one of Virginia’s more reputable conservative blogs, joins Bartlett as another lady in opposition to the RPV action. She sees the oath kerfuffle as a possible call for voter registration by party. Martin says having open primaries is another form of “incumbent protection,” the very thing she and tea party activists rail against the most.

For conservatives trying to grow their brand, attention should be paid to the views of Hispanic businesswoman Deb Dameron of Fredericksburg. The senior partner of AAA Tax Service identifies herself as a free-thinking, independent, conservative-leaning woman. She told me, “Actions that prohibit independent and minority involvement do little to bring our community to the Republican voting booth.”

Correct. And until Republican leaders grasp this issue, independent and minority voters attempting to shake the conservative tree may lie, and lie with conviction come March 1.

But then again, the State Central Committee could listen to the voice of reason and stop the madness now.

Daniel Cortez is a distinguished Vietnam veteran and award winning writer and broadcaster whose independent minded comments continue to add to the the political forum. Email him at dpcortez1969@yahoo.com.