The measure addresses concerns pushed by a number of members of the General Assembly earlier this year about the inability for deployed active duty military members to participate in nomination contests conducted by party-run Conventions. [read_more]

The RPV State Central Committee, meeting at the party’s annual December gathering known as the “Advance,” on Friday passed the measure by acclamation. The measure is in the form of an amendment to the RPV rules that establishes a military delegation at each Convention called for the purpose of nominating candidates for public office. The military delegation would be instructed to carry the preferences of military members whose official duties render them unable to attend the Convention in person. 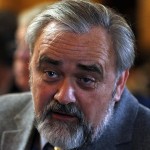 The chairmen of the Privileges and Elections Committees in both houses of the General Assembly, Del. Mark Cole (R-Spotsylvania) and Sen. Jill Holtzman-Vogel (R-Fauquier), had both indicated support for this measure, and the State Central Committee also heard from Sen. Tom Garrett (R-Louisa) via telephone, who urged passage of the amendment.

The measure was prompted by legislation advanced during this year’s regular session of the General Assembly that would have stripped political parties of the ability to determine their own method of nomination. The Bull Elephant detailed this unconstitutional effort here. We hope this puts the issue to rest from a practical perspective, but nonetheless still expect that die-hard foes of nominating conventions will make another push in the 2015 session (even without the pretext of military participation).

Most of the military I know in Virginia aren’t from Virginia. In fact, Virginia is the last place they would want to claim as their state of residency (Well Calif. would be last, but VA would be next to last.) So I guess I don’t see the big picture on this push for military representation. And how does this delegation thing work when military are not supposed to be politically active short of voting? I’m as much against the primary voting system in VA as anyone, but face the issue head on instead of playing rhetorical gamesmanship.

Good job, RPV – for taking care of the (relatively minor # of) military personsmay want to participate in our decision process but can’t due to their deployment. It is the right thing to while at the same time defanging the die-hard convention-foes from one of their best aces/excuses for their position. These die-hard convention-foes seem to be largely status-quo – save the incumbents -establishment guys who dislike conventions largely because Conservatives/Tea Party give a damn and show up en mass and then out numbered establishment types lose, and they know it!

Now that you’ve taken the wind out of their sails, wonder what card they’ll play next? “It’s for the military!” – like the libs’ rallying cry, “It’s for the children!” is too good a slogan to give up. I’m sure right now they’re scrambling to find some military Republican Virginian who’s deployed (anyone will do!) who can claim this is still an infringement on his rights and the RPV is dissing the military, etc.

So congrats, RPV – for coming up with the clever solution at this time. It’ll make it that much easier to jettison RINO “let’s expand medicaid” Del Hanger next spring. It should also worry Speaker who-supported-VA’s-largest-tax-increase-in-history Howell and others who’ve betrayed their Republican Creed of smaller gov.

This Conservative THANKS YOU!

how would these military members participate? by Skype? its one thing to have a TDY military member to make a selection on a ballot where the nominees are written in stone, yet another where nominees withdraw or there is a 2d, 3d ballot. & sometimes people go to a convention committed to one candidate only to vote for another after hearing speeches or talking to other delegates.