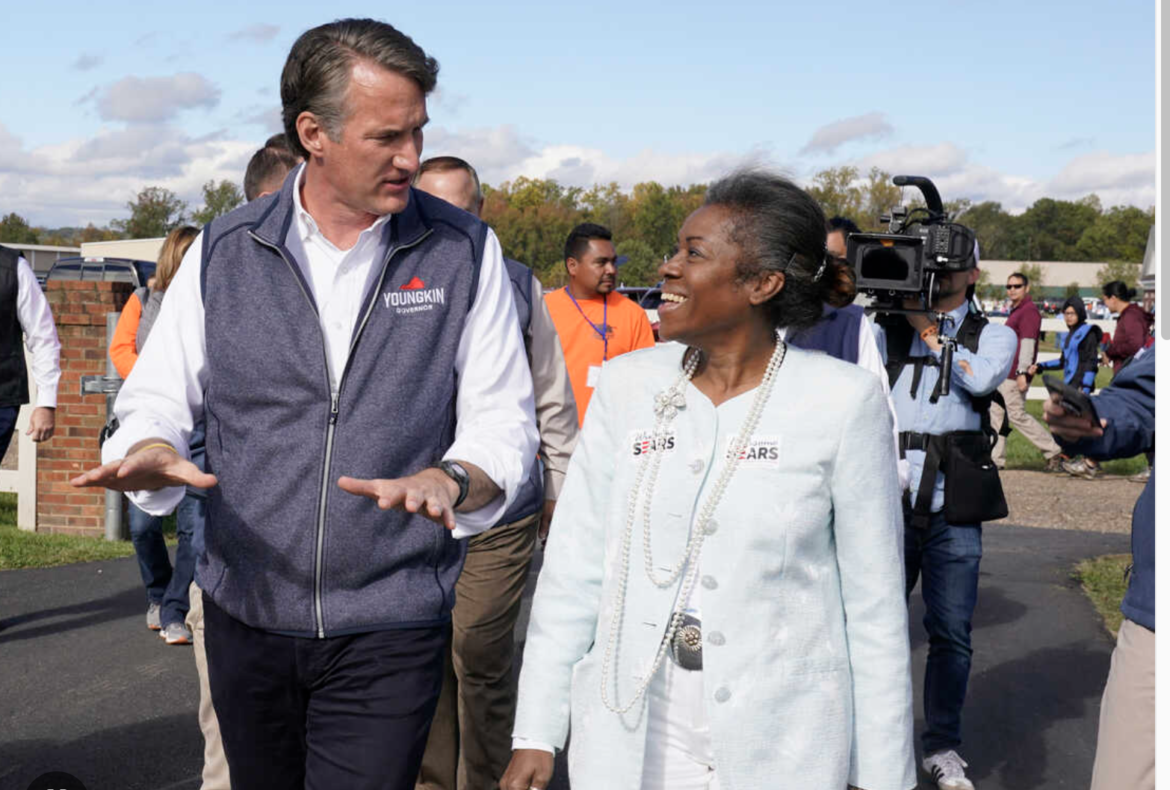 Virginia Republicans question what to do about Trump

Donald Trump has run twice in Virginia and lost both times. Now he’s attacking our Governor and our Lt. Governor. It’s just one more example of Donald Trump hurting the Republican party.

In this past election, Trump endorsed 5 Virginia candidates, all were incumbents with the exception of Yesli Yega who lost.

What will happen in 2023 when all of our General Assembly candidates are running for election along with all of our Constitutional officers and School Board members? Will Trump be an asset to any candidate? I tend to think not.

Much more information on this subject here.

Virginia Republicans question what to do about Trump was last modified: November 19th, 2022 by Jeanine Martin

We already know the answer. Trump will cost Republicans – again, just like he did in 2017, 2018, and then in 2019 when we lost the General Assembly and control over several school boards and boards of supervisors. We need a candidate who can carry Trump’s sound policies forward without carrying his baggage.

Tump’s “baggage” was by design by the left and, RINO’s. Open your eyes completely.

He is going to be your nominee. Can wait for you Conservatives to flip again and tell us how he is now the greatest thing since sliced bread. Reversal-reversal coming in 3… 2…

Hey Eric… how did your covid vaccine work out? You and your bros John were demanding a totalitarian lock down for anyone who refused to take that life saving drug… Cause they are infecting others!!! You were going to take peoples jobs… keep them out of school… force quarantines on them… ETC..
And YOU GOT COVID dumbass..
Guess you trusted Fauci and NIH… Your hero Corrupt and DOPEY Joe told you you wouldn’t get covid or transmit it… AND.
YOU GOT COVID.
Can you think for yourself, shit for brains…
The government is not your friend…

Please stop the name calling and foul language. Surely you can come up with cogent debate points.

It’s not going to happen. He’s burned too many bridges to carry the flag for Republicans.

As posted below.. you lost because of abortion and also likely student loan bailouts.. And the changing demographics.. Add the Millenial and Gen Z vote is now more important than ever. here is what Gen Z did:Gen Z 18 to 29 voted D +28 and a huge number are registered as independents.
Gen Z voted for John Fetterman by a 46 point margin.
The state of Michiganput an Abortion referendum on the ballot and turnout was so great for Democrats that they swept races for Governor, State Senate and House, Attorney General, and Secretary of State.

They were voting for Abortion and Loan Bailouts

SO MAYBE when you are replacing Trump you can change your tune on abortion and loan bailouts!!!

Are you for them now Bull Elephant?

I’d like to remind you people here at the Bearing Drifting Bull Elephant that Youngkin lost by DOUBLE digits in EVERY MOTHER F..ING Northern Virginia county, city etc.
It took the Red parts of the state to propel him to victory.. And we voted in record numbers to overcome you federal tit sucking bastards..
I say this not because I care anymore who wins… It doesn’t matter… but keep that in mind.

You are partially correct. Yes, youngkin lost Loudoun and Prince wiliam to McAuliffe by about 10 points and 30 in Fairfax. However, Gillespie and Trump himself lost those counties by BIGGER margins. In addition, Youngkin-Sears-Miyares won Virginia Beach, chesapeake and Chesterfield county — these are also vote rich areas. In contrast, Trump lost them in 2020 and Ed gillespie, who ran for gov in 2017, also lost them. So, yes, the SWest and rurla areas of Virginia helped Youngkin win, but it was his appeal in vote rich cities and counties and narrowing the loss in NoVa that propelled him, Sears,Miyares to victory AND helped Republicans regain control of the House of Delegates. Read more here: http://thebullelephant.com/2021-virginia-red-wave-in-the-end-maybe-it-was-about-trump/

Well, look at it this way, you are a smart guy. We are a divided country. Why? Well, because the court system got involved because of gerrymandering by both party’s and decided that districts had to be drawn over and over until there are exactly the same number of Republicans and Democrats in every district. They did a very good job if you look at the election percentages. So, if that is the way the game is played, why not redraw the states boundaries so that every state has an equal amount of D’s and R’s? What is the different?

The reason we are divided, elections are so close, is largely based on redistricting, is it not?

If the red parts of the state did not vote for him like it did… Youngkin would have lost that is a stone cold fact.. No well… he only lost by 30 percent instead of 31 percent in the shithole of Fairfax would have mattered…

did you read the analysis of the 2017 adn 2021 election in the big vote rich cities and counties/ Yes, Glenn Youngkin carried Trump country but would not have won without carrying Chesapeake, Va, Beach, Chesterfield, and NARROWING losses Gillespie had in Fairfas, Prince william and Loudoun. Please read the analysis: http://thebullelephant.com/2021-virginia-red-wave-in-the-end-maybe-it-was-about-trump/

Time will Tell. Unless we get control of our election processes a la Florida, we could run Jesus Christ and he wold be rejected. Trump is neither a saint or a devil but the Republican Party is clearly split into GOPe who has been in power too long and the GOPbase that has has it with them. We may have elected Republicans, but who are they really.

I remember a Republican representative who said he was a fiscal conservative and social liberal. He didn’t recognize that it is impossible to constrain and spend for ever more government at the same time. Every law and every regulation comes at a price. Trump is apparently the only one who actually recognizes that.

there was no fraud

You wanted Roe v Wade to be overturned.. YOU got it… Every mother loving 70 year old Boomer bitch has that as the issue of their lives…And they used tik Tok to get the 20 to 40 year old generations of women out to vote… on same… those dumb asses have zero idea of the reality of the world of shit they are in..
They’re gonna put you back in Chains!!! says Joe Biden.. Or is that Blacks… doesn’t matter… Same stupid emotionality that gets people fired up to vote Dem!
I am sure Younkgin there can get rallies of thousands of people when he runs for President.. !! He is a man of the people!!! Like Romney.. a guy who worked for an investment bank!!!!
They really know what the poor white trash of VA 7 need…
Another Free trade agreement and corporate cuts… Oh and an illegal amnesty!!!
Does that about cover the Bush government… I forgot…
7 trillion in war spending (for failures)!!!

Yet you are silent about Mitch McConnell who wasted money trying to help his friends while starving conservatives in close races. The FAILURES ARE ALL GOP ESTABLISHMENT who now are using this to try and finish the job their Socialist friends in the democrat party started before he was even elected!

This is not trumps fault it is the fault of EVERY GOP WHO DENIES the FRAUD!!

So I guess your new plan is to get back to being the opposition party so you can fake vote to stop planned parenthood etc. knowing it is meaningless but when it counts like when Paul Ryan could have refunded PPH he did not! Just know we are on to the games the GOP has played over the past 40 years!

Trump had $93 MILLION stashed away that he could have used. He is an asshole

and Biden had 10 times that much as a result of the FTX fraud.