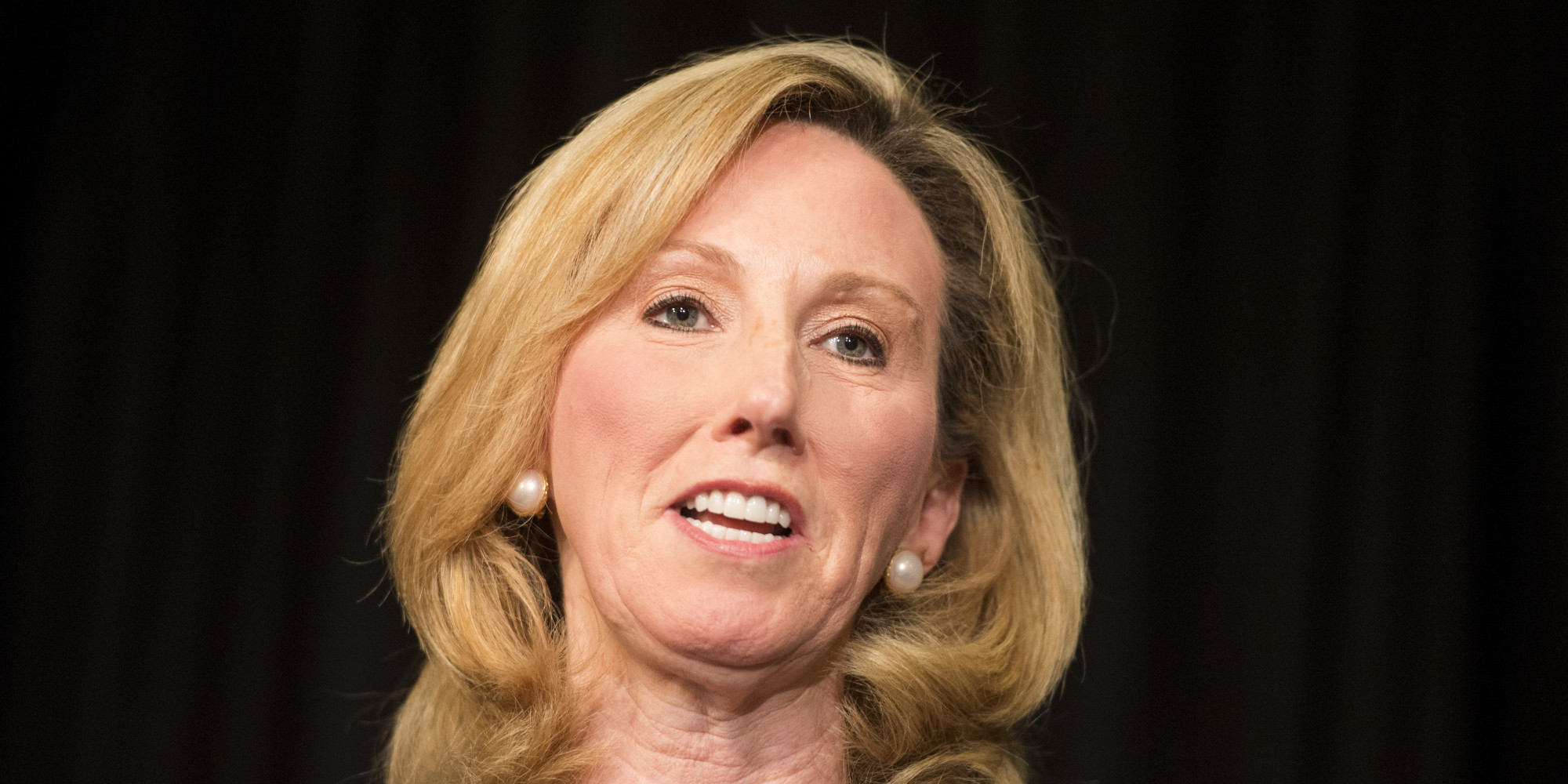 Our Virginia Republican delegation on Capitol Hill split on the vote to bail out Puerto Rico from their financial disaster. Of course all three Virginia Democrats voted for the bill, along with three Republicans, Barbara Comstock, Robert Hurt and Morgan Griffin. We can thank the following Republicans for their vote against the bailout, Dave Brat, Rob Wittman, Randy Forbes, Bob Goodlatte, and Scott Rigell.  It’s good to know the majority of our caucus on the Hill are looking out for us, the taxpayers.

Who will they bailout out next?  My money’s on California. They too are facing financial disaster.

The one thing I have never understood about Barbara Comstock is why the bail and switch in her initial election in the first place? The 10th district had changed during Frank Wolf’s long tenure and underwent at least two (if I recall correctly) redistrictings both of which benefited his future reelection efforts with augmented additional conservative voting base. I’m convinced she could have run on the positions she apparently represents a left leaning Republican establishment type voting the straight Boehner/Ryan leadership line right up front. Was Bob Marshall of such concern to her that her team felt they had to engage in the “I’m a conservative” fraud in her initial run to counter his influence and vote count?

Now her real issue and the issue for the 10th District is not a future Republican challenger but the Democrats getting their act together and running a decent candidate against her. She is current just a cipher, neither fish nor fowl, not particularly liked or fervently supported by the conservatives or moderates in the district or viewed as anything other then a stop gap by the Democratic left. A woman without a base except supposedly for the frequently mentioned government workers that are only a voting block monolith in the minds of her close supporters that always seem to fall back on that particular myth to justify her latest vote.

I have always felt that while she wanted the job, had been somewhat groomed for the job and had the complete support of long serving Frank Wolf for the job that she just wasn’t ready and didn’t bring to the table any real policy knowledge or heartfelt positions. A blank slate looking for a vote. I think we can expect her to continue to be a reliable vote for the speaker’s and leadership’s legislative positions as she has done consistently to date on each and every forwarded bill. In other words a leadership foot soldier, frankly much like Wolf was in many ways for his 33 years, but with far more in common with the Democratic policy positions then Republicanism, conservative or otherwise.

You are right, Comstock’s real problem is a democrat challenger. Because Barbara, and other establishment types, did very little to help the Republican nominee for Chairman of the BOS in Loudoun win, a Democrat is now in that seat. The new Democrat Chairman is very popular, a moderate, very attractive Black woman named Phyllis Randall. She will take on Barbara Comstock in two years and Comstock will wish she had done more to get a Republican in that seat.

How silly is all this?? Not a dime of taxpayer money being used, yet you call it a “bailout”….I suppose ATR supporting the measure means Grover is now a pro-tax RINO. Try understanding what is really in the bill before jumping to conclusions and off cliffs. Proud of Congresswoman Comstock for all her hard work. Keep it up Barbara and don’t let the naysayers, who understand so very little, get you down.

Pretty disappointed in Comstock. This is about the 3rd bill she’s cast a RINO type vote on recently.

Bottom Line: She votes to support Ryan’s agenda. Supporting Ryan’s agenda now will move you up within the House power structure for the next Congress.

Shades of 2008. Isn’t the tone comparable to the Armageddon predicted if we didn’t bail out the banks back then?

This is a mess and it is a mess that Puerto Rico created. Restructuring their debt assumes that there is a solid plan moving forward to gain back solvency with cost saving measures. Last year while reeling with massive debt, Puerto Rico used a revenue clawback to pay $354 million due December, 2015. Of that, $120 million was for mandated seasonal bonuses to workers. Does this sound like Puerto Rico is getting it’s financial house in order?

Last time I checked, they had not even provided auditable financial records for 2014 or 2015 to the government to move forward with this restructuring. Where is the accountability?

Why are we to trust that PR can solve this crisis with an expensive fix at the expense of bond ratings for states and municipalities? Or private investors who hold bonds?

But yes, let everyone scream the sky is falling and we are all doomed if we don’t get onboard and support bad behavior. Just like 2008.

But career politicians have never met a crisis they didn’t throw money or bad financial policy at even at the expense of others.

…………………..Follow the money……………..
What you won’t hear anyone talking about though is Mitt Romney who owns Bain Capital is a primary bond holder and is invested heavily in Puerto Rico. Bain Capital stood to lose a lot of money without the bailout..The bill isn’t an explicit bailout but it does facilitate a cash infusion to the PR Power Utility under the guise of “Critical Energy Infrastructure Projects” funding. It creates an Oversight Board, allows PR to attempt to restructure outstanding muni debt and create a conduit to the Feds to launder cash to the Power Utility, which is responsible for some of the July 1 $2b payment. It’s hard to tell what this bill actually does to head off a default..

Supporters of the bill say it’s not really a bailout because they feds aren’t directly giving Puerto Rico money, yet. They are helping Puerto Rico to “restructure” their debt.

The contents of the bill met no criteria of a “bailout” as no funds were given or committed.

That’s true. It is not technically a bailout. We’re ‘helping’ them. No money yet.

I agree it isn’t technically a bailout. However, it is kicking the can down the road with false hope, which is often prelude to the next real bailout. Unfortunately, it will necessarily take a disastrous failure to convince politicians that reckless spending has consequences. Without that pain, the number of irresponsible politicians bankrupting their constituencies will grow even faster than it has been growing in the last 30 years.

Barbara needs to be Cantorized. Campaigning as a Conservative and governing as a moderate/liberal does not work with the grassroots anymore. We need to begin a search now to replace her in 2018. A clone of Dave Brat would work…..

Problem is that a clone of Dave Brat could not even come close to winning in that district. Better to have someone who votes your way half the time than someone who never does.

I know this has become the conventional wisdom for the 10th district. I just don’t believe that since we have a proof that real conservative can win the 10th! Barbara herself. Barbara won the district running as a real conservative.

It apparently took Barbara about a NY minute to go all D.C. Pity.

Half representation by many squishy Republicans is the major contributor to the situation in which we find the country. If she has to govern as a liberal or in your terms a 50/50 Republican why does she campaign as a Conservative Republican. Our conservative principles are good enough to get her elected but not good enough for governance? Like I said before the grassroots is not buying that line of reasoning anymore.

Baloney! Ever hear of a guy named Frank Wolf? He was a REAL conservative and of course did quite well here for decades. People thought they were voting for his protégé when they elected her, not the opponent and eradicator of his legacy.

Frank Wolf got a pass from the grassroots because of his age and his focus on getting Congress off the dime by forcing the Benghazi issue. Frank was an “F” on the three major scorecards just like Barbara. The RINO strategy is to come down hard on 3-5 important Conservative issues and then vote with the Democrats when ever possible or when the RINO leadership dictates her vote by directing lobbyist funding her way. Principled Conservativism is not a buffet of political dishes.

Wolf’s age? Reagan was older than Wolf when he was President.

Really? Did this vote have any great significance to the people of the 10th district? How would this bailout vote have matter to her reelection? I can understand her motivation on federal worker budget votes, but this vote for a bailout of Puerto Rico just reveals she isn’t the least bit conservative.

Next up will be Chicago. I could not possibly be more disappointed in Barbara Comstock.

Yes, Barbara’s votes have been quite a surprise. She was a conservative when she ran for Congress.

Every Republican is a Conservative when they run, who they are after they get the job is the real person.