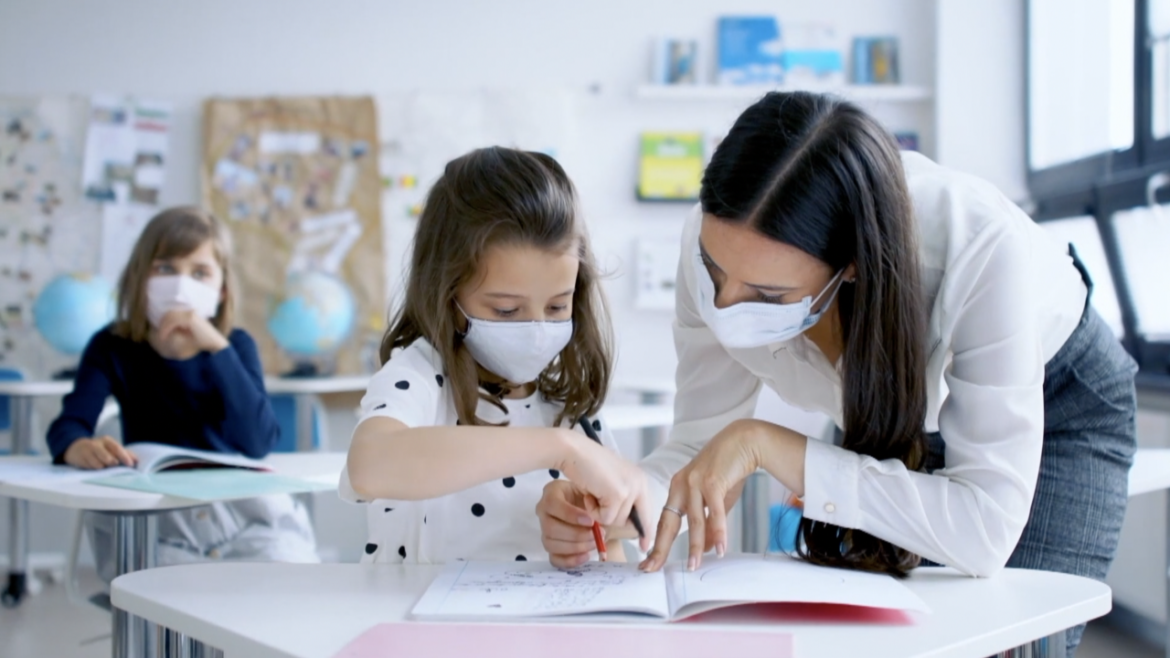 UPDATE: The bill has now passed the Senate and is being sent to the House of Delegates. Senator Petersen said the bill could become law by the end of February. Three Democrat Senators voted for the final bill, Chap Petersen (Fairfax), Joseph D. Morrissey (Richmond) and Lynwood W. Lewis Jr. (Accomack). More here.

On a bipartisan vote of 29 to 9, the state Senate has passed Senator Chap Petersen’s (D-Fairfax) amendment to make masks optional in public schools. In the Senate, the Democrats hold a majority, 21 to 19. This legislation goes along with Governor Youngkin’s second executive order.

“I don’t think the policy has been working. I think it’s irrelevant and I think we need to get rid of it and move on,” Sen. Chap Petersen (D-Fairfax) said about universal mask mandates.

Petersen made it clear he plans to end the policy of universal masking at schools in a letter he wrote to the Superintendent of Fairfax County Public Schools.

“As a parent, I’ve had enough,” Petersen wrote in the letter. Click here to read the full letter.

The bill is expected to pass the House of Delegates where Republicans have a clear majority. From there it will go to the Governor to sign into law.

And it garnered several DEMOCRAT votes, not just Chap Peterson. So, put that in your crack pipe and smoke it.

And here is another one for you, with the support of Democrats, the Virginia Senate passed a bill that would require local school districts to adopt policies informing parents of any sexually explicit content used in class â€” and provide alternative materials on request. After you are done smoking your crack pipe, you can chew on that one.

I doubt schools will blink an eye. Experts choose the materials that are chosen. As far as your ignorant crack pipe comment, makes me fairly confindent about the “news” sources you choose to fill your head with bullshit

The Freedom Convoy has destroyed the socialist tyranny. Here is another example of the fallout. Democrats are running like rats from their policies and hope that the American people quickly forget their totalitarian behavior. Masks don’t work. Vaccines are now seen as toxic. Treatments are now on the rise.

Down with the global socialists, communists, and fascists. Freedom wins when the truth is allowed to flourish.

Does not become effective until 7/1. It is moot.

Is that true Eric? Ha… that is classic. They make a political stand… so brave!! and pointless.

Who cares about a date. Things are already changing. See Freedom Convoy.

“Even your totalitarian Marxists in the Senate admit masking is useless.” Just a ridiculous thing to say

Not true Eric. Chap says it could go into effect by the end of this month.

Wrong again…”Both the House and the Senate clerks, the General Assemblyâ€™s experts on legislative rules, confirmed to the Mercury that, under current practice, an emergency clause sent down by Youngkin could pass with simple majority votes.”

Smart move politically, Dems and Conservative Inc., being ahead of the curve.
The truth about masks, and the clot shot are tricking out on msm, including on the frauds at Fox.
Tick-tock-tick-Tock…