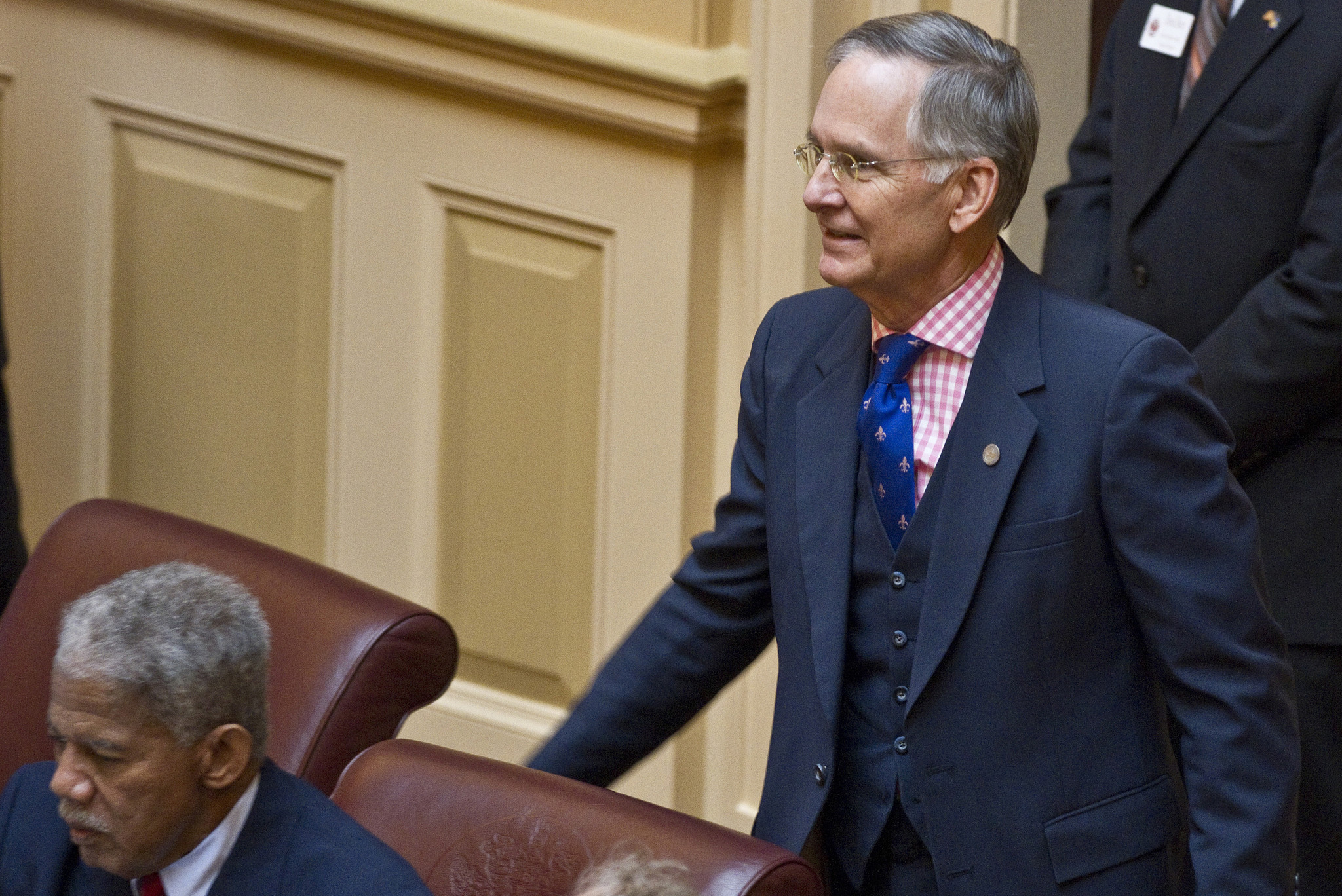 Its all one big happy family.

Virginia’s Senate Republicans, fresh off an historic election retention of their majority, avoided an ugly leadership fight in their private caucus meeting today in Portsmouth.

Last week on my radio show Garrett announced he was abandoning Norment for senate leader unless the veteran lawmaker relinquished his expected chairmanship of the powerful senate finance committee in 2016.  Garrett, a likely GOP candidate for governor in 2017, said the dual role would cede too much power to one individual. The conservative senator’s call was burnished when several other senate Republicans joined the chorus, including Stanley and former GOP candidate for attorney general Mark Obenshain (R-Harrisonburg).

Both Stanley and Obenshain, as well as State Sen. Steve Newman (R-Bedford) were named to senate leadership posts as part of what appears to be a compromise of the old guard with the new more energetic conservative wing of the Virginia senate GOP.

Obenshain, who was widely regarded as the front runner for the GOP gubernatorial nomination in the summer, has ruled out a run for governor in 2017.

State Sen. Frank Wagner (R-Virginia Beach), fresh off a blow out re-election bid two weeks ago after being outspent by his opponent, is also expected to mount a serious run for governor.

Anyone with that shirt and tie combo should not me in leadership.

So, Norment is majority leader, and Norment is one of the co-chairs (whatever that means) of the Finance Committee, along with Hanger. Smells like a Norment / “old guard” victory, not a deal.

And why, for a group of only 21 people, are 6 leadership positions needed?