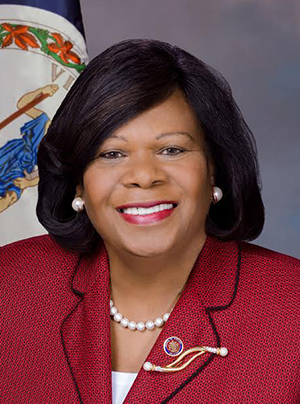 Virginia Senator Rosalyn R. Dance (D-Petersburg) threatened Petersburg Mayor W. Howard Myers with cuts in federal and state funds if he didn’t do as she wanted and fire the city leadership. Â From the the Richmond Times Dispatch,Â

â€œThereâ€™s no project that youâ€™ve got out there that the state will support unless Lashrecse and I say, Governor, yes, we want you to support this,â€ said Dance, referring to Del. Lashrecse D. Aird, D-Petersburg.

On Saturday Mayor Myers admitted that he had been threatened by Senator Dance.

â€œShe threatened me, if I didnâ€™t do what she wanted,â€

During this time period there were problems with Petersburg’s finances and there were calls to fire City Manager William E. Johnson III.

Senator Dance said Saturday the recording of her threats to Myers emerged to distract from the Mayor’s problems. The City Council is meeting to consider terminating Myers as Mayor which is a largely ceremonial role. Â The City Manager is in charge of running the city.