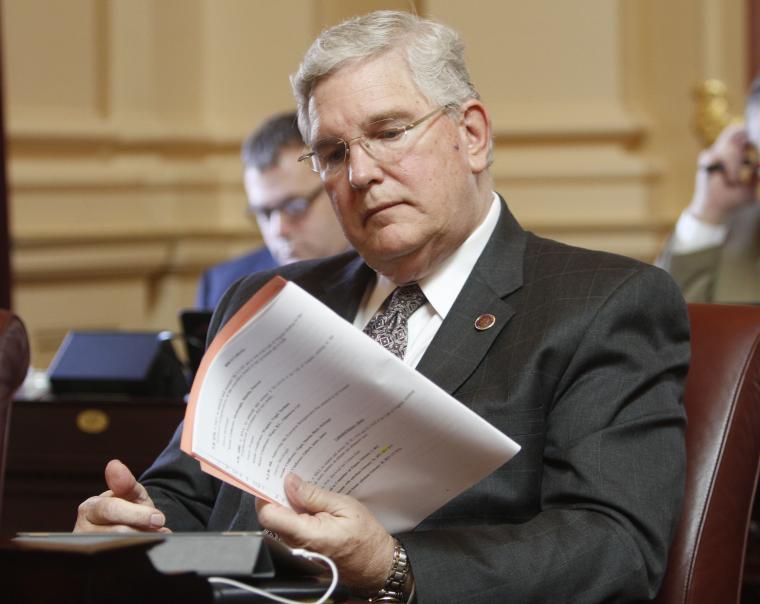 Local News Channels in Hampton Roads are reporting that Senator John Miller (D-1) has passed away on Monday.  Miller was first elected to the Senate in 2007, and was re-elected in 2011 and 2015.  He served on the Agriculture Committee and the Privileges and Elections committee.

Before serving in the Senate, John Miller was a aide to Senator Paul Trible for six years and spent 18 years as a reporter.

No word has been given yet as to cause of death.  More details can be found here, and here.