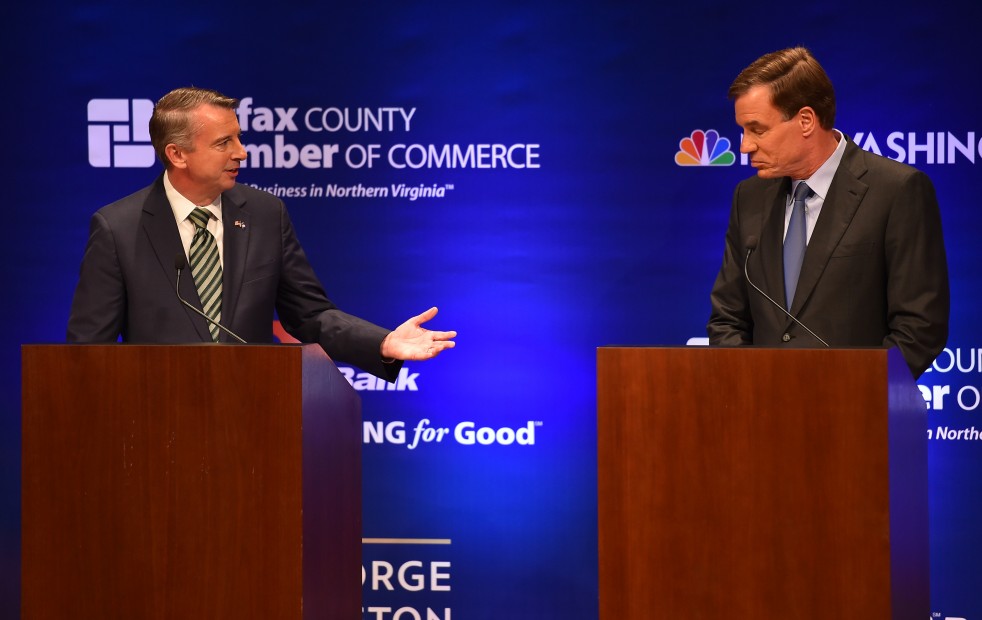 Virginia statewide contests for 2017 and 2018 begin to take shape

Jeff Schapiro at the RTD reports that former U.S. Senate candidate Ed Gillespie is angling for another Senate run.  After nearly scoring what would have been an historic upset of Sen. Mark Warner (widely regarded as the state’s most popular politician) in 2014, Gillespie has reportedly told a Richmond business advocacy group that he’s leaning toward another run in 2018, this time against Sen. Tim Kaine.

This revelation dispels speculation that Gillespie would run for Governor in 2017, a rumor that has persisted despite Gillespie’s public denials.  As Schapiro says, this clears the way for Gillespie ally and former Attorney General candidate Sen. Mark Obenshain to make the 2017 run.

(BTW, Chris Leavitt may be a busy man over the next few years.  After running Obenshain’s 2013 bid, and managing Gillespie’s 2014 campaign, Leavitt is now statewide coordinator for Obenshain’s pick for president, Scott Walker.  That race will end in time for Leavitt to turn in earnest to the 2017 race, and then 2018.)

So, the big question is who might stand in the way of Obenshain and Gillespie for their respective nominations?

Schapiro suggests former Attorney General Ken Cuccinelli may run for Governor again next year, though some speculate he’s more closely eying a Senate bid in 2018.  The popular Rep. Rob Wittman (VA-1) has also been rumored to be looking at a run for Governor next year.  So far as we know, no other potential Republican candidates have emerged for either office, but it is still very early.

On the Democrat side, Kaine will be a formidable incumbent if he runs again, which presumably he will.  He is not as well-liked as Warner, which means the Republican nominee would likely have a pretty good shot, especially without a presidential race to boost turnout among Kaine’s base.

The funnest race next year will likely be the battle pitting the Attorney General and the Lieutenant Governor against each other as they both debase themselves in the hopes of getting a promotion to the top job.  AG Mark Herring and LG Ralph Northam, who are former Senate colleagues, have both made no secret of their ambitions as they position themselves for the contest.  Herring in particular has been a standout among the progressive base with his flamboyant lawlessness on hot button issues.  Northam, in contrast, will come across as the much more level-headed and electable liberal alternative.  Should be fun to watch that food fight play out.