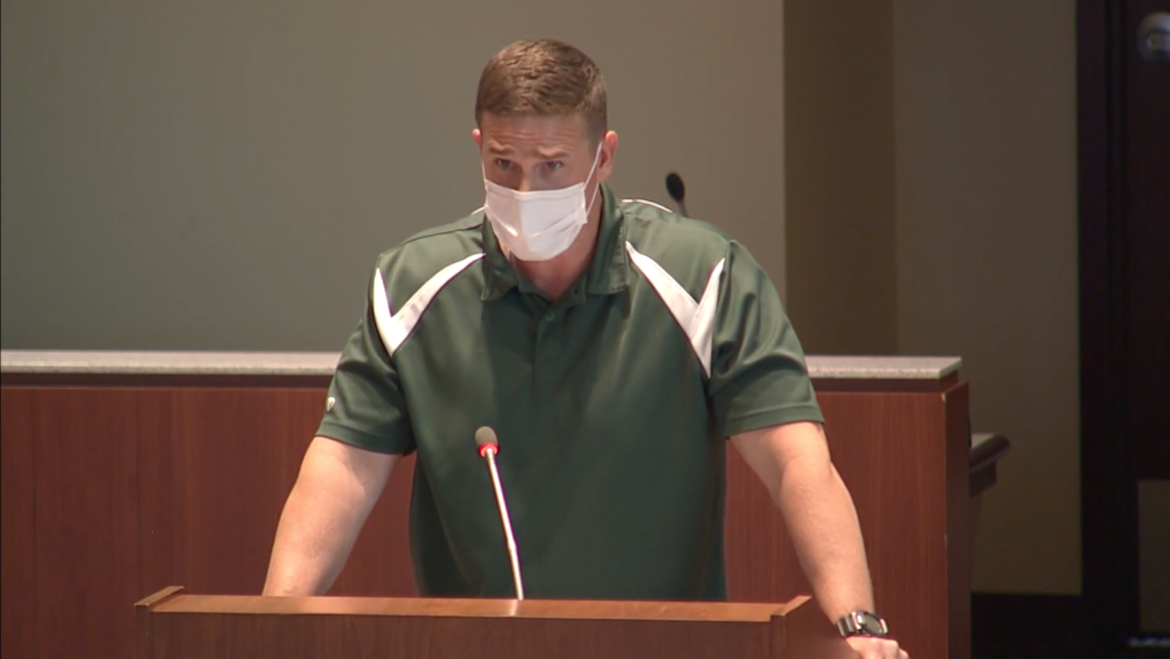 The Supreme Court of Virginia has upheld the ruling of Circuit Court Judge James E. Plowman that ordered Loudoun County Public Schools (LCPS) to reinstate gym teacher Tanner Cross who was suspended when he told the School Board he would not lie to children and refer to them by a gender they are not. Cross told the board, I’m a teacher, but I serve God first. And I will not affirm that a biological boy can be a girl and vice versa, because it is against my religion. It’s lying to a child. It’s abuse to a child.”

Judge Plowman ruled that the action taken against Tanner Cross was likely unconstitutional and the higher court agreed.

Loudoun County Public School officials have not responded to the ruling.

Did anyone see the story where JMU held some orientation classes for freshmen? One of the students leaked a slide with the usual horsecrap of the Critical Race Theory TM presented to indoctrinate, er… orientate the young people who will be 30K in debt for the dubious degree they’ll get from JMU… but boy will they PARTY!!! JMU now hold the distinction of being the Party school of VA.
This is a school that contemplated changing the name… the name of a guy responsible for the US Constitution… now of course they compromised and got rid of some building names of former Confederates…
It is funny when your main current troll, John Martin by handle claims that this isn’t happening.

The left is fighting hard to get rid of all of our nation’s history with a great deal of success. What is a country without history?

You can see the JMU administrator says on Youtube yesterday that they are “pausing” the training to review it. Your friend Bacon of Bacon’s Rebellion covered this on his website. You need to get him to do a piece on it.
JMU’s website has the video. JMU is about to get on my #hit list….they are too close to you in the Swamp Jeanine…to many woke fools go there from Nova.

Look it up Johnny. Turn off MSNBC for a moment. You will find that yesterday, JMU and the idiot who was responsible for the orientation had to “review” the training for Teaching Assistants at JMU.
Look it up. It’s in Bacon’s Rebellion for one source.
Or just stick your head up you butt as usual… And go Blah blah blah … it isnt happening.
JMU is squishy on your beloved indoctrination sometimes. Their alumni aren’t as liberal as UVa… UVa will have those jefferson statues torn down before long.

If there is any hope of saving this nation it will be a result of building strong local private-sector free-market communities, where neighbors know neighbors and are ready to work together as needed.

The liberal socialists do not care about freedom. Kimg Biden is researching tech to sap our freedoms and rule as a dictator. They literally abhor freedom.

He will constantly have to defend himself. Best have a legal team on standby to combat the childish abuses handed out by democrats. He will be stonewalled for promotion and given menial tasks to do. His fellow teachers will see what happens to dissenters and keep silent.