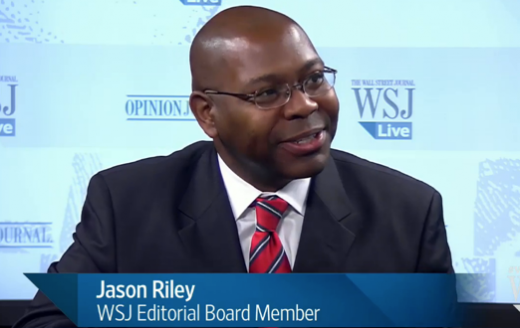 Virginia Tech Invites Jason Riley to Speak on Campus, Disinvites him and Re-invites Him

On college campuses across the country the last few months are known as “disinvitation season”  when students, all those Special Snowflakes, demand that their universities rescind invitations issued to campus speakers who the left deems to be conservative and too offensive for the delicate ears of college students. Universities most often cave and disinvite the offending speaker, most often a conservative or someone who just doesn’t lean as far left as students demand.  Virginia Tech is no exception to the disinviting fervor on college campuses but this one has a different twist.

In April Virginia Tech’s Pamplin College of Business invited conservative Jason Riley to deliver the BB&T Distinguished Lecture.  Jason Riley is a Black conservative who writes for the The Wall Street Journal and frequently appears on Fox News.  He has also written a book that liberals consider controversial, “Please Stop Helping Us: How Liberals Make it Harder for Blacks to Succeed”.  Amazon.com describes the book this way,

Why is it that so many efforts by liberals to lift the black underclass not only fail, but often harm the intended beneficiaries?

In Please Stop Helping Us, Jason L. Riley examines how well-intentioned welfare programs are in fact holding black Americans back. Minimum-wage laws may lift earnings for people who are already employed, but they price a disproportionate number of blacks out of the labor force. Affirmative action in higher education is intended to address past discrimination, but the result is fewer black college graduates than would otherwise exist. And so it goes with everything from soft-on-crime laws, which make black neighborhoods more dangerous, to policies that limit school choice out of a mistaken belief that charter schools and voucher programs harm the traditional public schools that most low-income students attend.

In theory these efforts are intended to help the poor—and poor minorities in particular. In practice they become massive barriers to moving forward…..

Ten days after Jason Riley was asked to speak at Virginia Tech the invitation was withdrawn in an email saying the department chair and others on campus were “worried about more protests from the looney left if you were to give the lecture”.  Mr. Riley wrote about his experience and the ban on free speech on college campuses here.  Yes, it’s just as we suspected, the looney left has taken over our universities and will not permit any conservative views to be aired.  Riley said,

In April, I spoke at the University of North Carolina at Chapel Hill, where the college Republicans who invited me took the precaution of clearing my name with liberal student groups “to make sure they wouldn’t be upset.” (emphasis mine)

We’ve reached a point where conservatives must have their campus speakers preapproved by left-wing pressure groups. If progressives aren’t already in absolute control of academia, they’re pretty close.

What happened next at Virginia Tech was very unusual, the liberals were forced to cave.  From Heatstreet.com,

The story (about Virginia Tech) went viral, first appearing in National Review on May 2, then in the Wall Street Journal and Megyn Kelly’s Fox show on May 3, in addition to about 50 other news outlets throughout the week, by Virginia Tech’s own count, according to internal emails. The university received more than 100 emails expressing outrage at the decision, including from donors threatening to withdraw support.

That vociferous public opinion weighed heavily on officials at Virginia Tech as the university struggled to react. “While we can respond to the people who write us, we cannot dispel the negative impression created by the media against the president, the university, the dean and the college, and the department,” wrote the head of the finance department, Vijay Singal, in one memo. “This is a matter of grave importance to us all and, therefore, requires strong action as appropriate that can be cited to external constituents including the media.”

The backlash was not limited to the finance department or business school hosting the lecture. On May 4, a political science professor at nearby King University wrote that, as a result of the Riley controversy, “I will actively discourage my students from attending your graduate programs or from transferring into your undergraduate program in the future, and I will not write any letters of recommendation for anyone wishing to attend your program….”

Several alumni threatened to pull donations or cancel bequests to Virginia Tech in their wills. “Don’t ever ask me for money again,” writes one 1992 graduate following the Jason Riley controversy. I’m done.”

“Seriously, I am packing away my VT apparel, canceling my plans to attend some football games this fall and no longer traveling to attend any VT Bowl Games,” another “former Hokie” wrote. “Future donations to the University? You’ve got to be kidding!”

The Virginia Tech Alumni Association also emailed university relations, noting that “we had a trip cancellation [from a 1965 graduate] over the Riley situation.”

Ultimately Virginia Tech was forced to re-invite Riley to appear at the university.  Perhaps we’re making progress, perhaps some universities will reconsider disinviting conservatives.  Perhaps, but I wouldn’t count on it.

Virginia Tech Invites Jason Riley to Speak on Campus, Disinvites him and Re-invites Him was last modified: June 3rd, 2016 by Jeanine Martin

It’s difficult to fight this insanity and rejection of free speech in the self contained bubble of a life tenured professorial leftist cadre managed by a gutless PC administration with achievement of educational goals fading in importance to the glorious jihad of social protest. One path I might recommend for some of us older alums with structured stipends or grants build into investment portfolios or estate plans is just call your friendly grant officer at alumni affairs and inform them given recent campus policies your benefit decisions have been reevaluated and will be accordingly shifted. Enough conservatives apply this type of financial pressure and believe me they will feel pain. Will it be enough, probably not, but cash is generally a better stick then simple complaint to these fascist wannabes.

I think you’re onto something here, good sir

As an alum (and admittedly with a right wing bias) this was sickening. Academic grounds should be where ideas are exchanged. I wouldn’t make time for to see any liberal pundit as a guest speaker, but that wouldn’t stop me from opposing them. I might even walk past and kinda chuckle to myself at some of the characters that are walking inside!

That being said, those who have any ties to terrorist organizations (or at least sympathies) have no cause to be given a pulpit. They often express ideas what can and do incite violence. Speakers like barry’s old pals, dohrn and ayers. There are far too many examples of others like them, given an open forum, too.

Until recently I was glad that VT had been spared from the worst of the toxic SJW culture (or so it appeared). But when I saw that the new university president was a UC Berkeley alum then I figured it was only a matter of time before things took a turn. And it appears they finally have, sad state of affairs.

Just remember this incident when the university comes asking for $$.

shoot, I take this approach when my dear fraternity requests money! they’re too pc and embrace too many sjw causes.