Latest Posts
President Trump declares Virginia a major disaster area
Questions for Governor Northam
Three field hospital sites identified in NOVA for...
Three Republicans qualify to be on the Republican...
Model-mania
Wear a mask to prevent the spread of...
Candidate for Congress in the 10th district fails... 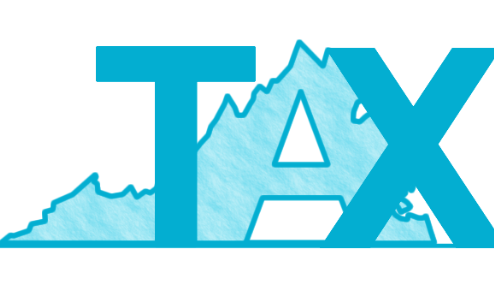 Virginia to fall behind?

Yes, if Northam has his way on legislation.

I’m thrilled to see working people across America benefiting from the federal government’s “Tax Cuts and Jobs Act.” Wages and business incomes are up, retirement plans and investments are improving, and companies are bringing money back to invest in America.

Unemployment is near historic lows, with particularly great milestones for minorities and others who have been left behind in previous periods of growth. An unintended effect this has on Virginians is not so good. Without action by the Virginia legislature, Virginia’s middle-class families will face a $500 million dollar tax hike for 2018 and future tax years, thus missing the full benefit of the federal relief. Virginia lawmakers should take a thoughtful and broad-based approach to tax reform so as many Virginians as possible experience tax relief.

Virginia has not passed significant tax reform in recent years, even though many worthwhile ideas have been brought forward by policy researchers and former candidates for governor Ken Cuccinelli and Ed Gillespie. I will push for Virginia to pass pro-growth changes to our tax code that will make Virginia more competitive with our neighboring states and the rest of the nation and allow Virginia’s hardworking families and businesses to keep more of their hard-earned money.

Our economy here in Virginia is recovering, but growth has been lagging behind other states. Virginia citizens are much better than the government at deciding how to save, spend, and invest to grow our economy.

Instead of focusing on this critical issue of tax reform, the governor just announced two proposals, both politically motivated.

First, Gov. Northam wants to take the additional revenue from middle-class working families and small businesses and redistribute it to people who don’t pay taxes, a move that certainly fits the trend of Democrat politicians toward a more socialist style of governance.

Northam’s political maneuver No. 2 is his recently announced decision to waste the Commonwealth’s and the legislature’s time and resources by convening a special session of the legislature next week to re-draw 11 House of Delegates districts for the November 2019 election. This, despite the fact that the court case involving these districts is under appeal, and new districts would only be in effect for one election, since the normal decennial statewide redistricting would take place prior to the 2021 elections.

My hope is that Gov. Northam and the General Assembly will come together to pass meaningful reforms, avoid the new tax, and help Virginia’s families, small-business owners and economy.

Dave LaRock, R-Hamilton, represents the 33rd District in the Virginia House of Delegates.

Also published in the Winchester Star

Three Republicans qualify to be on the...

Wear a mask to prevent the spread...

Candidate for Congress in the 10th district...