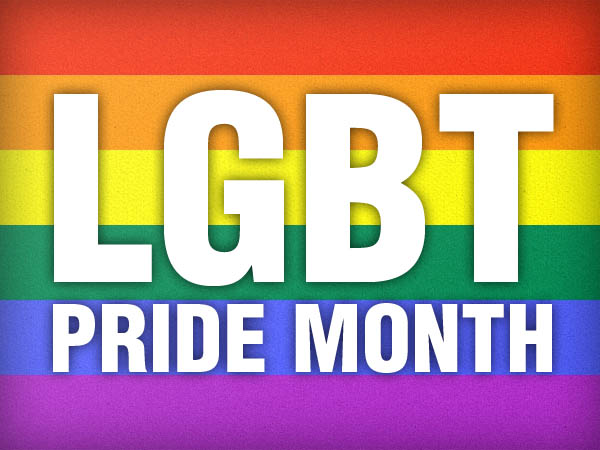 On Saturday Virginia Young Republicans passed a resolution, on a 19 to 5 vote, recognizing June as LGBT Pride Month and celebrating the individual identity of each member of the LGBT community:

Whereas June is widely recognized as LGBT Pride Month, promoting equality and acceptance for members of the LGBT community; and

Whereas the Republican Party is committed to the individual liberty and wellbeing of every American, including LGBT citizens, and

Whereas the Virginia Republican Creed asserts “that all individuals are entitled to equal rights, justice, and opportunities and should assume their responsibilities as citizens in a free society;” and

Whereas the Republican Party recognizes that individuals should be empowered to make decisions for themselves without undue intervention from government or society; and

Whereas such freedom must include the ability of each person be who they want, to love whom they want, and to express oneself how they want; and

Whereas identity politics has been used to ostracize LGBT Republicans and make other LGBT citizens falsely believe that holding liberal political views is the only way to stay true to their community; and

Whereas the struggle for LGBT equality was built upon the fundamental belief that LGBT individuals must have the freedom to live their lives as they see fit; and

Whereas that same principle demands that the political freedom of LGBT individuals must also be respected,

Now be it therefore resolved that the Young Republican Federation of Virginia recognizes June as LGBT Pride month, supporting equality and acceptance for LGBT individuals; and

Be it further resolved that the Young Republican Federation of Virginia honors the individual identity of each member of the LGBT community, respecting their sexual orientation and gender identity along with all the other characteristics that together form the totality of who they are as a person; and

Be it further resolved that, in the spirit of the struggle for LGBT equality, the Young Republican Federation of Virginia emphatically rejects the premise that one’s identity as an LGBT person is contingent on holding liberal viewpoints or opinions.

“Whereas such freedom must include the
ability of each person be [sic] who [sic] they want, to love whom they want, and to
express oneself how they want … ”

Let me see … hum! I want to be a zebra, and I want to love lions and crocodiles, and I want to express myself by driving tour buses across the velde while eating hot fudge sundaes. (Isn’t anybody dead tired of this disgusting nonsense?)

Good for them. The gop in Virginia can never have too many voters.

It figures that most of the comments would be negative.

Not negative. Totally apathetic. Don’t get all defensive over nothing.

Negative to what? The word salad? Sheer arrogance and condescension? Pointless virtue signaling?

I trust that you and the rest of your YR’s are not familiar with Frederick Douglass?

I’m just glad the YR’s have decided to demonstrate their political irrelevance thus proving the need for RPV reform.

I was expecting negative as well but to the contrary by my observation. Ambivalent yes, negative, notsomuch.

That, and Roc/Jay actually having a conversation but if that’s your negative, revel in it I guess

Virtue signaling and political correctness all rolled into one.

This will come back to bite them. Conservatives lobby for all people not for interest groups.

Isn’t that their point?

How could we tell — I’m not fluent with that dialect of nonsense?

These 24, are they like the SCC for the YR’s? Do they meet 4 times a year too? Do they each represent an age segment, or were each elected by the 24 YR units across the Commonwealth? What other resolutions have the YR’s passed? How many active dues paying YR’s in VA were represented by this august body?

I know every Congressional district is infested with at least one of them, and the SCC has a couple tokens I think. What exactly is the reason for this group? Besides sandboxing them away from actual party stuff. I had always though they were a Republican match.com kinda thing. Oh, and they were the whippersnappers that passed out literature and put bumperstrips on backs of horseless carriages.

Rociante:
I was YRFV Chair from 2001-2005 and I’m delighted to answer your questions. It looks like this resolution was adopted by the YRFV Executive Board. The Executive Board is made up of a Chairman, First Vice Chairman, Treasurer, Secretary, YR Reps from the 11 Congressional Districts and a National Committee Man and National Committee Woman and 2 reps to State Central. There may be more because it’s been awhile since I was a YR. Executive Board members are elected at the voting convention and serve 2 year terms. The Chairman and the 2 State Central reps are voting members of SCC and the Chairman is a non-voting member of the Executive State Central Committee. So basically the Chairman and the 2 State Central reps are officers of RPV. So the YRFV is something RPV takes seriously.
The resolution above is non-binding on RPV and is probably a symbolic gesture to show that views and attitudes on issues of human sexuality are changing.

Thanks for that explanation. Who elects the YR Reps to the Congressional Districts?

About how many attend the conventions (and how are delegates chosen?) and “What other resolutions have the YR’s passed? How many active dues paying YR’s in VA were represented by this august body?”

Thank you for helping me understand the makeup of our party.

Reps to the congressional districts are elected at the “on year” convention. The Federation has a convention every year but only has elections at conventions that occur in odd numbered years. To be a delegate to the convention one must be a member in good standing in a YR club that has chartered with the YRFV. During my tenure as Chair, I kept registering very simple and nobody was ever turned away to be a delegate.
After my tenure was over May 2005, I pretty much walked away from the organization. I had given several years of time and a lot of money so I needed a break. I have no idea how many members there are now or resolutions that have passed. Sorry.

Ok, so they only represent the members of their clubs who go to the conventions to elect the representatives one year and the officers the next year.

There are x number of chapters representing y number of members (all of which can apparently vote at these conventions.)

So at one convention they elect their state leadership and the next they elect who they would like to represent the statewide YRFV Political Youth in each Congressional District. I can see how that would be desired as 11 equivalent unit chairs statewide.

Sorry if I was unclear. The entire Executive Board is elected at the “on year” convention. So the YR Reps to the 11 Congressional District Committees would also be elected at the same convention that elects the Chair, First Vice, Chair. etc.

Oh, ok so it’s a two year term. What happens in the off year conventions?

It sounds like your conventions are structured the same as our mass meeting/zombie prom ‘Conventions.’

Neither of which are very Republican as currently constituted.

Off year conventions would feature various speakers from around the Commonwealth and the Party. Candidates would swing by to ask for support from members.
Yes, it is run very similar to a convention. To prevent one region from dominating at a convention each congressional district gets a total of 15 votes. So let’s say there is only one delegate from VA-03. That one delegate gets to cast 15 votes for the candidates he likes. Let’s say there are 15 delegates from VA-11. Then each delegates one vote. Let’s say there are 30 delegates from VA-08 then each delegate gets 1/2 a vote.
In 2003, I was challenged by the Chair of the Alexandria YRs for YRFV Chairman. The vast, vast majority of his delegates were from VA-08. But because I had spent the last 2 years starting clubs all over the Commonwealth I had delegates from all over the Commonwealth and I got all of the votes in Congressional districts where he had no support. For instance, from VA-03 both delegates supported me so I got the 7.5 votes from both of them. In the end I won in a landslide. LOL

Thank you, this is fascinating. Does each CD elect their own representative or are these done at large by all the voters. In your example, would VA-08 have elected their CD representative, or would it have been one big ballot?

What happens when a YR chapter ‘straddles’ a CD? Does the Fairfax YR chapter get to cast votes in all the CD’s it belongs to or is it proportionally divided up?

The entire convention votes for all seats on the board. So someone from VA-03 would be voting for the YR Rep to all 11 Congressional Committees. The rep is required to live in the district they want to represent. So you could definitely have a situation where where a Fairfax member could be the 8th dist rep and another Fairfax member could be the 11th dist rep. When I was chairman we had the congressional district committee reps but we also had “regional vice chairs”. And we divided the Commonwealth into 5 “regions”: Northeast, Northwest, Central, Southwest and Southeast. We organized them along county lines so you wouldn’t have the problem you bring up about congressional districts don’t always cleanly follow county lines. The reasoning being that the Regional Vice Chairs would be more like reps to the local YR and Unit committees which organize by county. But, the Board that came after my 4 years decided to do away with the Regional Vice Chairs and just have the Congressional District Committee reps. I disagreed with the decision but my time had come and gone.

Your way was better. The current at large methodology makes for factions and facilitates a YR voting block that has no representative ties to the congressional district.

It sounds like the specialty token presence of YR’s and other affinity groups is past it’s prime. While there may have been a reason to create a Republican ‘Yout’ ghetto in the past, I feel that time is no longer.

If there is a need for YR-types to flock, they may do so as caucuses within the Units and Congressional Districts — there is no longer a reason for an at large body of specialty Republicans to have representation rivaling more than 1/10th of the Units in the party.

This back door balkanization of the party is anathema to our party and to our creed.

I simply DON’T CARE where you put your parts. Do whatever you want…I just don’t need to know about it, much less “officially” recognize it. Live your lives people….not very many people care about what you do, sorry to say. Talk about meaningless drivel.