The Demographics Research Group at the University of Virginia’s Weldon Cooper Center for Public Service has released their population projections for Virginia between now and 2040.  Virginia’s population will grow to 10.2 million, making it the 10th largest state in the nation. Northern Virginia will continue to show the most growth. 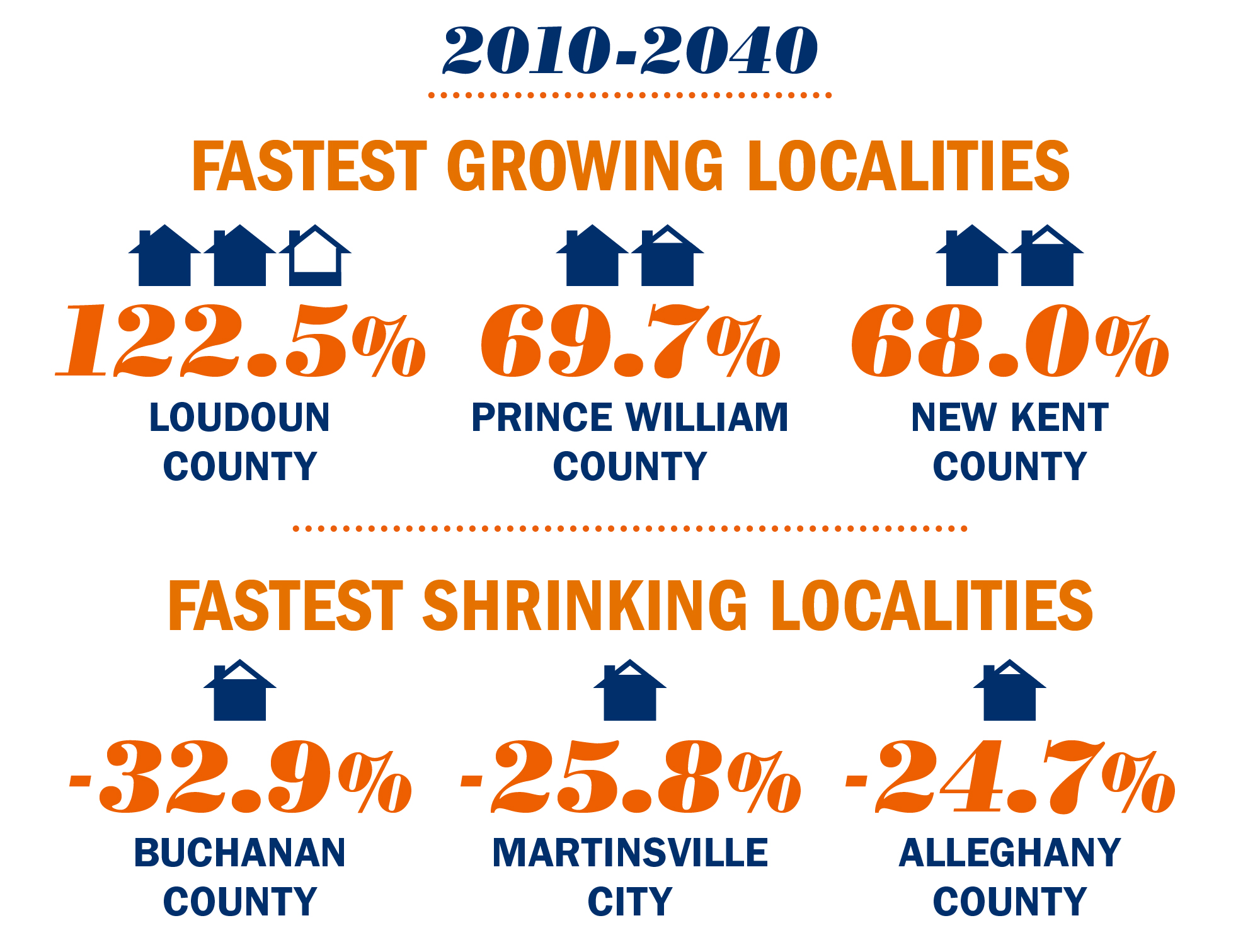 Between now and 2030 the population of elderly in Virginia will double, one in five Virginians will be over 65 years old.  The urban/rural divide will increase with the urban areas being younger and more diverse. 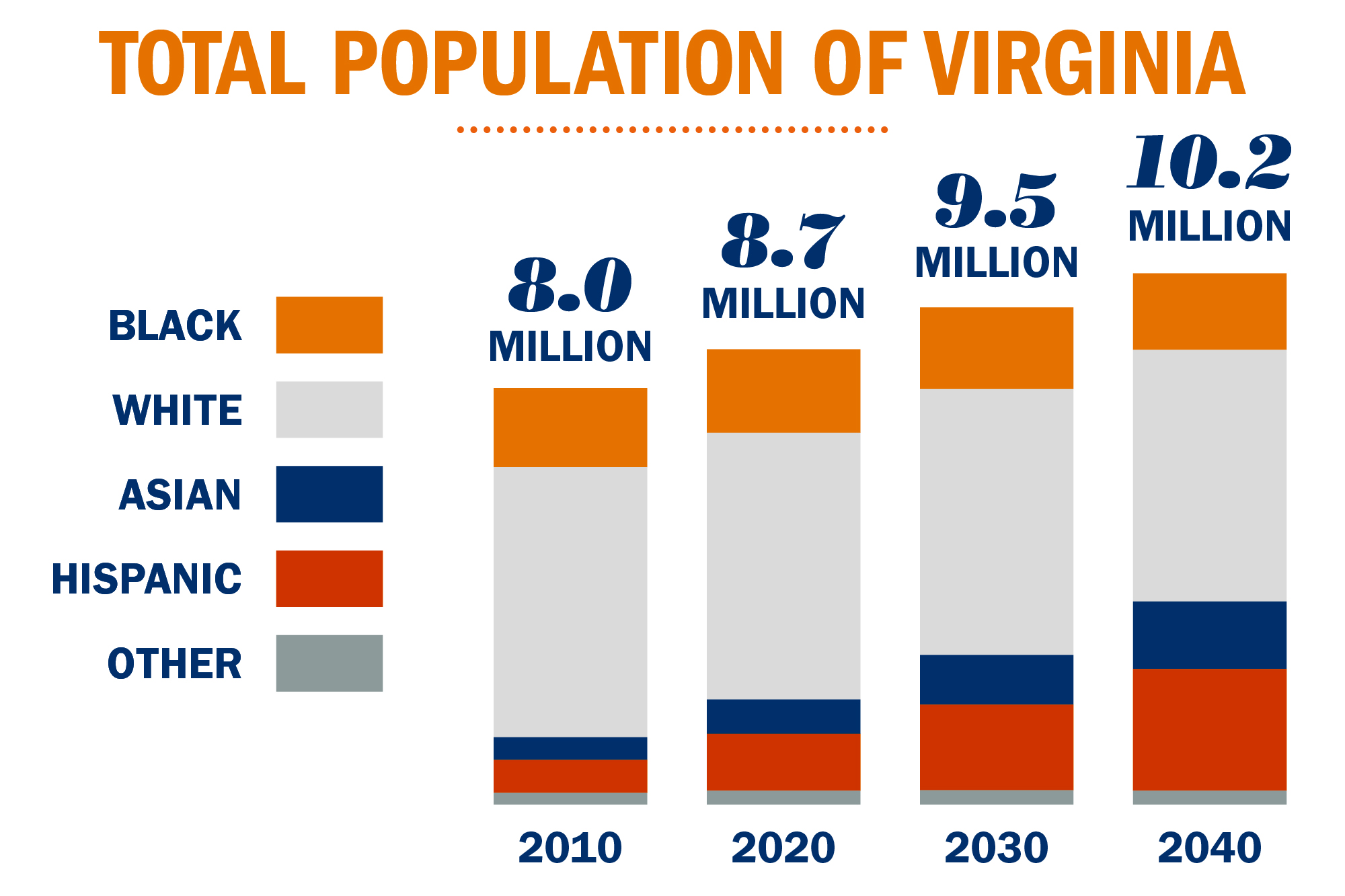 More details of Virginia’s population changes and an interact map by county here.