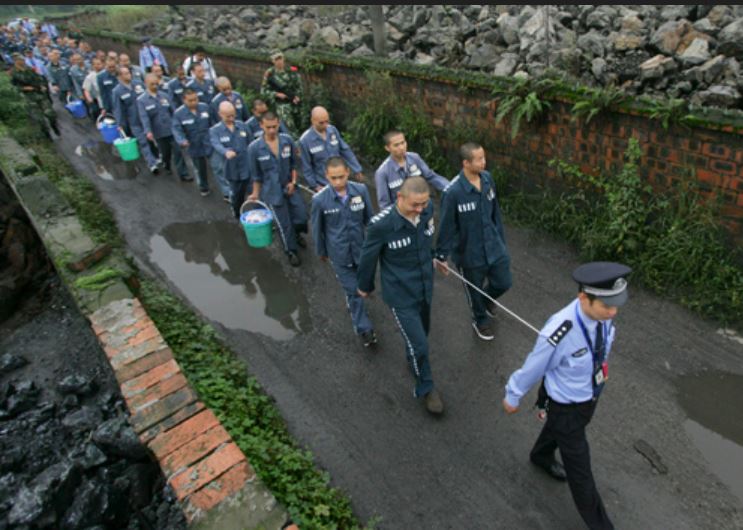 Can a state punish its school teachers for not having a progressive ideology? That’s what Virginia’s Board of Education appears to be doing. Its newly adopted “performance standard” for teacher evaluations is based on whether a “teacher demonstrates a commitment to equity and provides instruction and classroom strategies that result in culturally inclusive and responsive learning environments and academic achievement for all students.”

This standard is full of buzzwords and ideologically-charged phrases that can be used to punish conservative teachers or reward bad teachers for mouthing politically-correct platitudes. Its adoption will make it even harder to get rid of bad teachers and attract good teachers.

A “commitment to equity” sounds nice until you learn that “equity” means something very different from equality and non-discrimination, in “Virginia’s Roadmap to Equity.” In that book, “equity” is about racial “outcomes,” and it is not about equal “opportunities” or achievement based on “ability.” It describes “culturally responsive educators” as those who fight “injustice,” not just “racism,” or effectively teaching minority children.

So, this new performance standard could easily be interpreted as requiring an ideological “commitment” separate and apart from effective teaching.

But it would be very wrong for schools to require such an ideological commitment as part of a performance standard. People cannot be required to adhere to a particular ideology or philosophy to teach or study in our schools. As the Supreme Court once noted, “no official, high or petty, can prescribe what shall be orthodox in politics, nationalism, religion, or other matters of opinion or force citizens to confess by word or act their faith therein.” (West Virginia Board of Education v. Barnette (1943)).

Thus, the Supreme Court struck down a state’s requirement that a student salute the flag. Similarly, the Supreme Court has struck down state laws requiring commitments to particular ideas or convictions, in the form of loyalty oaths for teachers and other state employees. (See, e.g., Baggett v. Bullitt (1964)).

In Cole v. Richardson (1972), the Supreme Court set out conditions an oath for government employees must meet to survive constitutional muster — such as that a government job cannot be conditioned on a commitment by the employee to not engage in protected speech activities or activity protected by the First Amendment.

Protected speech activities include a lot of speech that is at odds with a “commitment to equity.”

Schools are not entitled to punish speech about political and social issues just because they think it violates their “values or principles.” For example, a college’s discipline of a fraternity was overturned by the federal appeals court in Richmond on First Amendment grounds, even though the fraternity’s racially insensitive skit was at odds with the university’s “mission statement” of teaching “values of equal opportunity and equal treatment” and “respect for diversity.” (See Iota Xi Chapter of Sigma Chi Fraternity v. George Mason University (1993)).

In Thompson v. Board of Education of Chicago (1989), a court ruled that a teacher’s remarks to a newspaper about problems in the Chicago school system (such as gang activity) were constitutionally protected, even though “individuals in the community had expressed outrage over the remarks,” and viewed them “as racist and inflammatory.”

Similarly, a federal appeals court ruled that the First Amendment protected an “assistant fire chief in charge of personnel” from being fired for expressing views at odds with his city’s own “policy on affirmative action” to a minority-advocacy group. (See Meyers v. City of Cincinnati (1991)).

And a prison guard’s angry diatribe against his employer’s affirmative-action plan was ruled protected speech by a California state appeals court. (See California Department of Corrections v. State Personnel Board (1997)).

Yet, on March 18, the Virginia Board of Education amended its Guidelines for Uniform Performance Standards and Evaluation Criteria for Teachers to add the new “equity” standard to its existing seven performance standards for all Virginia teachers. Pursuant to state law, teacher evaluations must be consistent with these performance standards.

What does equity mean? It’s not defined in the performance standard itself. But elsewhere, it never seems to mean equality. There isn’t a single definition, but definitions of various kinds of equity are found in the Virginia Department of Education’s book Navigating EdEquityVA: Virginia’s Roadmap to Equity (2020).

One definition of “equity” in this book absurdly requires “eliminating the predictability of student outcomes based on….ability [or] socioeconomic status.” It says:

But it is entirely predictable that a student with more “ability” will perform better than a student with less “ability.” Moreover, if poor students from broken homes “predictably” do worse because they are less prepared for school or have lower IQs, this is not the teacher’s fault. This definition of equity is an unattainable goal that no teacher can truly meet, and thus can be used to get rid of even good teachers.

Another definition of “equity” requires not just “equitable” “opportunities,” but also “outcomes” that are equitable for all races, and says the mere “absence of discrimination” is not equity:

Racial Equity (Racial Justice): The systematic fair treatment of people of all races, resulting in equitable opportunities and outcomes for all. It is not just the absence of discrimination and inequities, but also the presence of deliberate systems and supports to achieve and sustain racial equity.

This definition seems to be an indirect endorsement of affirmative action, although its language is so vague and confusing that one cannot be certain. Vague employment oaths and commitments violate the First Amendment. (See Baggett v. Bullitt (1964)).

The Constitution requires only the absence of discrimination in our schools, not “diversity,” affirmative action, or other things that might be seen as “equity.” (See Schuette v. BAMN (2014)).

The Roadmap to Equity defines “culturally responsive” in a nakedly political way that focuses on teachers’ belief and perception, not merely their classroom conduct. It requires teachers to “see cultural differences as assets” rather than challenges to be overcome, and to challenge “intolerance, injustice, and oppression,” without defining those vague terms. It says:

3/30/21: Virginia’s Ideological Litmus Test for Teachers, Not Good | Helping to Stop and Expose Critical Race Theory In LCPS and Around The Country March 30, 2021 at 9:38 pm