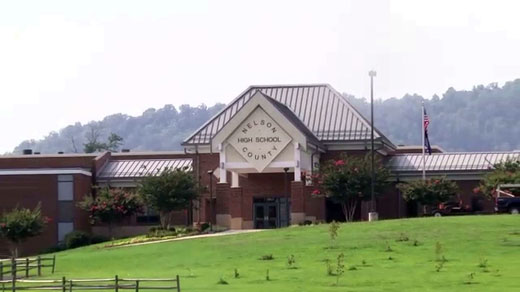 Nelson County, Virginia is a bit of an outlier: it’s a rural county that often votes for Democrats. Democrats at the top of the ticket won in 2008, 2012, 2013, and 2014—years in which Democrats won statewide in Virginia. Nelson backed Bob McDonnell in 2009 in the only statewide election in the past 8 years where Republicans won.

In 2012, Nelson County voted for Obama, giving the incumbent 50.5% of the vote versus 47.8% for Mitt Romney. In the same election, Nelson narrowly backed incumbent Republican Congressman Robert Hurt.

What makes this interesting for 2016? Well, Nelson County High School conducts a mock election every year. The kids and teachers voting in that mock election unsurprisingly track the preferences of the wider community, and have provided what appears to be an accurate predictor of how Nelson goes. And as Nelson goes, so goes Virginia.

For instance, here’s what happened in 2012, which closely resembled the actual outcome in Nelson and statewide:

We understand the 2008 mock election was also won by Obama, and showed Democrat Tom Periello winning the congressional race against Virgil Goode.

Obviously this isn’t scientific, and doesn’t account for the uniqueness of this year’s election. And yes, it’s just anecdotal. But it confirms polling showing both Donald Trump and GOP Congressional nominee comfortably in the lead in Virginia’s 5th Congressional District (and yeah, that’s actually sourced).

Republicans are looking to break a seven-year losing streak. Coupled with the latest scientific polls, this news suggests we just might.