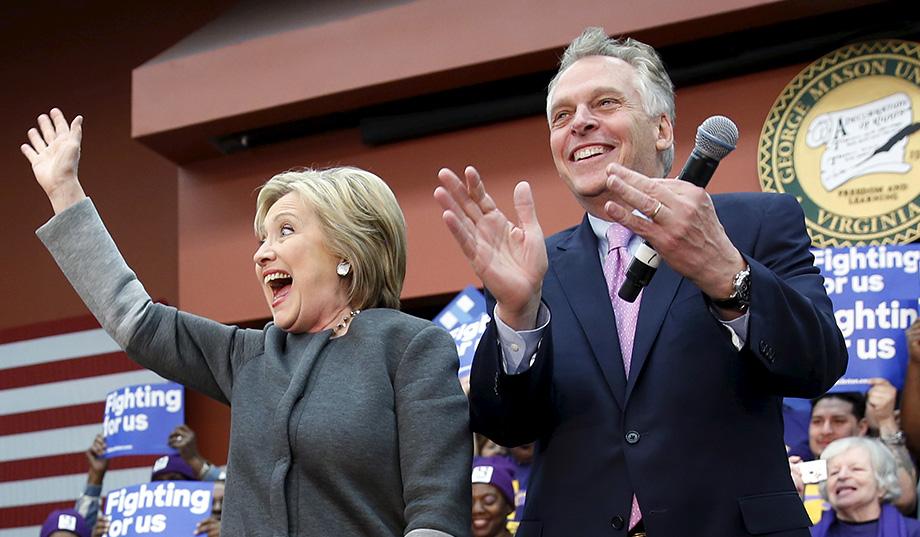 Virginia’s Non-Cooperation with the Presidential Commission on Voter Fraud

A Rebuttal to Governor Terry McAuliffe

This quote from The Washington Free Beacon gives us a glimpse into the McAuliffe Administration’s attitude about Election and Voter Fraud in Virginia:

“Today the Commonwealth and the other 49 states received a lengthy request from Kris Kobach, the vice chair of the Presidential Advisory Commission on Election Integrity, requesting a list of all registered Virginia voters, the last four digits of their social security numbers, their addresses, date of birth, political affiliation, and their voting history,” McAuliffe said in a statement. “The Vice Chair’s letter also contained a list of vague inquiries about the election policies and laws of the Commonwealth.”

Democratic Virginia Gov. Terry McAuliffe was the first governor to defy requests for information from Donald Trump’s voter commission, announcing that he refuses to turn over voter registration information from the state.

McAuliffe, who has vetoed a number (6) of voter identification related bills in recent months, announced Thursday that he will not abide by the request from Trump’s voter commission.

“I have no intention of honoring this request. Virginia conducts fair, honest, and democratic elections, and there is no evidence of significant voter fraud in Virginia,” it continues. “This entire commission is based on the specious and false notion that there was widespread voter fraud last November. At best this commission was set up as a pretext to validate Donald Trump’s alternative election facts, and at worst is a tool to commit large-scale voter suppression.”

An attorney for McAuliffe previously filed voter identification lawsuits in a number of states that were bankrolled by millions of dollars from liberal billionaire George Soros, who wants to expand the electorate by 10 million voters, documents leaked last year show. The governor’s attorney also works with a number of major progressive groups on voter efforts.

Marc Elias, a powerhouse lawyer for a number of high-profile Democrats, is an attorney for McAuliffe. Elias is a partner at the D.C.-based law firm Perkins Coie and served as general counsel for Hillary Clinton’s failed presidential campaign.

This quote also, un-accidentally, mirrors the talking points of the Democrat Party, given that Gov. McAuliffe was DNC Chair, Bill Clinton’s chief fund raiser with fingers long enough to reach into the pockets of the Chinese regime, won the Governorship of Virginia to prepare the electorate by any means possible for Hillary’s campaign, and most recently provided $750,000 in campaign contributions to the acting FBI Director’s wife (BTW: under DOJ investigation).

So we should bow and kiss the Governor’s ring when he proclaims, “Virginia conducts fair, honest, and democratic elections, and there is no evidence of significant voter fraud in Virginia,”?  I beg to differ.

To believe the Governor, we would have to ignore several historical facts about voting in Virginia.

VVA also found voters registered and voting between Maryland and Virginia.  Two of the voters in Fairfax were determined by Virginia’s State Police to have voted in the same elections in both states for ten years, but prosecution was not pursued by Fairfax County’s Commonwealth Attorney, Ray Morrogh.  Thus fulfilling the well-rehearsed talking point; that there is no voter fraud, because there are no convictions of Voter Fraud in Virginia.

More recently, there were cases in Alexandria and Harrisonburg where Democratic operatives, working for New Virginia Majority and Harrisonburg Votes, were convicted of preparing and submitting fraudulent voter registrations that were accidentally discovered by a Republican Minister in Newport News and a conscientious assistant registrar in Harrisonburg, respectively.

There has also been a lot of media coverage regarding the 5,556 non-citizens that were removed from VERIS because they self-declared to the Virginia DMV their non-citizenship status.  This discovery was also an accidental discovery made during a Federal Court decision for the Virginia Voters Alliance, represented by the Public Interest Legal Foundation (PILF) to cooperate with the Alexandria’s General Registrar.  After a protracted effort, on the part of PILF, to eventually obtain the statewide list from the Department of Elections, we were able to determine that 1,852 of these removed non-citizens actually cast 7,474 votes over multiple years.

At this point, I am wondering how much voter fraud has to exist in Virginia to rise into Governor McAuliffe’s consciousness, where he acknowledges that Virginia is not the paragon of open and honest elections and is subject to recurring voter fraud.

If this is not enough for Mr. McAuliffe, here are some other situations VVA is investigating.

So feel free to kiss the Governor’s ring if you want to, but Virginia has a way to go before we have elections that we can trust.

The reason McAuliffe does not want to provide the Commission with the data requested, is he knows they intend to match up Virginia voter data, as-well-as other state’s data, with Federal data, that VVA has never had access to, such as the SAVE file and DHS immigration databases.  I also suspect the Commission will request DMV data to uncover non-citizens that received driver’s licenses.  When this comparison happens, and I believe it will, the 5,556 non-citizens VVA and PILF found will be a drop in the bucket for Virginia and a huge surprise for the rest of the country.

One of my contacts on a local board of elections told me that a fellow board member, who is a well-connected Democrat, expressed the hope that if the Republicans win the Governorship in 2017, that they really focus on cleaning up the Department of Elections so we can begin to trust our elections again.  If the stench of election and voter manipulation is so bad that fellow Democrats are holding their nose, we need to make sure a new Republican administration can clean house and clean VERIS.