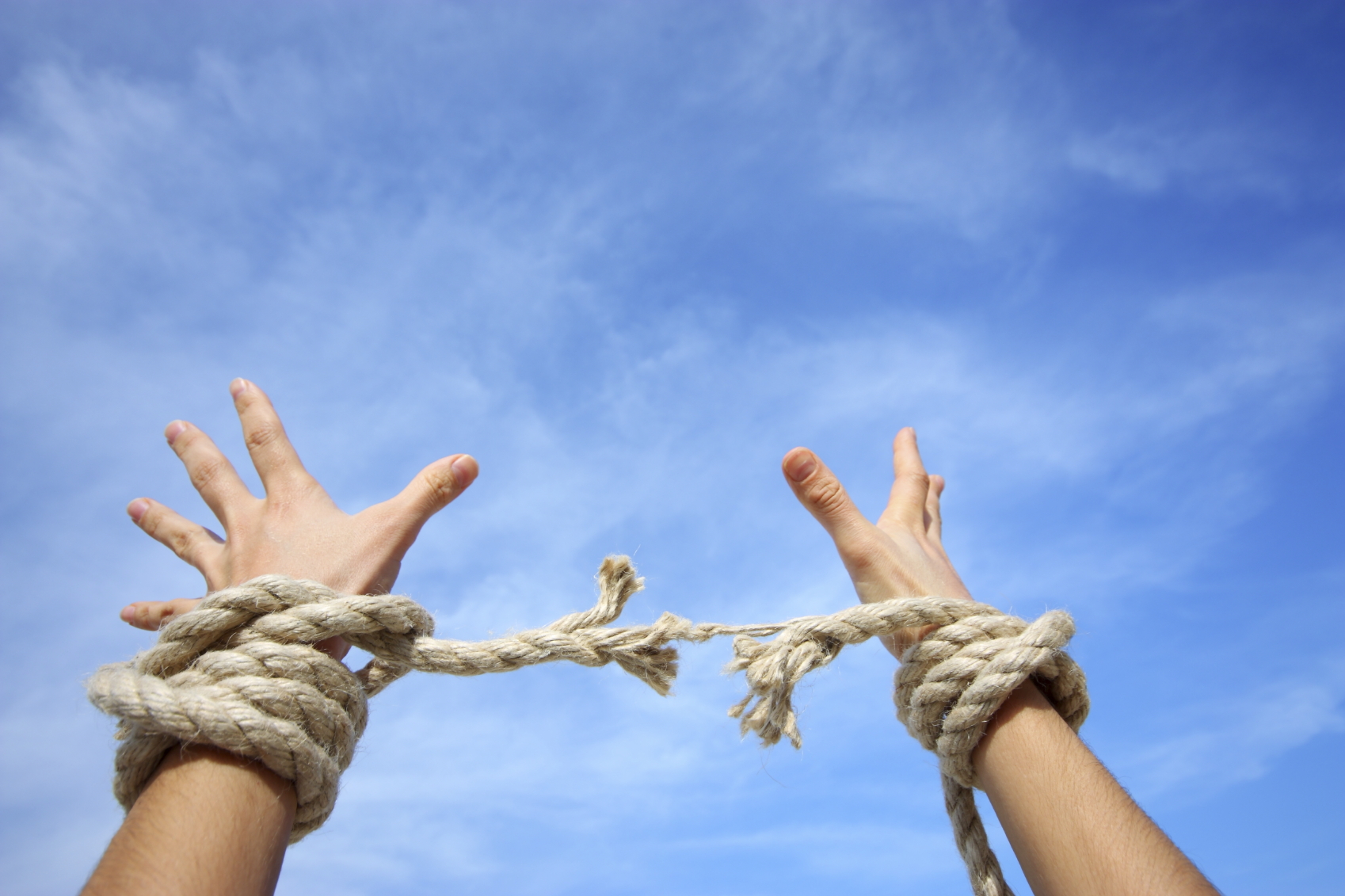 Virginia’s Status as a Right To Work State: It’s On The Ballot

The Commonwealth of Virginia is a “Right to Work State”. This means that Virginians are not forced to spend “take home dollars” on Union Bosses who rake in six or seven figures to provide fewer jobs and opportunities for employees in the Commonwealth. While our freedoms are ensconced in Virginia law, if there is one lesson liberty-loving Virginians have learned over the last few years, it is that Attorney General Mark Herring has absolutely no intention of defending, upholding, or promoting the laws of the great Commonwealth of Virginia.

Virginia has been a “Right To Work” state since 1947. While anti-business Democrats have long desired to reverse this reality, they have never had the political muscle to do so. Pro-business and Pro-job Democrats have never allowed it. The real threat of forced unionization in Virginia will not come from the General Assembly, but rather from The Courts. Attorney General Mark Herring has a particularly unique and clever way of undermining the voters in Virginia. He encourages lawsuits that end up before the Virginia Supreme Court and then he refuses to defend our laws, as written by our representatives.

Our economic liberties are no longer secure, regardless of the positions our legislators take in Richmond.

Therefore, every Virginian will have the opportunity to enshrine our Right To Work into the Virginia Constitution, a bulwark that no activist Attorney General, whether Republican or Democrat, can abscond. The proposed Constitutional Amendment will be on every ballot in the Commonwealth of Virginia on November 8th, 2016. It is paramount, regardless how you feel about your Democrat or Republican nominees for President, or how you feel about your Congressman, that you show up to vote in November to protect the Virginia economy against the powers that destroyed and obliterated Cleveland, Ohio and Detroit, Michigan. DNC and RNC county committees need to make certain to mark their sample ballots and to ensure, regardless of party, that their constituents vote FOR freedom of choice in the Commonwealth of Virginia. If they don’t, there is something wrong with you local republican or democrat parties.

Tens of thousands of jobs in the Commonwealth are at stake, maybe even your own. If you work in Health Care or Education, if you labor in Agriculture or Manufacturing, or if you work in the Energy, Government or Business sectors, you need to show up in November and vote FOR the Right to Work Amendment. As we speak, filthy rich millionaire Union Bosses are eyeing Virginia as their next acquisition, having bankrupted the States from which so many of our beloved “Come Here’s” have fled.

Why is this so important? Why do we need these laws embedded in our Constitution?

Right to Work states consistently out perform forced unionized labor states in income and job growth. In my county, Caroline County, we are bringing in large, high-wage industries who were only interested in Virginia because we are not a forced-unionized state. Rural communities whose residents are looking for careers depend upon manufacturing and distribution jobs that do not require them to spend a massive portion of their take home pay in transportation to urban areas. Unless you want to drive to Richmond or Washington D.C. for work, you need to vote YES for this important Constitutional Amendment.

Securing the Virginia economy is not a Democrat or Republican issue; it is a priority for all Virginians who work or live in the Commonwealth. I know that, as Virginians, some of us support Hillary Clinton, some of us support Donald Trump and some of us do not support either. I also know, as a Virginian, that all of us want to promote a free and growing economy in the Commonwealth. I know that we all want more jobs and opportunities, not only for ourselves, but for our children and grandchildren.

Therefore, regardless who you vote for in November, I ask that you will vote YES on the Constitutional Amendment to preserve our economic liberties in the Commonwealth.

When you vote in November, you will see a question that reads,

Virginia’s Status as a Right To Work State: It’s On The Ballot was last modified: September 20th, 2016 by Steven Brodie Tucker

OH, bullshit. Please provide to me a single proven incident in which someone lost a job by not joining a union.

Virginia is ALREADY a right-to-work state. The right to work without joining a union is embodied in Virginia statute and the attorney general has won several cases over the years, defending a worker’s right to NOT join a union.

We do not need to junk up the state constitution with every loony idea that issues from the Republican Party of Virginia and their Minnie-Me, the Tea Party.

Vote NO on question 1.

Not sure that enshrining the right of a citizen to hold a job without having to pay a union as a condition of his employment is junking up the Constitution.

It’s not. Democrats don’t want it because they are hoping they can get unions in Virginia.

We already have unions in Virginia, but the company-union negotiated contract cannot REQUIRE union membership as a condition of employment.

You are naive, all of you are. The GA cannot stop union companies from requiring employee’s to first agree to join the union before being hired. And, if one does slip in, that is dealt with also. You don’t know how the game is played.

The GA can legislate and BS all they want. Meanwhile, the communist Chinese suck us dry of jobs, along with the imported cheap Mexican labor.

When will the GA deal with the CEO’s union? Think CEO’s are not unionized, and don’t talk on the phone? You’re not only naive but stupid if you then.

Yes, and no doubt you are dancing in the streets and singing kumbaya at what happened to the American workers in the link below.

You and your kind are disgusting, evil, SOB’s.

Reinhardt, excusing your arrogance and dealing only with your “factual”
assertions … I worked for a unionized company for many years. The
union had nothing to do with our hiring process.

So, you know everything because you worked at one union company for years? Know all about all of them, do ya?

I have no real problem with private sector unions if union continuance is periodically put to a member vote. On the other hand, public sector unions such as the teachers and IRS ones are a curse and a political sham. Even FDR knew that they were a major problem.

Warmac, the issue is not whether we can/should have unions. We have them now. The question is whether it should be lawful to REQUIRE MEMBERSHIP in any union as a condition of employment. And yes, public sector unions are dangerous.

I like private sector unions, but they should be voluntary.

Yes, we’re already a right to work state; we are trying to keep it that way.

Virginia is ALREADY a right-to-work state, and, Virginia ALREADY has unions.

This proposed amendment is just another GOP-Tea Party scam to divert attention from real issues.

Incorrect – we are simply trying to make our current right to work status permanent. Democrats (and some Republicans) are looking to change these laws through the court system.

We? Are you in the state legislature? Or simply full of yourself? Or perhaps you are looking at the constitution as your own play toy?

Which other ‘real issues’ will be on the ballot?

Perhaps a pardoned felon union? Hillary just might qualify if she plays her credit cards right. (And moves to Virginia)

Vote YES on question 1, because Democrats cannot be trusted to uphold right-to-work laws. Their party platform explicitly opposes right-to-work laws and they will seek every opportunity to undermine, neutralize, or eliminate those laws. A constitutional amendment to enshrine these rights is both wise and necessary.

I can provide you with quite a few, given that I work for the National Right to Work Legal Defense Foundation. In late 1993, for instance, more than half the Redskins were threatened with suspension for refusing to pay union dues.

But I’m willing to bet that you don’t believe there’s voter fraud, either.