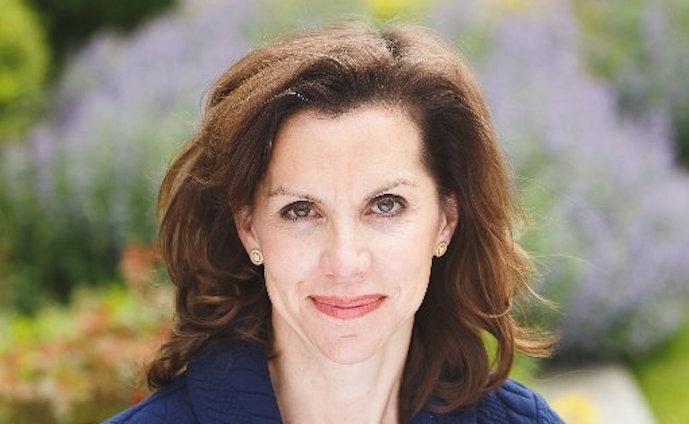 Vogel throws down gauntlet to Reeves over email scandal

For those who’ve been living in a cave since January 1, the Washington Post on New Year’s Day broke news of allegations that a fake email alleging an adulterous affair on the part of Sen. Bryce Reeves (R-Spotsylvania) had been traced to the residence of Sen. Jill Vogel (R-Fauquier). The two senators are among three current candidates for the Republican nomination for Virginia Lieutenant Governor in 2017.

The allegations rest on responses to subpoenas issued as part of a defamation case brought by Reeves in Stafford County Circuit Court to push back on the fake emails. The responses came from Google (proprietor of the email service used), and two satellite internet service providers serving the Vogels and their next door neighbors, and indicated that the IP addresses used belonged to the Vogels and their neighbors (via a shared WiFi system). The subpoena response from Google also showed that a cell phone number matching that of Vogel’s husband, Alex Vogel, was used in connection with the verification of the email account in question, and acceptance of the Google terms of service on September 22, 2016. The timing of at least a couple of the emails sent from the account matches times shortly after the account was accessed from the IP addresses matching the Vogels’ home. The Reeves campaign has urged that an independent third-party forensic examiner be retained to rule out any involvement by the Vogels, but so far that offer does not appear to have been accepted. Background can be found here and here.

Over most of the last two weeks, the Vogel camp has been publicly quiet about the allegations, except to broadly deny Jill and Alex Vogel had any involvement. That is, until today, when our friends at Bearing Drift published an op-ed from Sen. Vogel in which she expanded on her previous denial.

It is clear from the evidence that we were likely victims of a political stunt, but absent such reckless handling, it was a stunt that could have been managed with far less damage and impact.

In the op-ed, Vogel decries Reeves’ handling of the matter, including its impact on their neighbors, and for the “extortion” by Reeves for his allegedly delivering an ultimatum that she withdraw from the race or face public disclosure of the responses to his subpoenas. She indicates that she and her husband could not have possibly been responsible for the emails in question, because at each of the relevant moments they were not at home (which, by implication, concedes that the evidence points to the emails originating from their home network). Vogel suggests that someone else could have entered their property or its environs to have perpetrated a political dirty trick:

· There is no evidence that any of the Vogel family cell phones accessed or verified the Gmail account in question. Senator Reeves stated that there was such evidence on the John Fredericks Radio Show on January 3, 2017, but no such evidence exists.

For the record, the evidence in question is here: 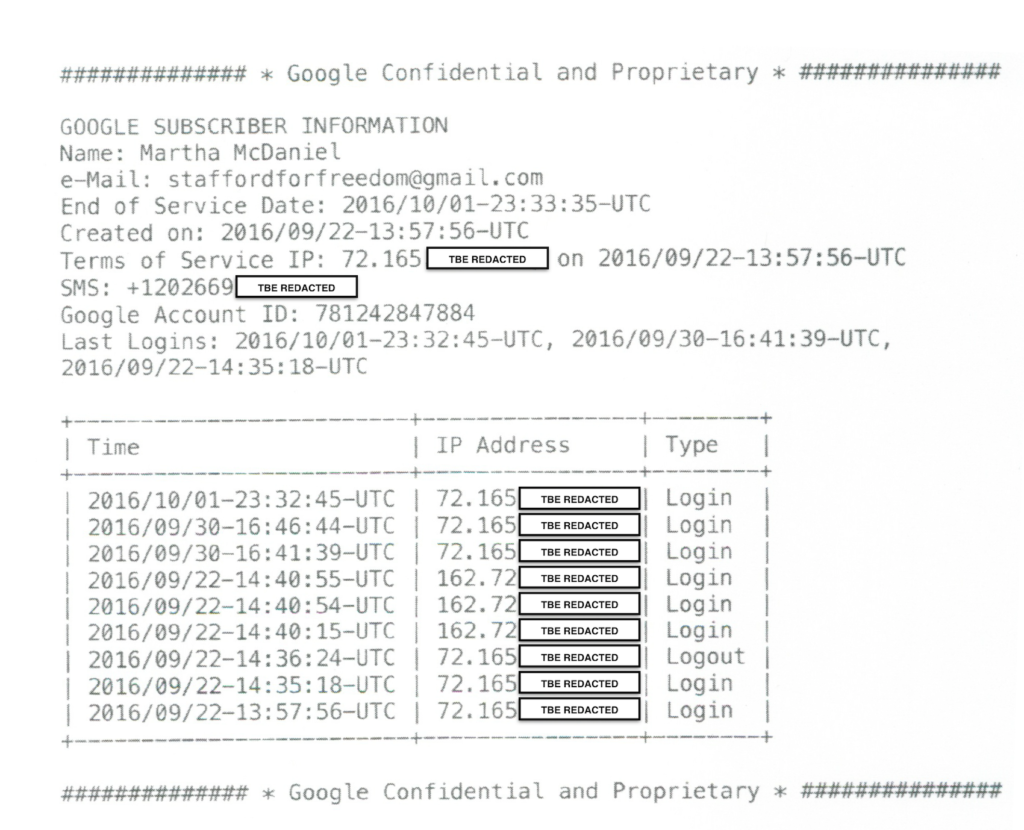 This is the subpoena response from Google, which indicates that Google terms of service were accepted for a new email account at 9:57 am on September 22, 2016, and that an SMS (text) had been verified to Alex Vogel’s cell phone number for that email address. Vogel is correct that the evidence does not prove any of her family cell phones were used, but it does appear to indicate her husband’s cell phone number was employed. As iCloud users of apps like Apple Messages will know, one does not have to hold a cell phone in order to receive its SMS messages (though the message would still be delivered to the phone).

· On January 3, 2017, Senator Reeves was not truthful when he denied the extortion and threat to go to media if Senator Vogel did not get out of the race. Reporters had confirmed this on background at the time with Senate colleagues who have direct knowledge of the demands made by Senator Reeves.

· Despite Senator Reeves insistence of widespread dissemination, the physical evidence publicly available shows that the Gmail account in question was used to send two emails- both to close friends. It was solely Senator Reeves’ actions in urging the media to publish the email that allowed for wider dissemination. It was entirely avoidable.

Vogel is also correct here, that only two instances of the fake emails in question have been made public. One was sent to Del. Nick Freitas (R-Culpeper), and the other disclosed email was sent to Pastor Travis Witt. The implication from the Reeves camp, however, has been that defamatory emails from this email address were sent to others as well, though we have not seen any evidence of this. In any case, this seems a question of damages, not of liability.

· As reported by the Washington Post, despite having secured household networks, the actual wi-fi access to the internet in the neighborhood was unsecured. This unsecured wi-fi can be accessed around two houses and two roads in the immediate area of the homes.

· The Gmail account was accessed on three days—on 9/22/16 on 9/30/16 and 10/1/16. Using the EST time stamp on these log ins (not the UTC), it has been established that at 9:57 am on 9/22/16, Senator Vogel was in Fredericksburg meeting with a supporter and her husband was at a meeting at their children’s school which is in Middleburg. At the time the account was accessed on 9/22/16, Senator Vogel was in Northern Virginia preparing for an event. Her husband was participating in a conference call for work. On 9/30/16, the Vogels were at a nephew’s birthday party in Mt. Jackson, Virginia when the account was accessed. On the date and time of the final access to this account on 10/01/16 at 7:23pm, Senator Vogel was at a dinner in Richmond, also attended by Senator Reeves, photos of which are online.

This last bit is the closest thing to actual exculpatory evidence we’ve seen. Assuming this is all true, then we’re looking at either someone actually hacking the Vogels, or someone else associated with the Vogels who is responsible and who was at or near their home. This person would seemingly need to access to some device, like an Apple iCloud device, capable of receiving texts from Alex Vogel’s account while they were logged into their home network.

The Reeves campaign, for their part, is having none of this. We spoke to Reeves’ campaign manager, Jordan Wiggins, earlier today, who again challenged Sen. Vogel to allow examination by an independent third-party forensic examiner:

If Senator Vogel truly believes she was hacked – or that this is some political stunt – why won’t she agree to the offer Bryce made 13 days ago to have an independent, third party investigator test their electronic devices? Right now the evidence and the facts all point to the Vogels – facts and evidence from Google and other independent sources. Instead of trying to muddy the waters and attempt to deceive Virginia voters, she can simply turn over her devices to a third party and put this behind us.” – Jordan Wiggins, Campaign Manager, Reeves for Lt. Governor

Without a detailed forensic examination of the Vogels’ devices, and possibly also production of relevant cell tower records, we may not ever have “beyond a shadow of a doubt” certainty here.

My take? Sen. Vogel is betting that’s not going to happen, and by her op-ed today, she is calling Sen. Reeves’ bluff. She’s betting that Reeves won’t have the financial or intestinal fortitude to take this to the next level (e.g., by naming her and her husband as defendants in his defamation suit), and actually bring this to a conclusion.

It will be interesting to see whether she’s right.