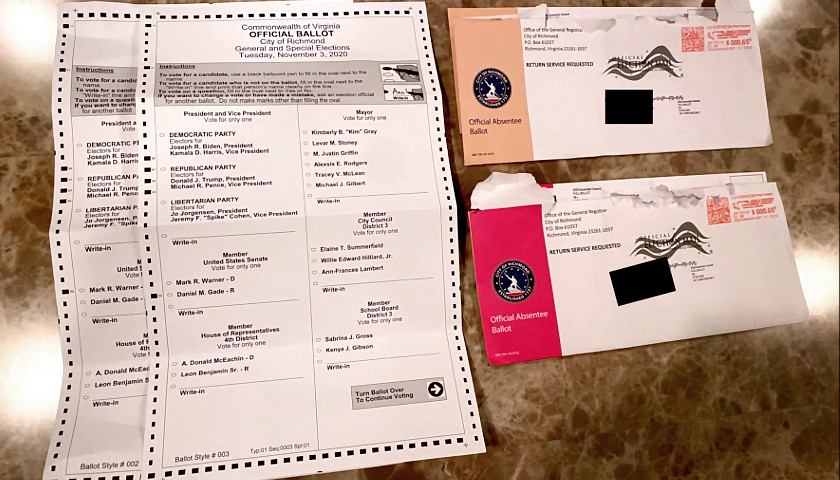 What could possibly go wrong?

According to the WashingtonPost.com at least 1,400 duplicate election ballots have been mailed to voters in heavily democrat Fairfax county. They blame the errors on record demand for absentee ballots because of COVID-19.

Fairfax County assured voters that only one ballot per person would be counted.

Meanwhile over in Richmond, Kanye West was blamed for 300 voters receiving duplicate ballots. From the Richmond Times-Dispatch.com:

In Richmond, General Registrar J. Kirk Showalter said that due to delays caused by a legal dispute between the state and artist Kanye West, who had mounted an independent bid for president, election workers were working against the clock to get ballots mailed out, resulting in some 300 voters receiving duplicate ballots.

The legal case led to the removal of West’s name from the list of presidential candidates on the Virginia ballot, which delayed the printing of ballots in some localities.

“In my office’s enthusiasm to make sure every voter got a ballot, they made sure a few voters got two ballots. It was a matter of an extra set of labels being printed,” Showalter said in an interview. “We apologize to anyone who got more than one.”

In Henrico county a jammed printer was the cause of 400 voters receiving duplicate ballots.

In Charlottesville some voters were sent an absentee package with no ballot inside. A city spokesman said about 50 voters in precincts Johnson, Buford, Venable and Alumni Hall precincts, received no ballot.

Election officials in Richmond and Henrico said every ballot has a separate barcode and if a ballot with a duplicate barcode is submitted it will be rejected. I’m sure that will work as flawlessly as the process has worked so far.