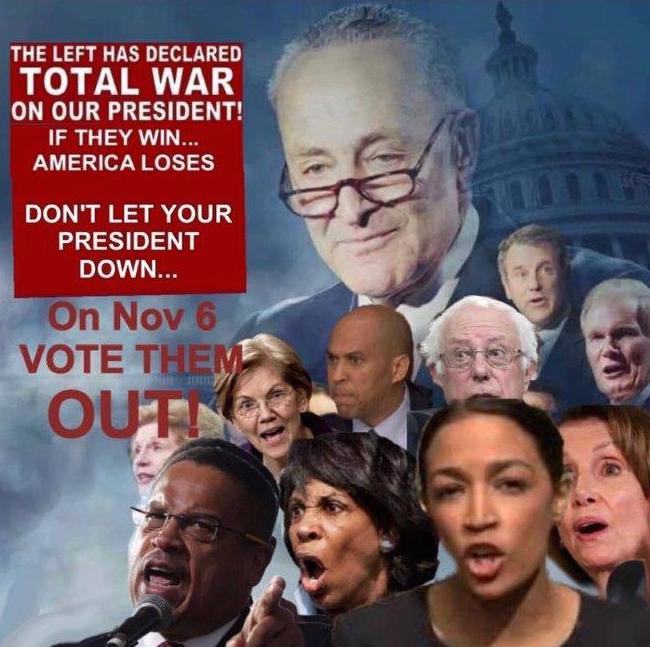 Vote Early and Take a Friend, or Ten!

It has nearly been nearly two years since Donald Trump was announced as the next president of the United States. Something that will always follow an election despite the winner is complaining.

It’s okay to complain, it’s a cottage industry when a Republican is elected. Generally, I understand why people are complaining. They are beginning their personal campaign for the next election. Heck, I complain and I certainly did during this last election process as well, I had 11 Republican candidates on my list ahead of Donald Trump.

You didn’t put your word in, even though all sides have been hammering home that your voice does matter. Maybe your vote could have helped to make a difference in the election results.

I guess some people used the excuse of “I just can’t decide who to vote for,” and that is completely understandable, especially with this past election. Many voters predisposed to vote Democrats paid attention to the corruption of Hillary Clinton either didn’t vote or voted Trump.

I do think it is frustrating when people are complaining about the aftermath, and they were one of the many in the bunch that used that classic excuse. I would suggest if voters paid closer attention to the primary process, the general election would be much easier.

The fact that we even have the right to vote is special; while not unique by any means, Americans are very privileged in this case. Many people around the world do not have the opportunity to vote, even if they have the right. In other countries, people can be beaten to death for even having an opinion, or voice a single criticism on the leadership in their country.

We should not have excuses for the decisions on who will be the next leader in our nation. There are always going to be pros and cons in candidates during the presidential election, but it is up to you to do the research and to educate yourself on topics you care about. Being called a Low Information Voter should be the insult of insults

Find out which candidate or candidates have better plans or policies in your opinion. It’s OK to vote your pocketbook. If tax cuts, jobs and fair trade with other nations are important to you, vote Republican. Take all eligible voters in your family with you and make a second trip for your neighbors.

If increasing taxes to support a growing socialist movement in America is more your speed, there are a plethora of Democrat candidates that want your vote as much of your money as you can give them. They will use massive regulations to make use the cost of doing business to squeeze out the little guys and allow the government to decide winners and losers in our economy.

And don’t be fooled, Democrats will be busing, trucking, biking and frog marching every person they can bribe, cajole and mislead to the polls to vote for Democrats. They will mobilize before dawn and work without rest all day to stop Donald Trump and his American Spring.

The Resistance is strong within the Democrat Party. They despise the tax cuts that the American people received. They literally seethe at the thought of historic low unemployment that was not affected by them. The undisputed fact that a white republican male has done more for black communities in 2 years than the Democrat Party has ever done makes them blind with fury.

You must explore to discover what you like and who you prefer as your representative and steer the ideological direction of the country. Be educated, and when it comes down to it, you will be able to vote for a candidate.

You only have the opportunity to vote for a president once every four years, Senators every 6 and Representatives every two years. Make it happen, make it worth it, and make it count. Though we aren’t voting for the president this year, it is a pretty big deal so let’s not belay the importance of voting.

Don’t let anyone tell you they are undecided on who to vote for and that they are thinking of just not voting. I recommend giving some words of advice. Tell them to do their research and to make a pros and cons list of promises and accomplishments;

Every person who doesn’t vote enables another voter to steal our history, the sweat of our brow and our future as a free nation.

Vote Early and Take a Friend, or Ten! was last modified: October 31st, 2018 by Frank McDonough