VOTE: Who should get the GOP U.S. Senate Nomination? 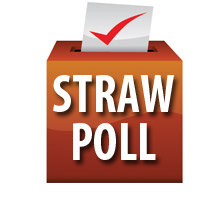 As interest among observers and delegates to next weekend’s GOP U.S. Senate nominating convention in Roanoke ramps up, we here at The Bull Elephant thought it would be interesting to take the pulse of our readers—many of whom will be among those who decide the question—about the state of the race and who you support.

And, because with conventions there is often a disconnect between “conventional” (no pun intended) wisdom and the actual ground truth, we’d also like to hear from you about your perception of who will win, separate and apart from who you actually support. Any significant divergence in the two sets of numbers will undoubtedly provide some interesting fodder for us pundits.

The rules of our informal and unscientific poll: you should only vote once. The poll is set up to only allow a single vote per individual IP address (so no stacking votes from campaign HQ, sorry guys). We’ll keep the poll up through this weekend, or until activity wanes.

Let us know what you think!