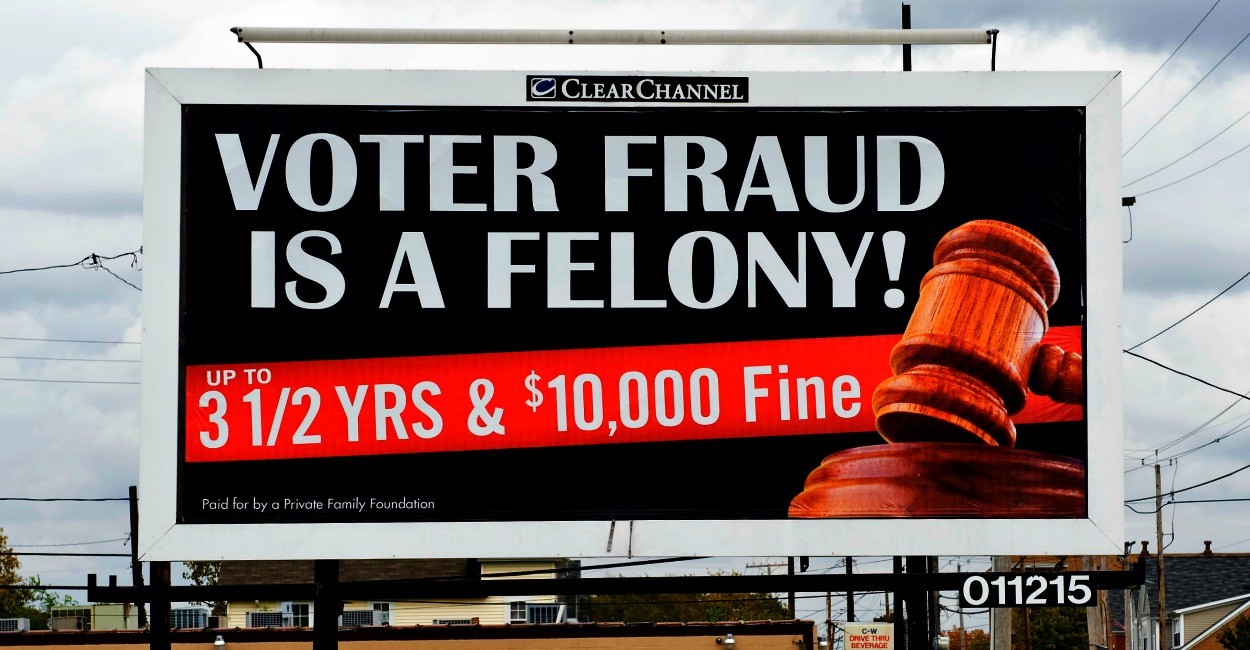 Voter Fraud is Not a Myth

The Democrats tell us there is no such thing as voter fraud. Â It’s a myth. The Washington Times has reported 10 real cases of voter fraud here.Â Â And more voter fraudÂ hereÂ in 23 states.

Voter Fraud is Not a Myth was last modified: October 24th, 2016 by Jeanine Martin

GOP must embrace “supply side” efforts to grow the base, not just complain about vote fraud – The Bull Elephant June 21, 2017 at 4:21 pm

I read the Moonie Times article. I selected ONE name from the article . . . “dead WW II veteran John Grosso.” I did a Google search for “John Grosso Colorado.” There are 26 people in Colorado named John Grosso. How do we know one or more of them voted and not the dead John Grosso?

It appears that no one investigated much beyond ringing a couple of doorbells.

For your information, a Google search reveals 16 people named Jeanine Martin in Virginia. Did you know Donald Trump is a physician in Northern Virginia?

Matching voters by name is useless.

You really need to review the case of South Carolina where, in 2012, a Republican legislator claimed that 953 dead people had voted in the 2012 election. He refused to reveal his data. Eventually, his “list” was made public.

First, it turned out he lied when he claimed he was referring to the 2012 election. Instead, his list had results from 74 elections over the past 10 years.

Next, after investigating every name, state officials found only FIVE that they could not account for. All the “dead voters” were:
— Someone with same name as a dead person, but, living in a different part of the state.
— Dead father, live son with same name
— Clerical errors — wrong name checked at polling station, not completely erased
— Voted absentee then died before the election, perfectly legal.