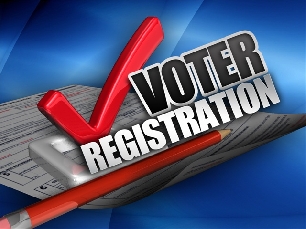 Voter Registration by Political Party Advances in the Virginia Senate

Bill to allow registration by political party for primary elections moves forward in Richmond.  SB650 made it out of committee on a party line vote, with Republicans supporting the bill and Democrats opposing it.  The bill now goes to the Finance committee.  Also in Richmond Chap Petersen’s bill SB686 to ban party pledges in primary elections also advanced.  More here.

Chap Petersen is basically a pro-choice Republican isn’t he?

VOTE NO on registering our political activity with the government! It’s the first step they need to further regulate the activities of political parties, including the banning of conventions and other party processes. There are Supreme Court decisions that have allowed other states (like the cesspool of the People’s Republic of Maryland) to claim a “compelling state interest” in party regulation that hinges on registration as a proxy for the parties’ being able to include or exclude whomever they want.

In other words, if the state manages our right of free association, they can manage our First Amendment rights in other ways (like telling us how and when we can pick a candidate, what method we have to use, etc.). People like Cosgrove are pushing it only so they can ban conventions, which they realized two years ago they couldn’t do under SCOTUS precedent without first “helping” us to manage our right of free association. This is one more liberty to be sacrificed on the slippery slope of intrusive government regulation.

I agree. I am opposed to any more intrusion from the government into our party processes. I do not want registration by party.

Party Registration would only effect those nomination processes administered by the Government (aka Open Primaries). It wouldn’t effect Party-run processes, like a Convention or Party Canvas.

Party Registration in Open Primaries would virtually stop Democrats voting in many of the HOD and State Senate nomination processes. Many incumbents chose Open Primaries so they do not have to face conservative challengers in the nomination. Also known as Incumbent Protection Plan.

34 states including District of Columbia have registration by party.

… and I do not support Open Primaries because I object local governments are forced to pay for them, not the political parties.

The state can already dictate what method is used to nominate candidates for the ballot. As a legal matter, that’s really clear. If you’re going to complain about the slippery slope, at least understand when you’re already at “the bottom”.

Actually, that’s not true. With primaries open to members of any party, the state can’t force the GOP to have a primary. See California Democratic Party v. Jones.

What the state can’t directly do is require the party to include non-members. The state can do that indirectly, however. For example, if you have party registration and easy (even same-day) registration updates, someone who’s a Democrat can become a Republican in order to vote in a particular election.

The state can also abolish parties’ special rights to a spot on the ballot and institute something like a “top two” primary system, in which all candidates qualify for the primary ballot by petition and the top two vote getters (regardless of the candidates’ party) make it to the general election ballot. Practically speaking, that kind of system also opens up to all voters the question of which candidates make it to the general election. I think this is what California has done since its blanket primary system was ruled unconstitutional in the case you cite, and it’s something that’s been proposed in Virginia too (although is not at all likely to pass).

No, it’s not true when you have an open primary with no party registration. Read the case law. The government cannot force a party to allow participation of non-members in its nomination contests. That’s why, in Virginia, party registration is a necessary precursor to the state being able to dictate nomination methods. Look at Judge Wilkinson’s opinion in the Fourth Circuit’s 2007 decision in Miller v. Brown…directly on point.

Steve, I have read the cases, and it is true. You’re confusing the issue by conflating the nomination method with the qualifications necessary to be part of it.

Other states dictate a nomination method. There are several Supreme Court cases (including California Democratic Party v Jones), plus the 4th Circuit’s 2006 Miller decision, that say states are A-OK to dictate method.

There are still some unanswered questions nationwide about exactly where the boundaries are on the state dictating who’s qualified to use the primary method — closed (party members only), semi-closed (party members and independents), open (all qualified voters), etc. In Virginia, however, we have some clarity from Miller, which the state does not appear to dispute any more (judging from the state’s filings in the 24th/Adams/Hanger case). And we’re likely to get more clarity when the 24th/Adams/Hanger case is decided.

Miller did exactly what I said. Relying on a Supreme Court case (American Texas Party v. White), it acknowledged the state could dictate the method but said that, in the circumstances presented, the state couldn’t force association with non-members. There are other ways that a state can accomplish essentially the same thing. And as we’ve seen with the loyalty oath, sometimes a legal right doesn’t work out in practice.

By the way, Judge Wilkinson is the wrong place for you to cite here. His 2007 opinion was a dissent arguing that the 4th Circuit should have reheard the case and ruled more broadly. In that dissent, Wilkinson made clear that he thought mandatory open primaries were constitutional.

For anyone who’s actually following along with this discussion, here are some links to the cases being discussed:

I’m Conservative and a (r)epublican (If you don’t know why the “r” is small, you’re probably PART of the problem). I feel like this is a restriction on MY vote, and how I wish to affect the outcome.

My plan (regardless of what hoops VA makes me jump through to do so), is to vote FOR Bernie Sanders in an effort to PREVENT Hillary Clinton from being nominated. I have every right to do that, and if it means registering as a Democrat to do so, I’ll do it, then promptly change it back.

This is nothing short of a tyrannical power grab to try and stop people from voting how they wish.

I can only vote once, and if the person I support doesn’t need the help of my vote in the Virginia Primary, I’m absolutely going to vote to keep that criminal, immoral, lying, deceitful, arrogant, narcissistic, sociopathic (W)ITCH out of the White House!

I’m no nihilist, I simply see this entire process as a tactical situation. If Hillary Clinton can win Iowa with friggin coin tosses (she won 6 out of 6……imagine that!), I’ll be SURE to do my part here to keep it from being that close!

This bill would not take effect until 2017.

Of course, there will be a class of people (nihilists, generally) who will whine about this, even as they condemn conventions. They’ll probably oppose this just so they can continuing to b*tch about something.

See my comment above (or below depending on your filter preferences) from a non “nihilist” who vehemently disagrees with the necessity to declare a party….

While there’s nothing you say about Hitlary with which I disagree, if you’re voting to affect the outcome of a nomination contest for a party to which you do not belong, you are — in fact — a nihilist.

And BTW, you do NOT have the “right” to interfere in the nomination processes of a party to which you do not belong.

I have every right to vote EXACTLY as I see fit, regardless of how much anyone whines about it.
I can, and I will vote to prevent Clinton from being nominated……and there is absolutely NOTHING you…..or anyone else….can do about it.

Complain all you like. Call me whatever name makes you feel better. I’ll still do as I please.

Democrats have no morals, and no honor. To stop them at any cost is worth being ridiculed…..

As Chairman of ClarkeGOP, a few years ago I asked for a list from the State Board of Elections of only those individuals who have voted in 3 or more Republican Primaries in our small county. I wanted to send a fundraising / membership building letter out. A list of 550 names met these parameters.

We sent our letter out, and followed up with phone calls. Out of the 550 names (voting in 3+ primaries) 50 of them professed to be Democrats!

While an unscientific poll, easily 5% – to up to 10% – of voters in Republican Primaries in Clarke County are DEMOCRATS!

This is just one reason why we need Party Registration.

If either party can vote in either election (My plan is to vote “Bernie” to keep the Hildabeast out of the nomination), then where is the issue? Tactics are tactics. My vote goes where I choose to put it, not some power hungry party official.

Haas it ever occurred to you that this kind of crap is what DEMOCRATS pull on THEIR members?

I’m no Trump supporter, but I’m DAMN sure not going to go with “establishment” D-bags anymore. Bush/Christie/Kasich….Nah…no different than Dole/McCain/Romney.

Until the GOP wakes the hell up and sees the problem (the “elephant in the room” so to speak), we’re going to keep on losing to the Democrats.

Not needed!
What bill is it that Dick Black is trying to push, a $3,150,000.00 subsidy to the Waterford Fair for zero gain. Does not sound conservative to me. How about we ban Fairs instead, cheaper!