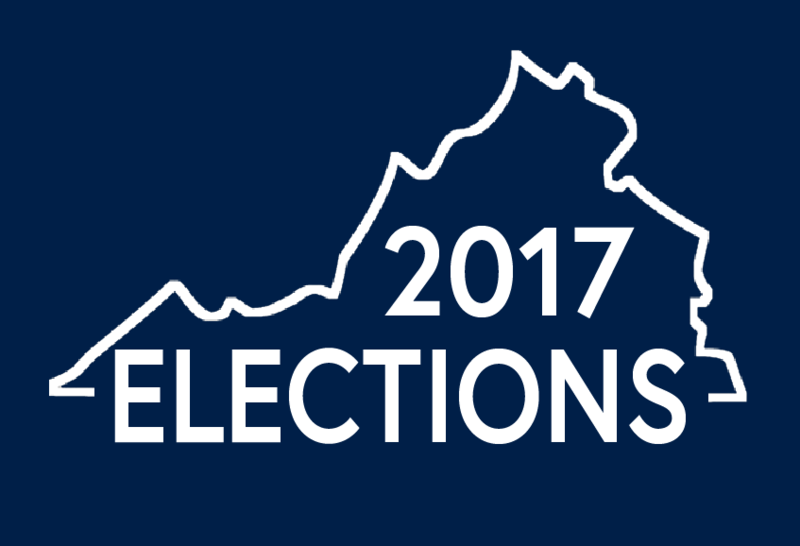 Another great visualization from VPAP.org.   This shows what we knew, Democrats got the vote out! 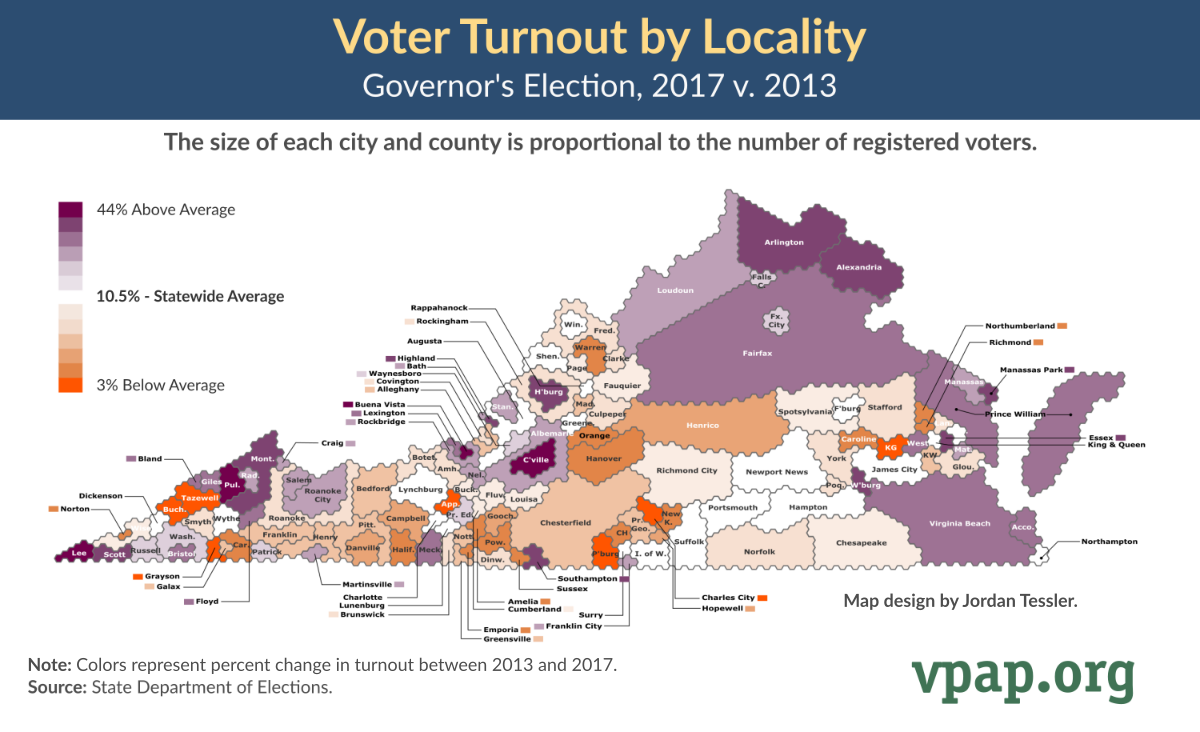 I’d like to see the map for the Trump election and compare it to the Governor’s election. And I am wondering what a map would look like if the Republicans actually put up non-cuck candidates that people could really get excited about?

Message for D’s: if we vote, we win. Thanks for a the handy reminder, VPAP.

Not really an import thing, SJ. More a generational change. The younger generation has rejected the party of Trump and hate. I am sure you will find like minded people somewhere in the Commonwealth. You have just lost your megaphone is all.

I wonder how turnout compares with 2016 presidential primary voters.

Not sure about primary election turnouts. However, Virginia presidential election turnout is usually in the low 70’s (74%, 71%, 72% for 08, 12, 16 respectively). Virginia governor races are usually in the low 40’s however, this more recent election was significantly higher (40%, 43%, and 47% for 09, 13, 17 respectively). The much higher turnout this year, coupled with the rapid population increase in the Democrat base areas compounds that turnout advantage, resulting in a much bigger margin for Democrats.

This is a great graphic! VPAP is doing all Virginians a great service with the ABUNDANT and FASCINATING graphic displays! Thanks for sharing them. You are making this blog more thoughtful and helpful for the ‘Commonwealth’. We must all thing as Virginians in a ‘Common Wealth’ which is neither a ‘Welfare State’ NOR a ‘Social Control by the Wealthy State’. Virginia Republicans – and Democrats – must return to the MIDDLE between these extremes. Is that possible?

Fairfax is a welfare state as well as Loudon. The federal government spends billions there in salaries and contracts to keep those areas in the top ten wealthiest in the country…

If Republicans had known on election eve that their hard work would result in a 5 to 10% turnout INCREASE in all their traditionally strong turnout areas, they might have felt pretty good about their chances. But the massive turnout increases in the malignancy of Northern Va have grown overwhelmingly stronger. Incredibly stronger. The graphic obscures the actual turnout percentages, by only presenting change percentages, but still…. there is no denying that Democrats have done a better job of changing the Virginia electoral landscape.

All I see is what I’ve been seeing, a country continuing to draw together into opposing camps. Every year Democrats consolidate even more into their urban strongholds, and every year Republicans pick up seats behind Democrats as they retreat from rural areas. You can see where the cities are in the United States by simply printing out a county-by-county map of the U.S. and looking for the dots of blue in the sea of red.

Virginia, in my opinion, is simply a part of this process. We have a lot of large cities and as their voters become part of these Democratic strongholds, Virginia goes more blue, while other more rural states become more red.

Now it has gotten nasty. Not just the rhetoric, but the policy. The ACA law was made for urban people, it’s exactly what they needed, at the expense of small rural business people and independents who relied heavily on the higher deductable plans that the law got rid of. Now Republicans have fired back, tearing at the soft underbelly of the Democratic party by passing bills that eliminate the deduction of local and state taxes, going after the funding that urban Progressives depend on to keep the party faithful fed.

One can only imagine when this trend will reverse. It’s difficult to see how it could get worse, and yet every year it does get worse.