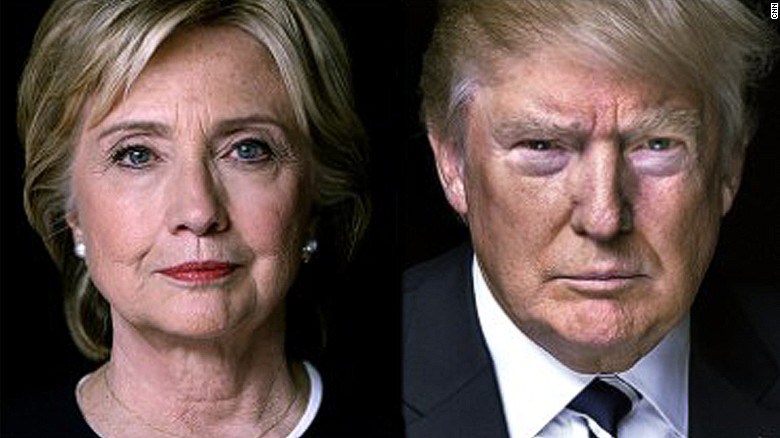 Why I Am Voting for Donald Trump

After Senator Ted Cruz suspended his campaign Tuesday night, many of my fellow Cruz supporters have indicated that they will not be voting for Donald Trump. Many of my Libertarian friends are waiting with open arms to welcome me back from the error of my Republican ways. Some of my more moderate Republican acquaintances seem to have accepted that the Republican Party has simply imploded and have taken to listening to And The Band Played Waltzing Matilda by The Pogues. In other words, it’s getting pretty bad out there.

I, however, will be voting for Donald Trump and I would like to attempt to explain myself, because I do not believe that this vote is akin to denying Jesus Christ, burning down an orphanage, or dropping nuclear bombs on Nagasaki.

Donald Trump’s behavior during this campaign, while awful, isn’t entirely relevant to his potential performance as President. Yes, he smeared Ben Carson, accusing him of being like a child molester. His supporters spread fake articles about Ted Cruz having affairs with 5 different women. He mocked Senator Rubio for being short. He mocked Megyn Kelly for being female and having a menstrual cycle. He mocked Jeb Bush’s energy. Donald Trump is a mean person. He’s petty. It’s impossible to respect him as a man, or as a person.

But if that’s the only reason for not voting for him, I’m bewildered.

If Hillary Clinton becomes President, every good piece of legislation sitting in the United States Senate, waiting on a Republican President to sign it, continues to sit there. The REINS Act, which I believe to be the most important piece of legislation yet to be signed, would give Congress the approval of any regulation coming out of the executive branch having a fiscal impact of greater than 100 million dollars on the United States Economy. This is legislation that Hillary Clinton would never sign, but which would become law under Donald Trump. This is legislation co-sponsored in the House by the likes of Rob Wittman and Thomas Massie and sponsored in the Senate by Senator Rand Paul. This one bill could save our economy trillions of dollars. Trump would sign it. Clinton would not.

Do I think Donald Trump is really a Democrat? Yes I do. I also think that Hillary Clinton is a liberal and a Marxist.

Is progressive populism dangerous? Yes it is, but we have a Republican Congress to restrain a President Trump, just as they’ve restrained President Obama.

There are a thousand ways in which Donald Trump, moderate Democrat and billionaire playboy, is better than Hillary Clinton – liberal demagogue.

At the end of the day, I do not understand how hatred for Donald Trump is any different than our hatred for Bob Dole (who lost), John McCain (who lost), and Mitt Romney (who lost), while Donald Trump actually has a chance of winning. He will pull millions of Democrats over to the Republican Party for this election. Whether I hate him or not doesn’t seem relevant. He’s upset the established order in ways that make me extremely uncomfortable, but he will sign legislation Hillary Clinton would not. At the end of the day, that’s what you vote for. I voted for Romney and McCain, but all of a sudden, we nominate Trump, and I’m supposed to stay home or switch parties? I was a libertarian when I voted for Romney and McCain, but I still recognized an existential threat when I saw one. Does anyone think that John Kerry or Barack Obama are better than these establishment candidates our party nominated?

Listen. Voting for President is not a moral or ethical action. The general election is the election when we have the fewest choices. It’s during the primaries that we fight and I fought as hard as I could for Senator Ted Cruz (and he wasn’t truly my first pick). I would have supported Rand Paul if he had decided to run an adult campaign. We all lost. Bush, Kasich, Cruz, Paul, Walker, Rubio, and Carson lost. I’d have preferred any of these men to Donald Trump. That doesn’t matter now. All that matters is defeating Hillary Clinton.

It’s not about the “lesser of two evils”. Keeping Hillary Clinton out of the oval office is a practical necessity.

The Republican Party isn’t one party. We aren’t like the Democrats. We don’t all think alike. We aren’t drones.

The Republican Party is really a collection of a dozen smaller parties joined together in our resistance against liberalism and pure Democracy. We conservatives and constitutionalists have lost to establishment politicians for years, and we never had a #NeverRomney movement. We never had a #NeverMcCain movement. But we lose to a progressive populist and all of a sudden we’re all supposed to leave the Republican Party and go #NeverTrump?

Donald Trump could actually do some good for our country. Yes I hate him and yes I hate many of his supporters even more (there is nothing as annoying as being lectured to by people who know nothing). If this Republican Congress wants to govern… if this Republican Congress wants to get their legislation out of the Senate… then they need to vote for Donald Trump.

I don’t support Trump. I don’t like Trump. After the National Convention I probably won’t ever mention his name in an article until after the election.

Well, I’m sorry Mr. Trump, this election isn’t about you or what you want.

A Personal Note to the Cruz Crew:

I understand you’re not wanting to vote for a lying reprobate like Donald Trump. I get it. I am as angry as each and every one of you. I just do not want to miss an opportunity to get the few good pieces of legislation that our Republican Congress has sitting in the Senate go to waste because we couldn’t overcome our feelings. I am setting my feelings aside and am looking at Donald Trump as our unfortunate and only defense against four to eight years of Hillary Clinton. This isn’t about the lesser of two evils. It’s about accomplishing something good. As much as I despise Donald Trump, he could accomplish many good things that we’d never accomplish under Hillary Clinton. At the end of the day, isn’t that worth the risk?

Why I Am Voting for Donald Trump was last modified: May 8th, 2016 by Steven Brodie Tucker
Trump better than Clinton
18 comments