A few years ago a news item out of Cleveland, Ohio, told how a contractor found some $182,000 in old currency hidden in the walls of a bathroom he was remodeling. A previous resident had secreted U. S. gold notes, dating from 1927-’29, inside three metal boxes. Appraisers estimated the value of the treasure – which included rare 1929-series Cleveland Federal Reserve $10 bank notes – at $500,000. The stash included several $500 bills and a $1,000 note. (Gold notes – i.e., currency that entitled the bearer to gold on demand – have not been legal tender since 1933, but such currency typically has a numismatic value exceeding its face value.)

One would imagine that discovery of such an unexpected treasure would occasion rejoicing by all parties involved. But (sadly) one would be wrong. A dispute immediately sprang up between Bob Kitts, the contractor who found the money, and the owner of the house – his old high school classmate, Amanda Reece. Ms. Reece claimed the find because it was discovered in her house; she said anything secreted inside her home belongs to her. She offered Mr. Kitts a 10% “finder’s fee,” but he rejected it and retained a lawyer to press for a 40% share on grounds that it was “lost money.” It was a dispute worthy of Solomon.

Litigation proceeded, with a host of lawyers weighing in on who had a rightful claim to the money. When the find became known, twenty-one heirs of a previous owner of the house came forward to claim it. It was later revealed that Ms. Reece had sold some of the valuable bank-notes, had spent the proceeds, and had become insolvent. A final court-disposition of the remainder of the treasure awarded Mr. Kitts $3,457, and each of the twenty-one heirs approximately $1,000, minus attorney-fees. Ms. Reece could have been sued by the others, but that would have been pointless, since she had filed for bankruptcy. Mr. Kitts’ refusal of the 10% finders-fee that Ms. Reece originally offered probably cost him over $45,000.

When I first saw the report, I remarked to my wife that lawyers would probably get most of the find. This was not idle conjecture, for the incident recalled an incident in the early 1970s. An old farmer in the northern part of Montgomery County, Maryland, had died. It had always been rumored that he was rich, so his estate’s executors commissioned digging around his property. Ultimately, investigators unearthed metal barrels full of money – a large part of it in silver and gold coins dating back to the mid-19th century. The hoard totaled over $2 million. That’s plenty now, but in 1971 it was really serious money. 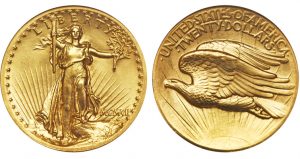 Predictably, a gaggle of relatives – plus a housekeeper who said she was the farmer’s common-law wife – came out of the woodwork to claim the swag. Each of a dozen claimants – assisted by personal attorneys – wanted the whole bundle. Litigation dragged on. Eventually the case dropped off the radar screen and nothing more was heard of it.

Around 1982 I read a small item in the local newspaper that said the “buried fortune” was all gone. Lawyers had consumed it over the previous decade, and none of the claimants had realized a penny. Because each wanted all of it and was too greedy to compromise with the others, no one got anything. Greed had received another payment of its wages.

These two incidents where greed caused unnecessary ruin came to my mind as the bizarre case of Jussie Smollett unfolded in Chicago. Engaged in a promising career which paid him at least $20,000 per episode (accounts differ on his exact salary) for acting in the TV-series Empire, the 36-year-old actor somehow decided that faking an attack on himself, with racial, sexual, and political overtones, would be useful. Mr. Smollett told Chicago police that at 2 AM on January 29th two white men wearing MAGA hats waylaid him on the street, shouted racial and homophobic slurs, beat him, poured bleach on him, and put a noose around his neck. He said the men yelled, “This is MAGA country,” as they assaulted him.

When the report of the “attack” emerged, politicians and reporters jumped on the story with both feet. Several blamed Donald Trump’s hateful mien for causing “this despicable act.” The unreported pre-cursor to the story had been a “homophobic death-threat” spelled in cut-out letters, addressed to Mr. Smollett, which arrived at the Fox studios where Empire is filmed on January 22. Mr. Smollett reported the “MAGA Country” attack a week later.

On January 30th police released a photo of two “persons of interest” who were filmed by surveillance-cameras in the area where the alleged attack occurred. The attack was not captured in the surveillance footage, however. After two weeks of emotional public statements by Smollett – including his teary-eyed February 14th appearance on ABC’s Good Morning America – Chicago police found and questioned the individuals seen on the surveillance video. The two men – later identified as Ola and Abel Osundairo – told police that Smollett paid them $3,500 to stage the attack. A police-raid of their home found ropes, masks and bleach. Although of Nigerian extraction, the Osundairo brothers are US-citizens. Police released them without charge.

On February 20th police announced that Jussie Smollett had become a suspect in a criminal investigation, and the state attorney for Cook County charged him with felony disorderly conduct for filing a false report. After that – as my pop used to say – “the stuff hit the fan.” A furious debate ensued in the print- and electronic-media on several topics, including:

Some pols are also bashing the CPD for past discrimination against minorities, and commentators are criticizing police-skepticism about Smollett’s story as evidence of continuing bias – insisting that the minority should always be believed. Current opinions from the liberal side of the aisle range from “Jussie is still a victim” to “he should apologize for crying wolf and casting doubt on reports of genuine hate-crimes.”

Chicago Police Superintendent Eddie Johnson angrily remonstrated about police resources that were wasted in investigating Smollett’s false story. Following reports that Smollett staged the hoax to gain notoriety because he was dissatisfied with his Empire salary, the CPD Super denounced the actor’s fabrication of a hate crime “for a publicity stunt.” For his pains, the actor now faces criminal charges, fines and possible jail-time. His scenes in forthcoming episodes of Empire have been cut, and his career might be wrecked.

Jussie Smollett messed up the good thing he had going because he got greedy. He wasn’t satisfied with pay which most ordinary people would consider munificent. His story is a modern “morality play,” like those two incidents where greed over unexpected largess robbed people of reason and left them with little or nothing. I’m sorry for Mr. Smollett. I hope he can learn from this misadventure and recover, but I’m not holding my breath.

It’s too bad that a promising young actor ruined himself by letting greed overcame good sense. But I am much more concerned about his readiness to believe that Chicago was so invested in the racism-is-everywhere legend that he thought officials would accept his account without critical examination. He correctly gauged the attitudes of many politicians and media people, but he failed to reckon with the professional integrity of the Chicago police, who were unwilling to let the thing slide by without a thorough investigation. In the end Mr. Smollett was undone by greed and because the city he expected to uncritically accept his hate-crime ruse was better than he thought it was.

As a society, we need to take a jackhammer to the belief, held by far too many people, that any grotesquely staged act or story of abuse and violence toward minorities must be true because… well, because we are an abusive and violent people. But this is a lie. It’s a damned lie! Excepting a few rogue elements, we are not such a people. These hoaxes are hurting the country, and it’s time to stop treating them like a harmless game that makes sensational news copy.

Yes, we committed social sins in the past for which we have paid a dear price. But we are a different country now, and we have leadership with a new outlook. Bitter, hateful elements in our society – even in government – smear our current president as a wicked racist who hates minorities and wants to harm them. Those attacks have done much damage, but their effectiveness is waning. Millions of minorities are waking up to the fact that this brash New Yorker has done more to pull them out of the economic slough of despond they have been mired in than any president in the past century. Mr. Trump’s efforts to improve the country’s economy and security have given new hope to minorities. They are working, moving ahead and bettering themselves financially. They have a future.

Perhaps this is why the president’s detractors are so intent on inventing stories of hate and abuse, and blaming Mr. Trump for them. It’s all they have left. They’re desperate. They know he is succeeding, and they can’t stand it.

Pop historians like to call the late 19th century – with its Carnegies, Rockefellers and Vanderbilts – the Age of Greed. But it’s a misnomer. Those zillionaires made their own money and asked nothing from government, or from anyone else, to build their mansions and live their extravagant lifestyles. They did it on their own dime.

The true Age of Greed is now. People build houses in hurricane-prone coastal regions, expecting taxpayers to help them rebuild when storms sweep through. Others live dangerous, degenerate lifestyles and expect others to take care of them when it all goes wrong. Witless young voters demand free stuff, paid for by others. And politicians gain power by making promises to those voters that can never be kept.

Greed is a powerful motivator and a seductive tempter. But it can ruin you. Remember Jussie Smollett and those unexpected treasures whenever you think you deserve more and you want somebody else to provide it.

“Whoever loves money never has enough; whoever loves wealth is never satisfied with his income.” (Ecclesiastes 5:10)

“Watch out! Be on your guard against all kinds of greed; life does not consist in an abundance of possessions.” (Luke 12:15) 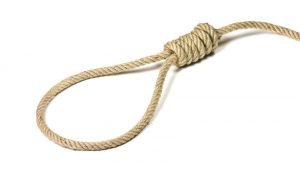