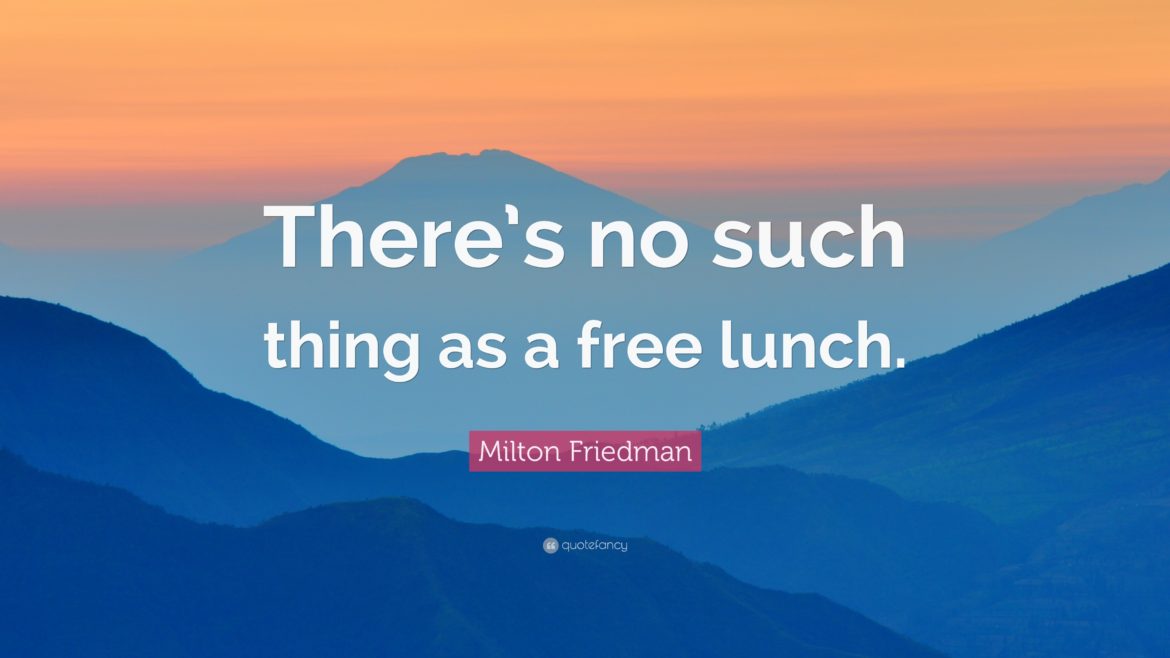 The American socialist politicians are promising their voting constituents through such figures as Bernie Sanders, the politician from Vermont whose economic fortunes have improved drastically since he ran for president, and the socialist Cortez from the Bronx who, although she has a degree from a prestigious and very expensive school, does not know anything about economics or geopolitics, by her own admission, and shows her lack of knowledge every time she opens her mouth.

But her ignorance does not stop her equally ignorant followers to support her generous promise of free rewards:  healthcare, higher education, child care, and housing. Who can resist the promise of Santa Claus?

Higher education is hardly worth the paper the diplomas are printed on when the majors are social justice, women’s studies, racial justice, and other community organizing subjects that the young American communists are “studying” in droves.

Cortez has no idea how she’s going to pay for everything free she promised but Sen. Elizabeth Warren of Massachusetts proposes to nationalize private industry. She can’t let private property stand in the way of establishing a socialist nation where the means of production are owned by the state. https://www.nationalreview.com/2018/08/elizabeth-warren-plan-nationalize-everything-woos-hard-left/

In addition to the “Trump Derangement Syndrome” which afflicts millions of Democrat voters, statism has become the platform of the Democrat Party, which is now a very socialist version of its former self.

Ayn Rand defined statism as “collectivism, the belief that a man’s life and work belong to the state, to society, to the group, the gang, the race, the nation, and the state may dispose of him in any way it pleases for the sake of whatever it deems to be its own tribal, collective good.” http://aynrandlexicon.com/lexicon/statism.html

Fabian socialists like H.G. Wells and George Bernard Shaw would be very proud of our American youth today. Like their European counterparts, they want to reach the goals of socialism through political process and legislative bodies in order to avoid revolution or armed struggle.

Guns, after all, in the hands of ordinary citizens are dangerous, they must be disarmed. In their opinion, only the wise government should have arms. We can see how well that is working in Europe where citizens have nothing to defend themselves with against the Muslim invaders.

Europeans are not allowed free speech. If they try to speak against those who do them harm each day, they wind up in kangaroo courts and then given jail terms for hate speech.

Young American voters love the idea of a Fabian socialist welfare state in the vein of the European states that have such generous welfare and high taxes. Small European nations boast about higher college education rates. In addition to free tuition, they give monthly stipends to their studious populace that can take as long as six years to finish their bachelor’s degrees.

Who would not want to get paid to “study” for six years at the expense of taxpayers who foot the bill and willingly pay as much as 56% of their income so that their dwindling progeny can get a leisurely college degree?

Their Fabian socialism college graduates are now living in the formerly homogenous but now multiculturalist societal dream that is turning into a nightmare of their own making, caused by the tolerant admittance into their midst of endless economic refugees from Africa and the Middle East, refugees who refuse to integrate and are creating violent chaos across Europe.

What a great model to emulate here in the United States! After all, the Democrats and some Republicans alike have deemed that we are not diverse and tolerant enough; we must be forced with the help of the tinpot dictators at the U.N. into population social engineering submission.

Colleges had a limited amount of seats at each university and the competition was fierce. Only a very small percentage of the high school graduates made it to college. And there were no private colleges allowed. The rest had to study in a trade school or find a job working for the state in a menial proletarian job.

Just because you had the best of grades and higher education was free, it did not necessarily mean that you got in. The children of Communist Party members in good standing were admitted first, no question asked and no exams were necessary. The remaining seats were given to the candidates with the highest scores on various college entrance exams.

Some parents chose to bribe the committee members and their children had secondary dibs. Eventually, the best, the brightest, and most studious competed and were ranked for the remaining seats.

Child care and kindergarten were free too, but the seats were limited, much less than the number of children and there was a pecking order which placed the children of the proletariat last.

Health care was also free but it was hardly worth the poor services provided. The wait was long, the surgeons marginally qualified, and the drugs needed to care for the sick were missing from pharmacies due to the ignorant central planning by the Communist Party.

Housing was not free, the proletariat had to pay what the statists decided and it was Spartan and very small in large concrete block apartments without elevators. The exception was nine-story or higher buildings in which elevators were found but broken most of the time. The upside was that people were forced to walk and climb a lot and had good cardio workout and nobody was fat.

Aside from the “freebies” I mentioned, nothing else was free and there was no free speech allowed. You could choose to speak freely but then you were quickly disappeared, never to be seen again.

European Fabian socialists don’t exactly live in the lap of luxury either. Apartment residents are often multi-generational, sharing the same space with mom, dad, siblings, grandma, and grandpa. And apartment renting rights are passed on from generation to generation in a will. Owning a home or a condo is quite expensive and the waiting lists for government housing are quite long.

This is the paradise pure socialism and Fabian socialism bring. Perhaps Cortez, the Latina from the Bronx, should spend some time in Venezuela to experience on her own spoiled capitalist skin what socialism brings to a formerly wealthy country.