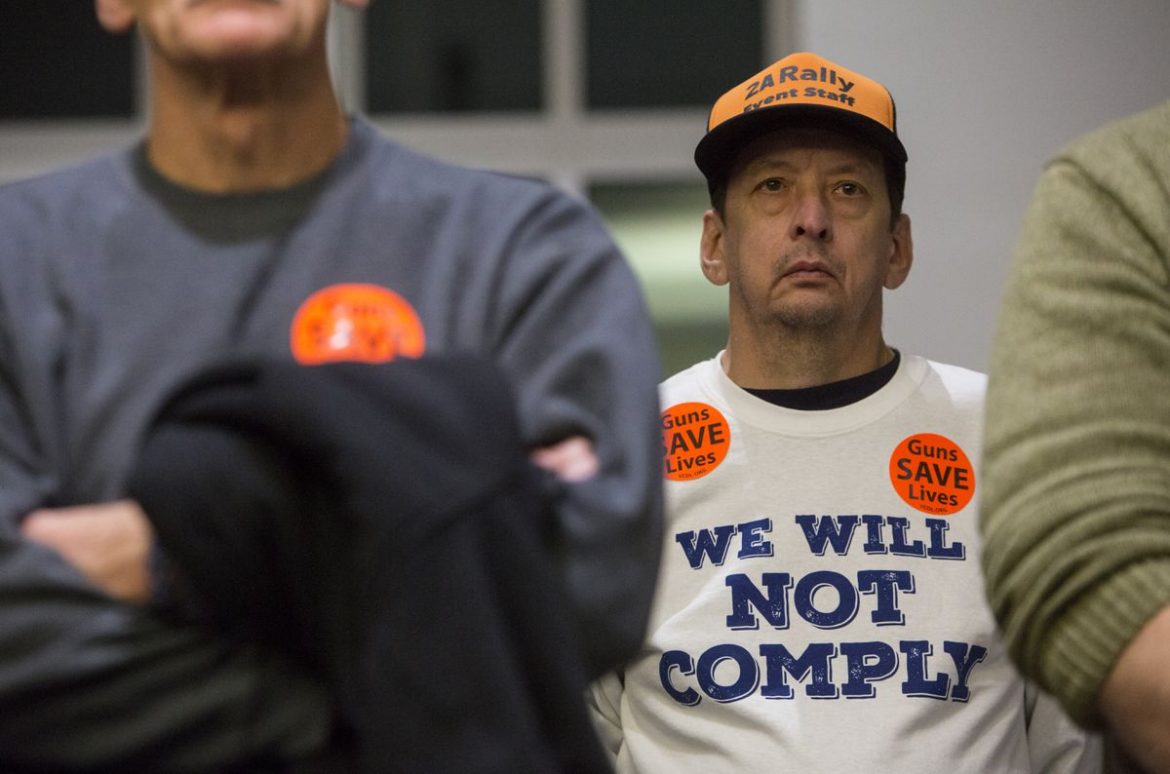 (Walter Williams is a professor of economics at George Mason University. His column was published in the Richmond Times-Dispatch.)

“Gov. Ralph Northam apologized for his medical school blackface stunt, but he will have much more to apologize for if he signs into law a bill that attacks Virginia citizens’ Second Amendment rights.

The measure is Senate Bill 16, which would ban “assault” firearms and certain firearm magazines. Since Democrats have seized control of Virginia’s General Assembly, they are likely to push hard for strict gun control laws.

Those laws will have zero impact on Virginia’s criminals and a heavy impact on Virginia’s law-abiding citizens who own, or intend to own, semi-automatic weapons for hunting or their protection. As a friend once explained to me, “I carry a gun because I can’t carry a cop.”

Eighty-six counties — more than 90% — in the commonwealth have adopted Second Amendment sanctuary resolutions. Spotsylvania County’s Board of Supervisors voted unanimously to approve a resolution declaring that county police will not enforce state-level gun laws that violate Second Amendment rights.

Culpeper County Sheriff Scott Jenkins made a vow during a Board of Supervisors meeting, where the board unanimously agreed to declare the county a Second Amendment constitutional county, to “properly screen and deputize thousands of our law-abiding citizens to protect their constitutional right to own firearms.”

In an attempt to appease citizen resistance, Northam suggested there would be a ban on only the sales of semi-automatic rifles. He would allow gun owners to keep their current AR-15s and similar rifles as long as they registered them. Otherwise, they must surrender the rifles.

I’d urge Virginians not to fall for the registration trick. Knowing who owns what weapons is the first step to confiscation. Northam further warned, “If we have constitutional laws on the books and law enforcement officers are not enforcing those laws on the books, then there are going to be consequences, but I’ll cross that bridge if and when we get to it.”

Some Democratic lawmakers on Capitol Hill say that local police who do not enforce gun control laws should face prosecution and even threats of the use of the National Guard.

Virginians must heed the words and capture the spirit of their two most distinguished citizens, Thomas Jefferson and James Madison, who wrote the Kentucky and Virginia Resolutions. These resolutions referred to the federal government but are just as applicable to state governments in principle.

They said: “Resolved, That the several States composing the United States of America, are not united on the principle of unlimited submission to their General Government … and whensoever the General Government assumes undelegated powers, its acts are unauthoritative, void, and of no force.”

Too many Americans view the Second Amendment as granting Americans the right to own firearms to go hunting and for self-protection. But the framers of our Constitution had no such intent in mind. James Madison, in Federalist Paper No. 46, wrote that the Constitution preserves “the advantage of being armed, which the Americans possess over the people of almost every other nation … (where) the governments are afraid to trust the people with arms.”

Thomas Jefferson wrote: “What country can preserve its liberties if its rulers are not warned from time to time that their people preserve the spirit of resistance? Let them take arms.” Similar quotations about our founders’ desire for Americans to be armed against the possible abuses of government can be found at: https://walterewilliams.com/quotations/arms/“