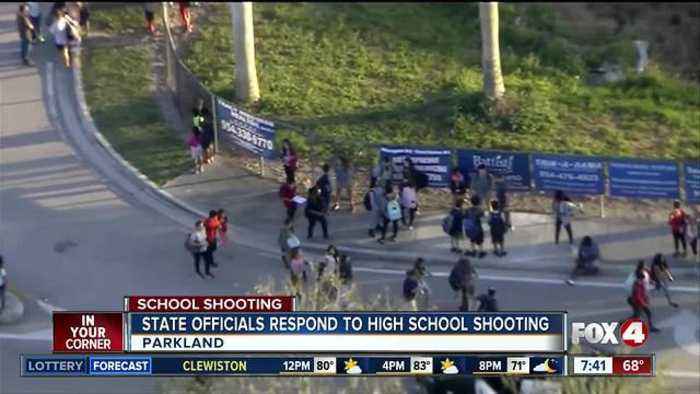 I grew up and went to grade school in South Charleston, WV, surrounded by guns.  I played “Cowboys and Indians” with my friends after school with our cap guns.  I used to spend hours with my friend shooting plastic bottles and tin cans with his BB-Gun.  I was shooting a 20 gauge shotgun and a 30.06 rifle, and going squirrel hunting with my Dad by the time I was 9.  As a teenager I would go to Boy Scout camp every year, and my favorite activity there was shooting .22 rifles at the rifle range.  Two years in a row I won the award for highest target score with a 44 out of 50.

Yet somehow, with all of those firearms surrounding me, none of them ever leaped into my hand and forced me to go on a shooting rampage. That’s because a gun is an inanimate object. It is nothing more than a tool in the hand of a human being. It can only carry out the intentions of its user, and that could be for good or for ill. Evil people and disturbed people are the ones that perform acts of violence, and they will perform them with whatever tool they can get their hands on.

The wake of the latest school shooting in Parkland, Florida has brought a new round of calls for gun control measures from the left. They believe that if we just take away the tool, then bad people will stop doing bad things. If anything, however, the case of Nikolas Cruz proves that all the gun control laws in the world will not work to stop gun violence.

Police had been called to Cruz’ home 39 times, yet he still passed a background check.

Cruz was undergoing therapy for depression, yet no “red flags” were triggered.

The FBI was alerted to postings by Cruz saying he wanted to be a school shooter, yet nothing was done.

There was even an armed Sheriff’s Deputy present at the school at the time of the shooting…but he stayed outside and did nothing.  He has since resigned his position.

Why on earth should we think that one more gun law would have made a difference in this situation? Furthermore, why are we asking law abiding citizens to voluntarily surrender their Constitutional rights to keep and bear arms when it is abundantly clear just how incapable the local, state, and federal government are at protecting us in these situations?

If these people are concerned about safety in America, one has to wonder why they focus on guns? It is not nearly the number one cause of death in America.  There were 38,000 gun related deaths in 2016, with about two-thirds of those deaths coming from suicide.  That leaves about 11,000 gun related homicides in the US in 2016.  That places guns far down the list of the most deadliest things:

Over 37,000 Americans died in automobile accidents in 2016, yet nobody is recommending we raise the age limit to get a driver’s license to 21.

Over 55,000 people died of the flu and pneumonia, but I don’t see a push to make flu shots mandatory, especially since they don’t work half the time.

Over 64,000 Americans died from drug overdoses in 2016, yet the same people that want to take away guns also want to decriminalize drugs.

All of these, however, pale in comparison to abortion. In 2014, the latest data I could find, over 650,000 children were murdered, yet the very same people looking to outlaw all guns are fighting tooth and nail to protect a procedure that is specifically designed to kill an innocent child.

So much time and so much energy is wasted on trying to pass tougher and stricter gun control measures that don’t work, and almost no time is spent discussing the root of the problem. We shouldn’t be worrying about who owns a gun.  We should be worrying about why our culture is producing more and more people that are choosing to become mass murderers.

It is fair to say that access to firearms has only gotten harder as time goes on and more laws have been created.  Long gone are the days when a teenage boy could walk into a store and walk out with a .22 rifle and a box of shells. Yet when you look at the history of gun violence, especially in schools, you find that the level of violence when guns were easily available, and in some cases even encouraged to be carried, is quite small.

According to data collected on Wikipedia, incidents of school shootings in America was extremely rare for decades, only seeing a rapid expansion in the lass 40 years:

The higher number of dead and injured in the 1960’s is due to the University of Texas Massacre in 1966, and a protest on the campus of South Carolina State University in 1968 where police opened fire on protesters, killing three and wounding 27.  For the most part, the vast majority of these incidents involved one or two people, and were the result of personal animosities or fights. Compare those numbers to the annual number of incidents beginning in 2010:

It is not until the turn of the century that mass shootings at schools become a commonplace occurrence. Now we see as many school shootings in a single year than we used to experience in an entire decade.

What changed?  More and more gun laws were created over that time frame, and easy access to firearms decreased. The famed “Assault Weapons Ban” from 1994 to 2004 clearly did not have an effect. Background checks became mandatory.  Trigger locks are invented. Schools became gun free zones. The limitations on gun ownership and gun use grow exponentially, yet the number of people who have the urge arm themselves, walk into a school, and murder children has been climbing dramatically.  For this current decade, we already have 145 incidents, with 161 killed and another 244 wounded, and we still have almost 2 years to go.

What changed? The answer is that our culture has changed, and not for the better.

We have created a culture that glorifies violence, dehumanizes people, celebrates the deaths of unborn babies, and encourages hateful trolling of people we don’t like on social media.  Why are we surprised when that culture produces emotionally scarred individuals who are numbed to violence and have so little value for human life that they have no hesitation in snuffing it out?

Compare popular entertainment of today to what we had 30 years ago.  Examples of violence and gore that could only be found in the worst of the R-rated slasher films of the 80’s is now available for viewing on prime time network television. Movies used to have a good guy and a bad guy, and they were easily discernible.  Now our entertainment often has conflicted anti-heroes as the main characters, or simply glorifies the villain. Television episodes used to have plots about how the hero was going to save someone in distress. Now our main characters debate whether they should torture their prisoners for information before they shoot them.

Have you ever been driving at high speed, and noticed that it doesn’t feel like you are going very fast at all? That is because your body has adjusted to the speed of the vehicle, and you have become velocitized.  You have become desensitized to the speed of your vehicle. The same thing is happening to our children who are exposed to these ever increasing levels of graphic violence.  As these levels have slowly increased over the years, we have become desensitized to the suffering of other human beings.

At the same time this acceptance of violence is occurring, we are creating an environment that encourages the worst kind of behavior towards our fellow man.

Social media, once thought to be a tool of bringing us together, is instead driving larger and larger wedges between us. People routinely use Facebook to say horrible things to others, or about others.  Things they would never think of saying to someone in person. Twitter is even worse. Twitter is designed to award the meanest, cutting comments about a situation, and allows the angry, digital mob to descend upon an unsuspecting user who does or says the wrong thing.

And our children are both addicted to it, and trapped by it.

More then 50% of youth say they are addicted to their smartphones, and most of the time they spend on those phones is looking at social media. Desperate to be accepted and fit in, our kids subject themselves to ridicule and scorn from their peers. The bullying that used to end at the last school bell now lasts 24 hours a day, seven days a week. Our kids are subjected to a constant, non-stop level of abuse that can easily drive them over the edge to either suicide or violence.

Our culture is dehumanizing people at the same time it is desensitizing them to extreme violence.

If you want to stop school shootings, you need to change the culture:

Finally, and most importantly, we need to end the assault on God and the Christian religion.  The left has worked for decades to remove any vestige of God from our schools and our public arena, to our extreme detriment as a society.  It is time for Christians to stand up with love and without fear to profess the truth about our faith, and to start following the better angels of our nature.  We should be an example for others to follow, and help lead the way to a better future for our children.