Today in Mississippi voters are choosing a Republican U.S. Senate nominee. Insurgent conservative candidate Chris McDaniel forced incumbent Sen. Thad Cochran into a runoff when neither man garnered a majority of the votes in the initial primary election three weeks ago. The 76-year-old Cochran is asking voters to give him a fourth decade in the Senate, and has the backing of “establishment” Republicans clustered around Washington, DC and the Mississippi capital, Jackson. McDaniel is supported by a number of state legislators from around Mississippi, as well as national and local Tea Party and other conservative groups upset at Cochran’s voting record, and his relaxed, back-bencher profile in Washington. Cochran’s daughter, a Mississippi professor, publicly criticized McDaniel as placing a high value on political ignorance, writing that McDaniel “relies solely on Jesus, the Constitution, and common sense.” Predictably for a GOP contest in the South, such tone-deaf criticism has backfired, and most polls show McDaniel handily leading the incumbent.

In a sign of desperation, however, the Cochran campaign is attempting to capitalize on the state’s open primary law by enticing as many Democrats as possible, particularly black Democrats, to turn out to vote against McDaniel, who is alleged to have made racially insensitive remarks during his previous career as a radio talk show host eight years ago. In recent days, allegations of outright fraud and vote buying in support of Cochran’s efforts have gained significant attention. 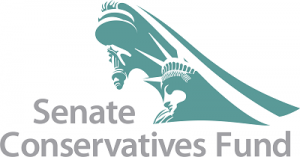 In response, the conservative groups supporting McDaniel have cited the portion of Mississippi law requiring that primary runoff voters be committed to voting for the party’s nominee in the fall, and have pledged to have an army of observers on hand at polling places across the state to help ensure compliance with the law. Among those groups is the Senate Conservatives Fund, led by its new President, former Virginia Attorney General Ken Cuccinelli, who had this to say about the integrity of the election tonight:

The laws in Mississippi are unusually open to poll watching from the outside,” Cuccinelli told The [New York] Times. “We’re going to take full advantage of that and we’re going to lay eyes on Cochran’s effort to bring Democrats in.”

Enter Jonathan Capeheart, member of the Washington Post editorial board, who excoriated Cuccinelli yesterday for having the temerity to support a lawful election. Without even considering whether Cuccinelli’s motives might not be of the lynch mob variety, Capeheart writes:

The timing and substance of Cuccinelli’s announcement couldn’t have been more awful. Michael Schwerner, Andrew Goodman and James Chaney were murdered 50 years ago last week, just one day after the voter registration drive called “Freedom Summer” got underway in Mississippi on June 15, 1964. A year earlier, Medgar Evers was murdered in his driveway. A white supremacist named Byron De La Beckwith didn’t take kindly to his work registering African Americans to vote in Mississippi. Those are just two of many examples of voter intimidation in the history of a state that stubbornly continues to sport the Confederate banner within its flag.

Capeheart says that Cuccinelli “is either ignorant of or couldn’t care less about Mississippi’s violent history of blocking blacks from the ballot box. My bet is both apply.” Yep. I’m sure that’s it, Jonathan…how could there possibly be any other explanation!?! Cuccinelli is, after all, the New Jersey-born Gonzaga Prep grad steeped in Catholic social justice teaching; the law student who worked at homeless shelters in his off hours; the man who stood up to combat sexual assault at the University of Virginia. Except for the name ending in a vowel and all that Catholic stuff, he might as well have been born wearing a white sheet, right Jonathan? Boy, you sure have him pegged! And you called him out for his racist manipulation of the electoral calendar to line up just right with the anniversary of completely incomparable events 50 years ago, too. Brilliant!

More seriously, this kind of mindless, vitriolic groupthink among the left (read the comments to Capeheart’s post if you don’t know what I mean) is really disturbing, particularly coming from a member of an editorial board of a leading national newspaper. We can’t be surprised by it, of course, but it is still shocking that someone with that journalistic stature would blatantly, purposefully conflate a completely peaceful, volunteer election integrity project with brutal violence, subjugation, and murder, and think that’s an OK thing to print.

Apparently, Capeheart is either ignorant of or couldn’t care less about the Washington Post’s ridiculous history of editorial self-parody. My bet is both apply.

Did I read correctly that the usually cogent Steve Albertson used the word “stature” and “Washington Post” in the same sentence? That rag was once a legitimate newspaper but has not been so for years.

Another reason validating the cancelation of my subscription.

Can’t wait for the polls to close…

Mississippi’s election is Mississippi’s business. Ken Cuccinelli and any other out-of-stater should stay the hell out of there.

How exactly are they going to make sure that this law is enforced? Give me a functional way how that happens, please.

it sounds like a “loyalty pledge”. which is unenforceable

The Senate Conservatives Fund – Do you also advocate all other such groups from across the political and ideological spectrum staying out of Mississippi’s business?
Just wondering.

The law in question is largely unenforceable, but not entirely: if you vote in the d-prime, and then turn right around and vote in the r-prime (or the r-runoff equivalently), then you obviously do not intend to support the nominee of BOTH parties for ONE senate seat come November.

The practical way to prevent this, is that pollworkers are supposed to be instructed to check the pollbooks, and make sure that no person is double-voting. McDaniel filed paperwork on August 4th which lists 3500 people who double-voted in this fashion, plus another 9300 who potentially did something like that (a large number of suspected-double-votes were retroactively ‘legalized’ when a pollworker simply crossed out one of the two double-votes!). On top of that there were ~2300 invalid absentee ballots, and Chism data indicating 70% of dem-leaning voters had no intention of supporting the repub-nominee when they voted in the r-runoff on 6/24. At the moment the evidence is being reviewed by party officials on the SREC; if they refuse to overturn, the next stage is likely to be a court case, with the attendant subpoenas and testimony under oath.

Just another example of “attack whom you are most scared of” Had a Liberal group not screwed with the VA Governors election…Ken would be our Governor rather than McAwful. He KNOWS the law and has always worked hard to apply it fairly…shame on the WaPo. This is one of the reasons I don’t read it any more.

Capeheart, a regular on Morning Joe and other MSNBC propaganda is the dimmest bulb in the drawer.
He’s such a mediocrity that it’s truly a wonder the editors and producers keep him employed, as he constantly self-caricatures the Left. You think they would know better.

Actually, he’s probably the best MSNBC can attract, given their in the toilet ratings.

WaPo is a smut rag no better than the National Inquirer . And I’ve told them I wouldn’t use their paper to wipe my behind if I was out of toilet paper .

Don’t denigrate the Inquirer… They did after all out John Edwards.. Beating EVERY other media!

Our side needs to use the same tactics against the enemy.

Steve, what would it take to get you to write an article about the upcoming McDonnell trial, information about MORE unreported gifts, $23,000 vacation, etc.?

Any truth to the rumor he was willing to plea, until he found out he would have to get a prison haircut?

Maybe you could touch on the reported serial voting by Scott Walker supporters when you got a few extra minutes?